A Ripple Conversation With Julia Bentley From Night Goat 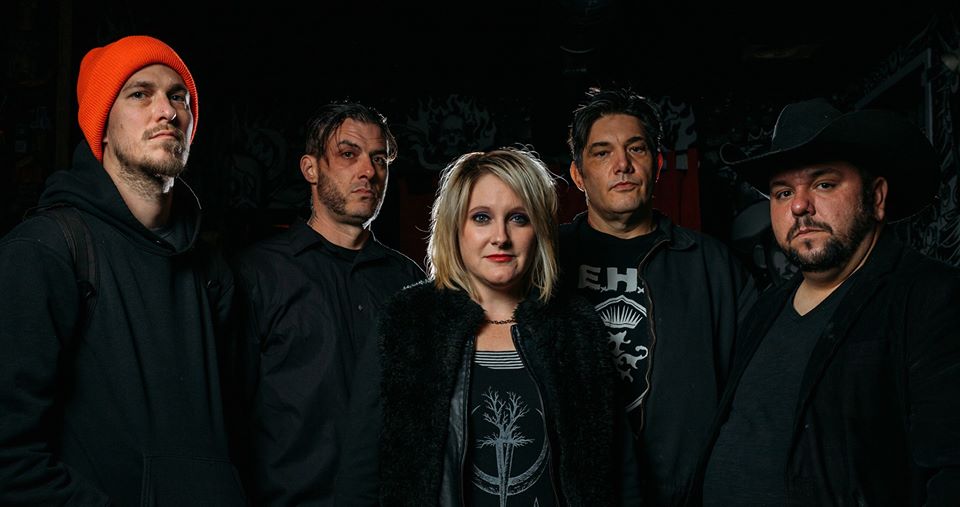 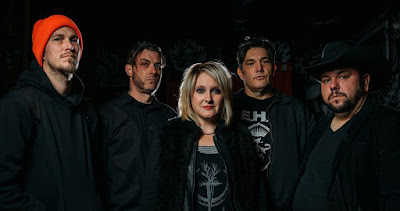 I was a huge music fan growing up and was heavily influenced, naturally, to what my parents listened to on records: The Beatles, The Doors, Neil Young, Pink Floyd, Steppenwolf, Black Sabbath...I was about 13 when Nirvana, Soundgarden, Pearl Jam and all of the grunge scene music popped through. It all had such a dangerous, anti-mainstream, anti-establishment angst to it that was intoxicating and enticing. It was a musical epiphany for most of my generation, we were all part of a revolution in music that I have not witnessed since...it fueled my spirit to attempt to start one.

It starts with an idea (usually something we have seen/witnessed or heard about) then the idea becomes a riff. Then the riff becomes alive with everyone else feeding off of each other. Lyrics are always last. By the time the song is figured out, I can hear what I will sing within the path of all the instruments. We all just kind of feed off of each other and it falls into place.

Personally, for me it has been my brothers and uncles as my biggest influence...I was always the sister hanging around all the band dudes in the scene growing up, for my brothers. Our uncles were all in rock or blues bands in Detroit, and I had the opportunity to be around creative people early on, and my parents always encouraged it.

Within ourselves....I think most of our music writing happens organically, when it's ready to pour out. It's like a purge... or an exorcism.

Good 'ol Canton, OH... Canton's claim to fame is the Pro Football HOF...to me, it seems like music like ours (and alot of other local bands) that don't fit into a generic "hipster box" will never be recognized as good music in our town... just because it doesn't fit in that music "box" that is "safe." Support for the edgy/non-conforming local musicians is sparse...but that keeps the underground scene thriving and creating. For us, I feel like it just makes us want to do it louder and louder... 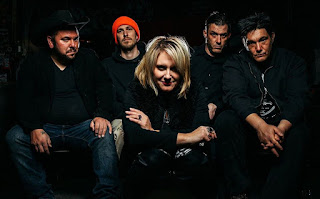 We all like The Melvins...it's the name of a Melvins song.

I think it would be our song THE GREYS.  It has some interesting ideas in it about the paranormal. witchcraft and alien life. Our intent was to give the listener a sonic glimpse into the madness of a broken mind. Is this truly happening to our to the character in the song or is this a psychological breakdown? Are there darker forces at work possibly? Maybe the aliens are demonic primordial horrors of an ancient tribe masking as travelers from the stars… high weirdness.

I vomited off the side of the stage at Lucky 13 in Brooklyn NY during a brutally hot set and kept on rolling with the song!  Chris had an amp fall over on stage and collapsed an entire drum set in one fell swoop!

For me there is like a part of me that is suppressed until I'm in the moment. I believe it stems from the plight of the modern woman in today's world...it's insanity. If you are aggressive or assertive, you are a "bitch" or crazy...and you know what? It IS maddening....and it feels so good to just not give a damn. It's like...I am doing what I know a lot of other women are feeling. And that is a good thing to just cast off the expectations and freak everyone out a bit...leave em confused and make 'em think outside of their expectations.

Anything that can connect on some level with other people whether that be for entertainment or emotional purposes.

Head Lice...for me, I think this song has a lot of raw, in your face lyrics that seem to smash with the total heavy build up that just kind of leaves me shook. Especially during a live performance. 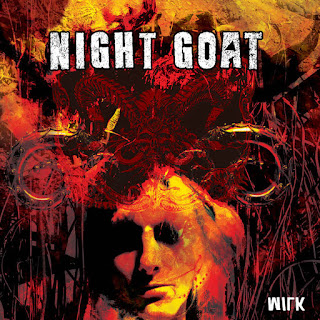 Vinyl...It's ridiculous how much more a record can hold onto a moment so much more clear than anything else. It's like energy etched in time...a living, breathing time capsule.

Whiskey...because Jameson is the nectar of the gods.

We are from Canton Ohio... but roll 20 minutes north up to Akron to Square Records for killer vinyl!

Some touring! Working on  getting our music to as many people as possible.

Just check out our bandcamp page, if we come to your town please come say hi to us! Keep supporting independent music!
Posted by The Ripple Effect at 12:30 AM