A Ripple Conversation With Björn Birnir Of Keelrider 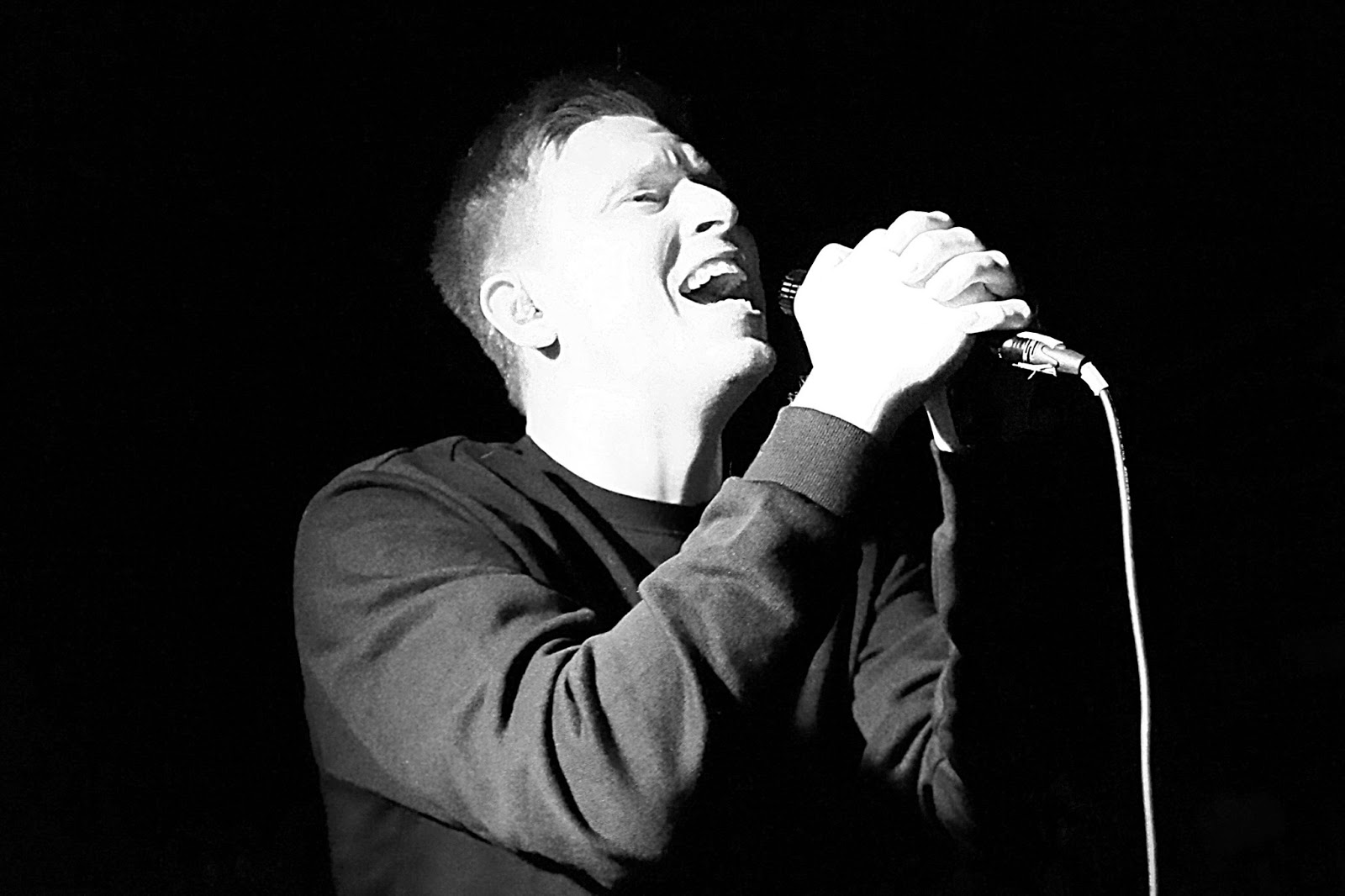 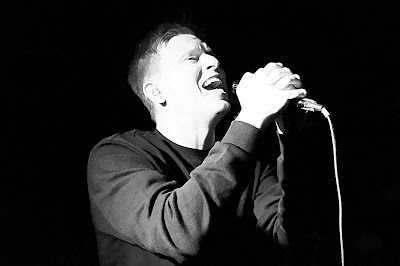 Well… I’ve had so many but one that I think about all the time is when I was about 10 years old my older sisters (twins) who where deeply into heavy metal told me to come over by the cassette player… they told me the intro was supposed to illustrate the adrenaline pumped heartbeat of a warrior in battle, this was in the dark ages mind you, pre-internet that is… anyways… so they pressed play and left me alone in the room… the song was “refuse/resist” by Sepultura and my mind was blown into about a million pieces. Another one was hearing “Blackwater Park” by Opeth; “Orion” & “Call of Ktulu” by Metallica (and a buuuunch more of their songs), “Floods” by “Pantera”(the solo… that GODDAMNED SOLO!!!) I could go on for days & days…

Well I’ve done the bulk of the writing to date… Everything starts with a riff for me. I at any given moment have like 10 riffs floating around in my head, usually there is a off-beat, odd-timey or weird (to me at least) quality to them, something that grips me, then I’ll play them every now and again and something gets added to them, an idea appears. If it flows together it stays and so the songs get pieced together… usually a few of the riffs floating around fit together in a song all of a sudden when something comes to me. When the music is ready I find the vocal melody and a syllable count that fits the beat… then lastly I write the lyrics within the constraints of the chosen melody and syllable count… but usually by then I’ve kind of happened upon what the song is about… the feeling of the melody usually brings a theme to light.

I’d say I’m influenced by many people, mostly those who’ve overcome great difficulty by the strength of their character and resolve, my mother is one of those people, incredibly strong, incredibly kind. But also I’m influenced everyday by the less admirable qualities of people… how brazenly some people treat others by how they look or dress or even what they do for a living instead of their personal qualities or what they say or how they think… their intent. 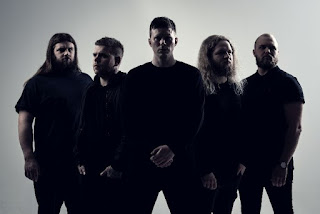 Everything pretty much just happens automatically… I don’t really look for ideas… I just give them a bit of space and they come to me… I regularly fear that my latest idea will be my last though haha.

It’s cold and dark a good chunk of the year here in the north… I’ve moved around a bunch I guess between Iceland, Norway and Sweden growing up, but Reykjavík is what I’d most consider home and the other guys in the band would too. Pétur our drummer lived in Denmark for a few years as a kid and Benedikt our rhythm guitar player lived in Norway for a few years. The terrible weather here in Iceland pretty much breeds artists because… well we spend a lot of time in doors.

It took me a while to come up with the name because almost everything is taken…We needed something that has a cool literal and metaphorical meaning, it had to be one word, it had to sound cool and not be used by anyone else and preferably be completely distinct so that people can google it and not be drowned in unrelated things with a similar name for pages and pages… Keelrider… the visual it conjures up in my mind is someone with ropes on his hands and feet… riding the keel of a ship with pure spite in his eyes. The literal meaning is someone riding the keel of a ship. The metaphorical meaning is to never give up, even in your darkest hour… and let’s face it.. when you’re riding the keel of a ship things are looking fairly bleak.

I feel like we could write the score for a bunch of different movies, but let’s start off with a dystopian sci-fi movie… easy(not really) money!

Nice try! Let me counter with a question of my own… If you were to write a song… what chord progressions would you use and what would the lyrics be about… roughly speaking(asking for a friend)? 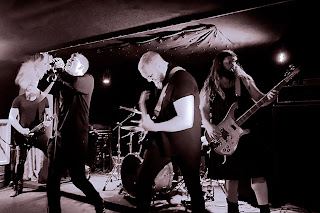 I was fiddling with the mic cable once and unplugged my mic… got it plugged in by the skin of my teeth the exact second I was supposed to start singing. I may or may not have accidentally chipped a front tooth with a microphone also….Benni our guitar player has fallen off at least a couple of things that to him seemed perfectly reasonable for a 250 pound man to jump onto(few things are) in the heat of the moment. Pétur once broke 3 drumsticks during a 45 minute set and the last one fell on the floor… so he played the drums with his feet and one hand while scrounging around for the stick… which he did find but things definitely sounded weird for a bit. One show after jumping into the crowd while screaming my lungs out, it was the last song in the set, I passed out really briefly but I came to before I hit the ground, then screamed, lights out again started falling came to again, don’t think anyone noticed.

We aim for destruction, when the sound is halfway decent in our ears or from the monitors… we do.

Honesty. Both writing everything with intent and not having having a part in the song wasn’t written with emotion. I change things I write if they don’t make me feel something, I don’t use filler riffs or lyrics. I think if you mean what you write, it comes through and resonates with others.

Not much to tell I was probably 10 or 11 years old…It was an instrumental song Em – partial G (G, B) – F# (single note, second fret, heavy E string) let all the strings ring out as you play. I think pretty much everyone who owns a guitar has written that song at some point.

The song “Stay” off our first album, it’s the first song I completed, recording and the works. Finishing that song is what started this band.
Who today, writes great songs? Who just kicks your ass? Why?

Mikael Åkerfeldt is pretty ridiculous… how he manages to sing or even stand up while playing what he plays is beyond me… and it sounds absolutely faaantastic as well. But probably now more people than ever are writing great songs… and they have an opportunity to broadcast them as well! 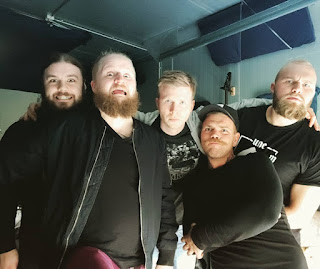 Digital just due to convenience… but vinyl is… come on… it’s just the best. Vinyl looks and feels right, sounds right… Putting a vinyl record on is a ceremonious act almost and a commitment. I never forget seeing my sisters “Ride the Lightning” and “Master of Puppets” vinyls as a child… I thought those records were the coolest things in the world and they were absolutely not to be played with!

Yes! Love both very much. But if I can only choose one… I’ll go for beer because I can actively drink it for a whole evening without blacking out… but this is a painful question to answer and I want to add like a million caveats.

Reykjavík! Lucky records, Reykjavík Record shop, Smekkleysa and 12 tónar will get you going at least!

We have 2 singles left to release before the LP comes out hopefully next summer, we’re playing all the shows we can, trying to stay active on socials and doing videos etc. Just expect more and expect the distant sound of Keelrider to get closer to you all… wherever you are!

Just thanks to everyone who checks us out, for those who like us don’t hesitate to like our FB page and follow us on the social media, it enables us(and others) to track our progress and makes us feel warm and fuzzy inside!  Thanks Ripple Effect & thanks to all the Waveriders and readers!
Posted by The Ripple Effect at 12:30 AM