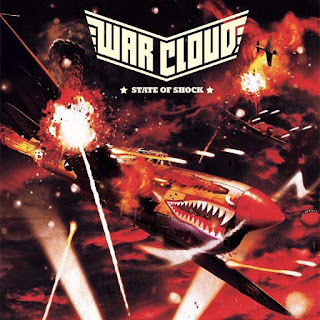 The CD generation was an odd one. I remember it’s birth, way back there in the early/mid ‘80’s. I fought that motherfucker tooth & nail at the beginning, clutching onto my precious 12” records like they were my mother. But, of course I succumbed. One of the crazy things about that succumb-ation (is that a word? Yep, I just used it, must be) is 79:57. That was the amount you could fit on a disc (with my Phillips burner, anyway). Bottom line was, everybody and their brother knew you could basically put a double album on a CD. Bands knew it, record companies knew it. So, what happened? Load em up! Bands who’d previously put out records that were 37, 38, 40 minutes started upping the ante: 56 min, 64 min, 70 min, 77 minutes!!! There’s only one problem. Everyone doesn’t have “The Beatles” or “Tommy” in them. What we ended up with were a succession of bloated, weighted down & filler-crammed pseudo-epics that were a sleep-inducing chore to listen to. They sure weren’t “War & Peace” & had more to do with filling the limits of the 80-minute medium than rock & roll.

Which brings us to Oakland CA’s WAR CLOUD. This 4-piece has everything to do with rock & roll. They have everything to do with the kind of hard rawk metal that populated the blistering pre-digital landscape of the NWOBHM and the few years before it. Think about what bands like RIOT and early VAN HALEN & AC/DC did. They kicked your ass from stem to stern in 40 minutes or less. Remember “Sad Wings Of Destiny?” Of course you do. 39:12. I know, that blew my mind too.

Here’s the thing. WAR CLOUD is not even “Sad Wings...”-complicated. This is a slab of blistering 3-5 minute, action-packed riffers. If that ain’t enough, they’re loaded to the brim with super-catchy melodies, seething lead guitar and throaty vocals. One thing I really like about WAR CLOUD is the way they mix up the rhythms in the songs, slipping seamlessly from a mid-paced chug to a breakneck freight train during a hot-ass guitar solo & back again. This album also sees the addition of new guitarist Jesse Serrano and the 4-piece gels mightily on cuts like the lethal opening “Striker,” the title track and the instrumental “Tomahawk.”

You can have epic albums, mammoth musical texts of biblical proportions...and sometimes that’s cool. But you can also get yourself aurally murdered, like you did in 1979. WAR CLOUD is straight up to the task...and more!