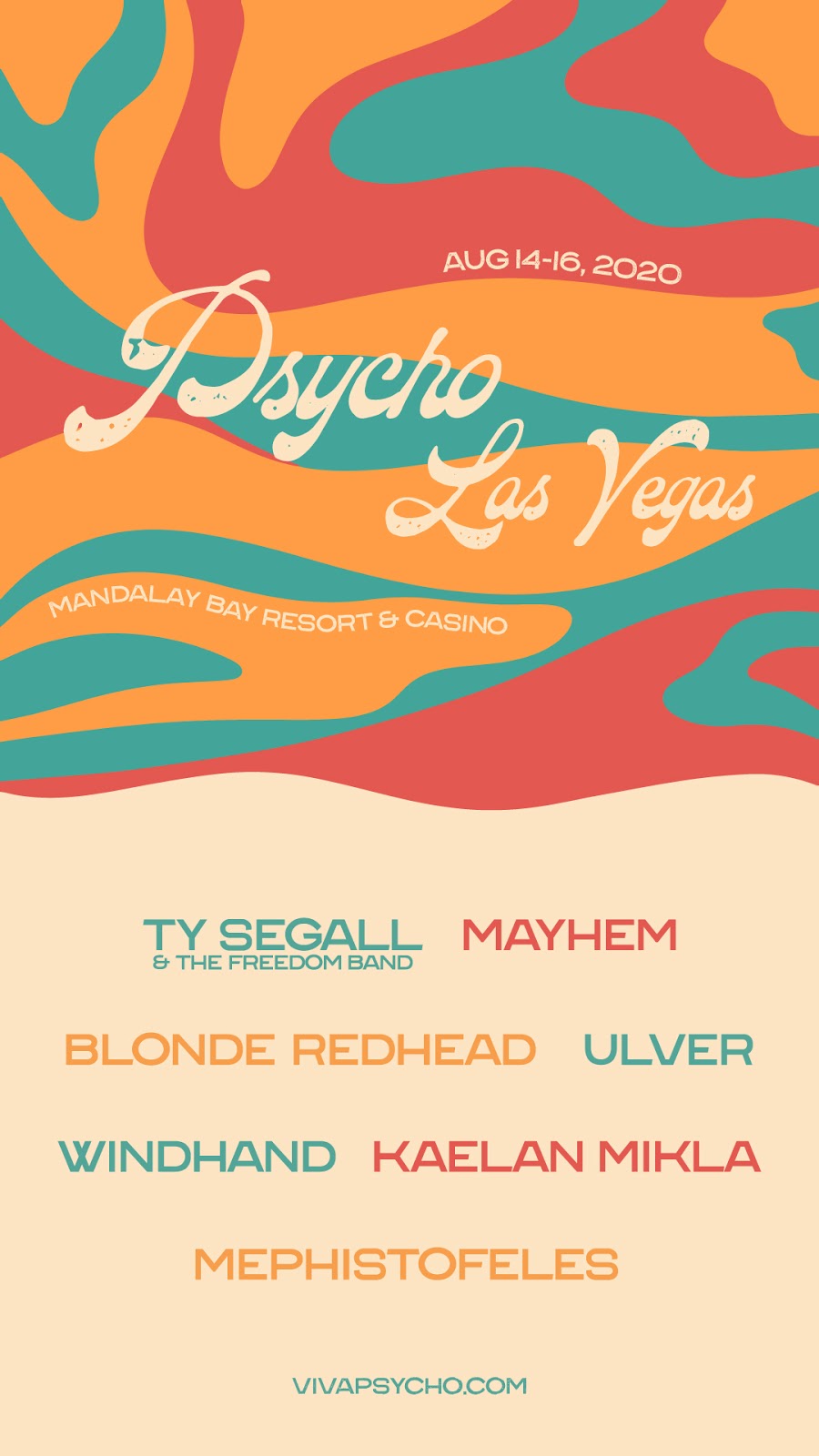 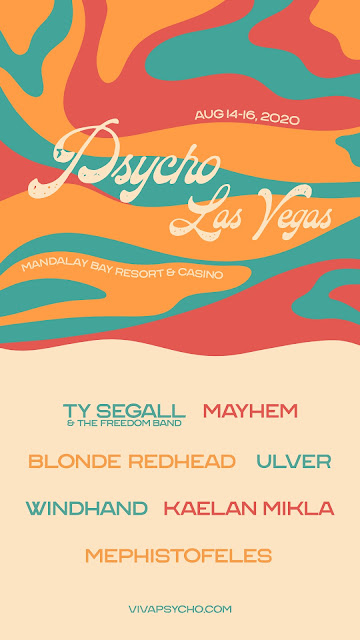 Now approaching its fifth year in the swirling neon decadence of Las Vegas, the resort-wide takeover will utilize four stages including the world-class Mandalay Bay Events Center, the iconic House Of Blues, Mandalay Bay Beach, and Rhythm & Riffs Lounge located at the center of the casino floor. With its signature mix of grit, grime, and grandeur, PSYCHO LAS VEGAS 2020 will continue to redefine America's conception of what a music festival can be.

Tickets for PSYCHO LAS VEGAS as well as the PSYCHO SWIM pre-party, which requires a separate ticket from the main festival pass, are on sale now!

Tickets for all PSYCHO LAS VEGAS events can be purchased at VivaPsycho.com or AXS.com.

Meticulously curated, PSYCHO LAS VEGAS has gained worldwide recognition for consistently delivering lineups that grow increasingly diverse and eclectic with each passing year, the magnitude of which have yet to be seen in North America. From post-rock, to black metal, to world music and even electronica, PSYCHO's wide-ranging allure has expanded ceaselessly since its inception, bringing together musicians and artists from seemingly immiscible corners of the musical world.

Wrote Las Vegas Weekly in a retrospect of 2019's event, "PSYCHO LAS VEGAS 2019 was a dream...PSYCHO's organizers deserve major credit... for continuing to program the festival in a unique and interesting way (where else in North America can you witness the dream-pop of Beach House and the prog-metal of Opeth back-to-back on the same stage?)...not much needs fixing, from a fan perspective, at a festival where you can sleep just upstairs from the stages, duck into Hubert Keller and Akira Back restaurants for dinner and never have to hear the words Porta-Potty. If that's not the future of music festivals, we're not sure what is."

Championed Metal Injection, "PSYCHO LAS VEGAS 2019 can be summarized in two words: Holy Shit. This annual party in the Mojave Desert has grown from a simple gathering of doom-centric, riff enthusiasts, into a monster three day [four, if you make it for the Thursday night kickoff], casino resort hijacking, destination music festival. PSYCHO's first year at its new home at Mandalay Bay proved to be a match made in heaven." Hailed Consequence Of Sound, "With over 70 bands on four stages throughout the property, the event has reached new heights and offered something for everyone in attendance... By the time it was all said and done, this year's PSYCHO LAS VEGAS was a smashing success, and has officially established itself as one of the premiere festivals for heavy music in America." Added Mxdwn, "Nobody is putting together bills like this and simultaneously challenging and rewarding fans for coming along for the ride. The look of enthusiasm on everyone's face alone is worth the price of admission."