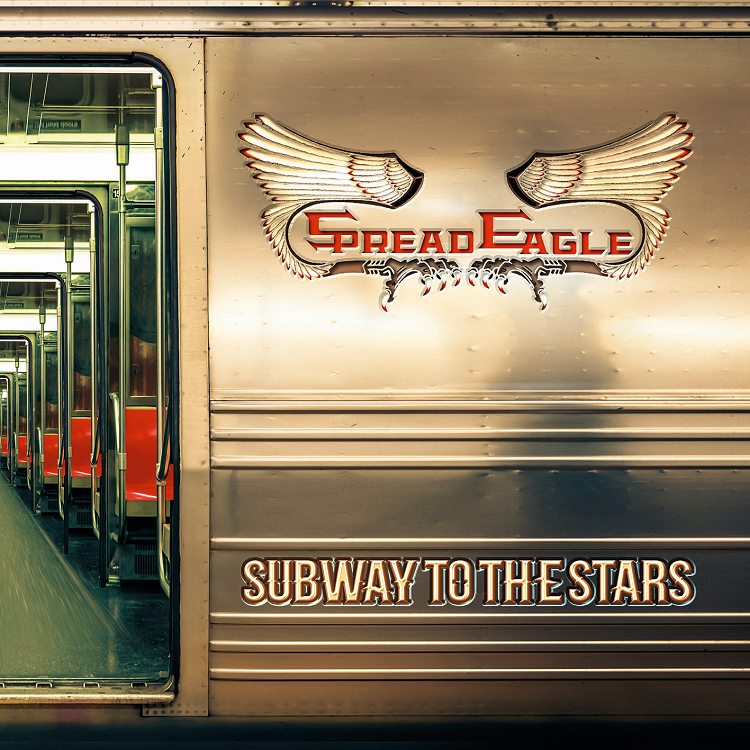 Spread Eagle – Subway To The Stars 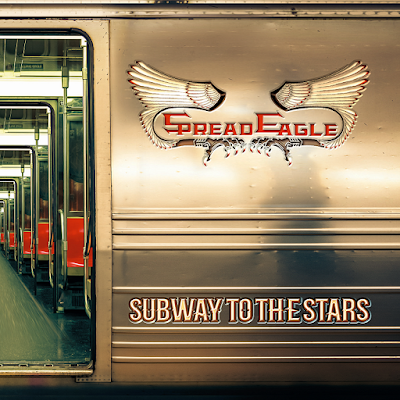 Subway To The Stars sounds of the subway then a crunchy riff pounding beat and thundering bass kick in get ready to rock with one of the best back after 26 years. 29th Of February fast heavy fist pumping sing along metal stand up and shout. Speed Of Sound fast feel good get up and rock out music. Dead Air classical music envelops you then crunchy guitars pounding drums thundering bass and vocals that just take you away. Grand Scam is a great song to hop in your car or on your bike and just jam on down the highway. More Wolf Than Lamb has a very heavy bluesy feel that will pull you in with some emotional playing and singing. Cut Through scorching leads catchy rhythms great vocals hard rock metal magic. Little Serpentina fist pumping sing along melodic metal that will have the crowd on their feet. Antisocial Butterfly another great song to just jam to while crushing down the road just enjoy the trip. Gutter Rhymes for Valentines amazing melodies and vocals just pierce your heart then get ready to enjoy the musical journey. Solitare kick back with the band and some friends just letting the music flow thru your senses. 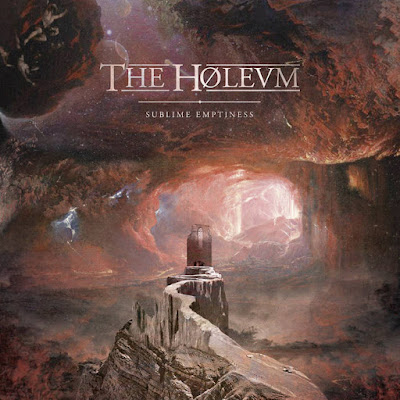 Obsidiana the music just envelops you and pulls you into your dark imagination. Geometric Dance heavy slow moody melancholic doom metal. Protoconciousness the music pulls you into the black abyss of nothingness. Drake Equation the pits of hell open and demons slither out to devour all. Fractal Visions fist in the air head banging doom metal. Metempsicosis eerie melodies just envelop and pull you down into darkness. 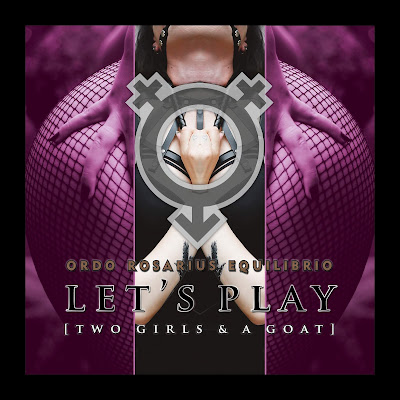 Forty Years After Null (There’s No Answer To The Riddle) the eerie music just envelops your senses with some interesting vocals. Two Girls And A Goat ( I Never Knew) moody industrial gothic music. Evil Wears A Mask With Your Name pulls you into the dark recesses of your mind. I Met Jesus In A Dream (Till Illusions Fall Apart) lost in a dream that turns into a nightmare never being able to get out. Lets Play Said The Rose To The Goat moody rhythms just slide and slither all around you. This Life This Is War (Lets Play Make Believe) classical tone envelop you with many emotions. This Knife Will Steal Your Heart ( Lets Waken The Judas In You) just let the music take over and pull you into a strange dimension. There’s No Pride Love Is Dead (Kiss My Eyes And Crush My Head) pounding drums strange vocals and a weird musical journey. Anoint Me With Vomit (And Desecrate My Beliefs) the music just takes over your very soul and pulls you into a dark place. There’s A Chalice With My Semen (And Another With My Blood) walking thru the woods sounds enveloping you as the sun goes down and darkness envelops all. Social Darwinist Contortion (Who Is Born To Rule The World) wild dreams that you can’t escape just swallow you. Ménage A Trios (There Is Nothing To Regret) just a strange musical journey. The Hierophant The Devil (You Taste Like Innocence And Broken Dreams) classical music strange vocals and a rhythm that just takes over your senses. 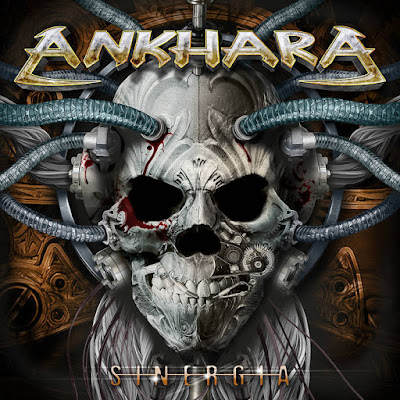 Lord Of The Lost – Till Death Do Us Part 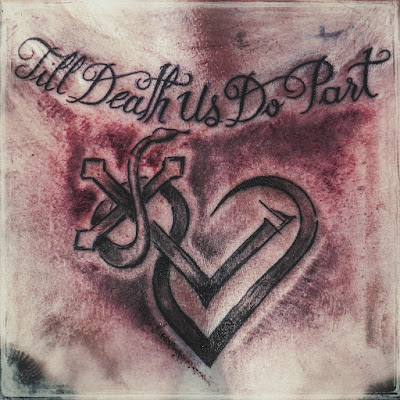 Disc One – Till Death Do Us Part (2019) just stand sway and sing along as the gothic music envelops your senses. Loreley just get up and dance to a catchy rhythm. Morgana powerful majestic music that just envelops you with emotion. Black Halo close your eyes and let your imagination run wild. Drag Me To Hell just a dark industrial gothic tune. In Silence melancholic sounds full of emotions that are dark and dreary. Raining Stars industrial gothic dance music. Full Metal Whore pounding industrial gothic music that just makes your heart race. Dry The Rain (2014 close your eyes and just drift along.) La Bomba heavy pounding industrial gothic music. Six Feet Underground plunking keyboards pounding rhythms just get up and dance. Fists Up In The Air starts slow then just pummels you into submission. Beyond Beautiful lots of emotions just flow all around. Die Tomorrow just get up and let the groove take you along. Blood for Blood has a very rave dance quality to it. See You Again slow melancholic goth music. Sex On Legs will have the crowd on its feet swaying and singing. Prison has a very catchy danceable rhythm and emotional vocals. Break Your Heart just let the music flow thru your very imagination.

Disc Two – One World No Future hit the floor and just dance till you fall down. Death Doesn’t Kill You I Do a very industrial gothic tune. Built To Break just dance sway and sing along. The Most Radical Thing I Do is a very dark gothic tune. La Bomba (Version Espanol) heavy fast Spanish version. Do You Wanna Die Without A Scar let the music envelop and pull you down under. This War fist in the air head banging industrial metal. When Your Asleep loe rumbling bass dark vocals and slow rhythms. Morsal just a slow melancholic goth emotional tune. Another Sunny Day In Paradise hard industrial dance music. Take This Pain Away piano melodies crunchy guitars pounding drum thumping bass with emotional vocals. I.D.G.A.F hard heavy industrial space metal mayhem. One Day Everything Will Be Ok close your eyes and just let the music take your sense to a new horizon. Trisma stand bop dance and slam away. Words Of Sadness emotions just envelop you. Zillah hard pounding riffs and beats that just take over you. Marching Into Sunset a very heavy riff that just cuts right into your soul. Love In A Time Of War flowing melodies and emotional vocals that pierce your heart.

Disc Four -  (Demo 2008) - Till Death Do Us Part  slow gothic metal full of emotions. Dry The Rain has a very catchy riff and sing along vocals. Sooner Or Later melodic piano and vocals. Nothing Words Can Say has a very catchy riff that just takes you over. Not From This World slow moody and gothic. (Vagueness Version 2004) Fragmenting Façade dance and groove along with some catchy riffs. Beyond Beautiful emotional music that builds as it goes along. Seven Days Of Anavrin slow melancholic music and vocals. (Chris Harms Demo 2000) Angel7 lots of emotional singing and playing. (Philiae Demo 1999) Revelation 777 get up fist pump head bang or just close your eyes and drift along. Heaven Holds A Place slow melancholic sing along music. Eclipsed By Eternity acoustic guitar and emotional vocals with a steady beat. (Philiae Demo 1977) Heaven Holds A Place just an earlier version. The Eyes of Love Are Blind builds as the industrial gothic classical music just grabs you and pulls you in.

Email ThisBlogThis!Share to TwitterShare to FacebookShare to Pinterest
Labels: ankhara, lets play, lord of the lost, ordo rosarius equilibrio, sinergia, spread eagle, sublime emptiness, subway to the stars, the holeum, the xroadie files, till death do us part, two guys and a goat