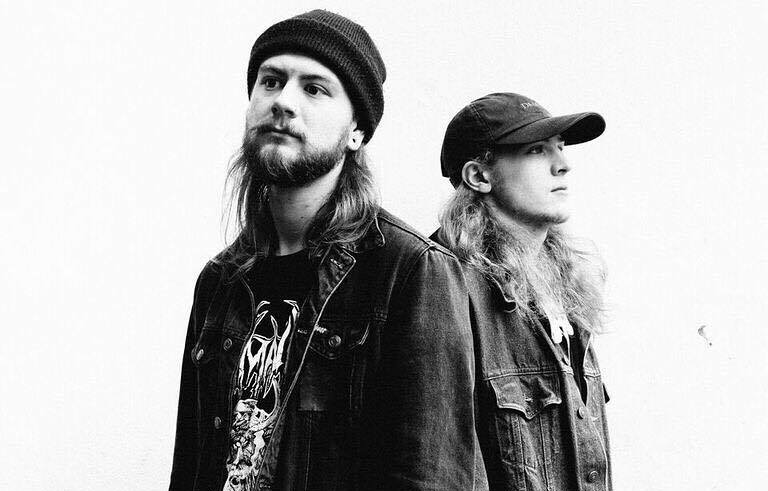 
"It's an open secret that Tuskar need to be be experienced live. This proves, however, they'll crush you in the comfort of your living room, too."
KKKK, KERRANG!

"For being relative newcomers to the game—Tuskar formed in 2016—The Tide, Beneath, The Wall is a big step forward for the band, who are ones to watch."
DECIBEL MAGAZINE 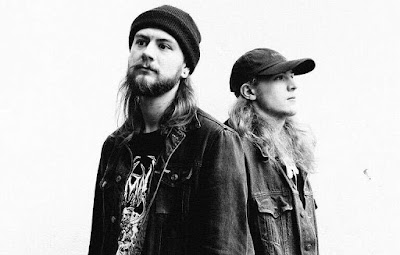 Signed to one of the UK’s leading purveyors of psych, doom and stoner rock in Riff Rock Records, Tuskar – Milton Keynes' most sulphurous “Nuclear Sludge” duo – returned in 2018 with one of the year's most critically acclaimed EPs, The Tide, Beneath, The Wall.

No longer new to the fold, despite having only formed in 2016, for vocalist/drummer Tyler Hodges and guitarist Tom Dimmock, The Tide, Beneath, The Wall marked a significant shift in perspective. Recorded by Slabdragger’s Sam Thredder it ushered in a sea change in scope and sound, which, over three chapters captured punishing progressive sludge and savage, sub-world vistas. Soundscapes shaped by moments of dark brooding doom and relentlessly riff-heavy and psychedelically charged movements.

For Hodges and Dimmock the chemistry they share is unshakeable, both live and in the studio, having grown up together listening to the likes of Conan, Sleep and Darkthrone. Still in their twenties both bring an unmistakable energy and ferocity that has marked them out as UK Sludge Metal's most exiting prospects.

This November the boys are back with an EP to showcase just how ferocious they can truly be. Recorded with Gallows' producer Steve Sears, The Monolith Sessions features four tracks of electric, live-wire sludge that for the first time really captures the band's spirit and sound away from the studio.

Released on 8th November 2019, the EP can be pre-ordered in advance directly from Riff Rock Records.

Stream and share the live version of 'Beneath' – https://tuskar.bandcamp.com/album/the-monolith-sessions 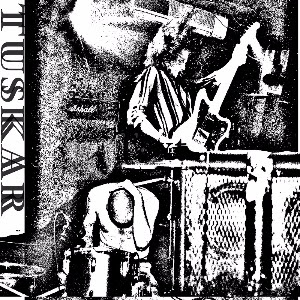 "Like a mad geologist’s spare room, this short record is crammed full of all kinds of species of metal and rock, cramped together in a powerful, multifaceted lump of heaviness."
ECHOES AND DUST

"A deep sonic voyage through extreme virtuosity; like early Mastodon, The Melvins and Ufomammut."
FIRE MAGAZINE