Marillion from a Swedebeast's point of view 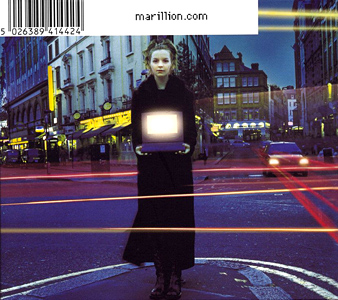 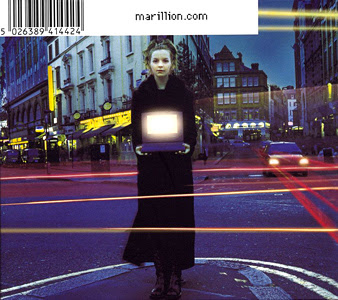 As writing commenced for what would become 'marillion.com', John Helmer was back as a lyricist. In fact, he had returned for 'Radiat10n' but too late to be featured that album. As the guys settled in to work on ideas and arrangements impending doom struck which could have halted the proceedings completely. Riding home on his bicycle from a session, Pete Trewavas was hit by a car and rushed to the hospital. Surgeries ensued as well as recuperation but Pete was back quicker than expected and the writing session never really stopped. So a possible disaster was thankfully avoided. Once 'marillion.com' was completed and released changes did occur within the camp. This was the first time an official single was not released in conjunction with the full-length. True, 'Deserve' was used as promo single, while 'Rich' was used as a radio release-only in Brazil but those were never intended for mass circulation. At the same time, the three-album distribution deal with Castle Communications was coming to an end. Marillion were reluctant to continue with them and when their manager, Rod Smallwood, via his management company, Sanctuary, bought Castle Communications, the band bowed out and went on their own. So picking the title 'marillion.com', which refers to the band's active use of the Internet to communicate with their supporters from now on, was definitely a sign for the future.

One striking feature on ‘marillion.com’ is how reflective it is. Steve Hogarth had been going through marital problems during the last few years which was apparent on ‘Radiat10n’. By now he was coming out of that but obviously it coloured his mindset when writing the lyrics. ‘A Legacy’ is a song of contrasts. While the music starts off softly and retains a positive tone throughout, the lyrics are the opposite. Dark and sad it tells the story of a relationship ending, but going separate ways has not resolved much. ‘Deserve’ is a mid-tempo song with some sharp guitar playing from Rothery, his solo especially is great. The whole band kicks in towards the end in a song about making good changes in your life, no matter how hard it is. Ben Castle and Neil Yates guests on sax and trumpet respectively. ‘Go!’ is the first of the reflective-tinted songs. Being alone and pondering about life with the music being delicate, light and airy, like you’re floating on a raft on crystal clear water. Upping the ante somewhat ‘Rich’ sees the band rock it up a little as Hogarth leads us through a story where thinking happy thoughts and having a positive attitude improves your life. Perhaps he is speaking from his own recent experience having seen his marriage dissolve and this is part of mending process? ‘Enlightened’ is a soothing, relaxing feel-good song with a sense of chilling in a nice summer breeze, while enjoying life and closeness with loved ones even though life can be tough. 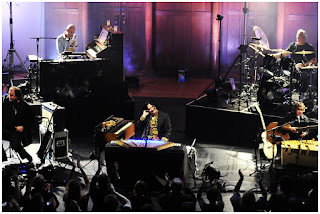 ‘Built-In Bastard Radar’ is a rocker in parts for sure, and even though it goes back and forth in pace the band is firing on all cylinders. Tells about how things many times connects in a cycle, this time in the shape of good guys who are oftentimes overlooked by women who chooses the bad guys. But, once the good guy obtain some kind of fame or stature he treats women the way he was, so what goes around does come around. A lot of acoustic guitar and piano dominates ‘Tumble Down The Years’ which works so well with the reflectiveness of how life turned out the way it did. Over 15 minutes long ‘Interior Lulu’ definitely ties in with the album title and subsequently Internet. Despite being released in 1999 it is very poignant these days, as it deals with how rather bland and non-descript people create online personas which is their exact opposite in real life. Under cover of a computer screen they say things they otherwise never would since the screen prevent proper social interaction. Musically it weaves back and forth between softer harder parts perfectly following the mood of the storyline. Closer ‘House’ is over 10 minutes long and the perfect nighttime song. Kind of jazzy in approach and laidback despite the frustration it portrays. Despite a marriage is over the pain which caused it to end nothing has been resolved. The hurt, the guilt all that brought it on is still there. In a way it ties in lyrically with opener ‘A Legacy’. A coincidence?

To me, the two Steves, Hogarth and Rothery, took the centre stage a lot on this recording. Whether intentional or not can be discussed ad infinitum but they truly stepped up here. However, the backbone of Mark Kelly, Pete Trewavas and Ian Mosley is something else. Perhaps more laidback than ever before, the atmosphere they create and the feelings and emotions they conjure, even by the smallest means, enhances everything within each song. What a band, indeed! One thing I really love about ‘marillion.com’ is how wonderfully Marillion combine polar opposites in many of the songs. Keeping the music calm, soothing and cathartic, in lack of better words, it allows the brain to easier process the darker path the lyrics follows. Another important thing, which has always followed the band, is the extremely high quality they sustain. True, in the past, especially when Hogarth was new and they faced struggles with labels, there were occasionally less inspiring moments yet the band always kept really high standards even for their lows. And now the “new” Marillion was definitely coming together. Personally, I was still in rejection mode when ‘marillion.com’ was released and obviously had no immediate thoughts about it then. But once I finally obtained a copy, some time after the brilliant ‘Marbles’ came out, I was hooked immediately and, of course, I was still kicking myself somewhat for my ignorance. But that feeling was abating quicker by now as Marillion was back in my life again, this time forever.