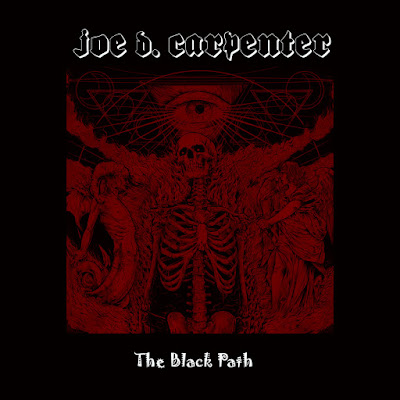 EP numero cinco from the effervescent Joe D. Carpenter, 'The Black Path', took me slightly off guard at first. His approach is still the same, the only difference this time around is the onslaught on offer. Not that his previous releases aren't heavy - they are - but 'The Black Path' is even more darker and brutal which brought on my surprise. More importantly, three quarters of this EP is instrumental where Joe's greatness as a guitar player is allowed to shine. And there's nothing wrong with great surprises, people. That's also part of Joe's talent because I know what a great songwriter and musician he his, so throwing curve balls while keeping the listeners on their toes with each release, that's genius pure and simple! 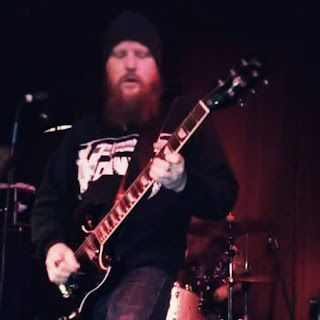 Opener 'Bloodtrail/The Hunted' is a neckbreaker right out from the starting blocks. The vicious vocals heighten the punishing music and together they bring life to the song. It's as if you are in the song being the hunted running for safety...hopefully! The instrumental 'The Widow's Son' follows and is slower but still ferocious and kind of eerie. The solo towards the end is out there in the sense that it is claustrophobic, kind of nightmarish and brilliant. The title track is up next and being instrumental while keeping the slower tempo and nightmarish feel from the predecessor, the lead guitar is amazing. Not only are the solos great but where a traditional verse with vocals would have been, Joe still "sings"with some fantastic lead work. Closer, and the third instrumental on here, 'Cutty Black Sow' is short, sharp and to the point. Picking up the pace, Joe rips through some wonderful solos, all while punishing the listener with a really fresh take on thrash metal. Love it!

Again, as with every EP release bearing his name, Joe keeps pushing the boundaries not wanting to rest on his laurels. And that's how it should be. Of course, this being his fifth EP, he is carving out a sound of his own which follows him on each recording but he always tweak things however subtly. And that's how and why Joe is so relevant with his music. Great stuff, wave riders, great stuff, indeed!