A Conversation with Jay Michaelis From Stateline Empire 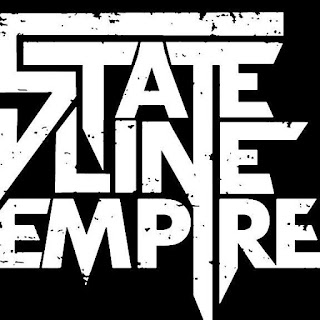 
What have been your musical epiphany moments?


Jay here from SLE. My first musical epiphany was when I was four I saw "Animal" from the Muppets do a shredding duet with Buddy Rich. The vicious way Buddy attacked the kit was life changing. Animal obviously spoke to my spirit as well haha. Next was Cheap trick Live at Budokan, Kiss Alive I,II,and III. I would play those opening fills on the rug till there were marks and dents. Later it would be Exit Stage Left, Sabbath, Repo man soundtrack and all the Rodney on the ROQ comps as well. 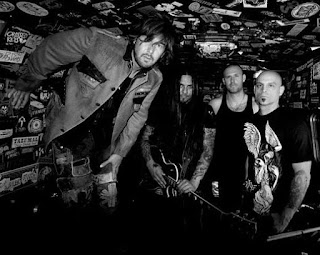 With us, it could be a guitar riff or a drum pattern that we could build off of.  Our song "Kill It with Fire " was written off of a drum pattern. Mostly, it has been Cat coming up with a solid riff foundation and Tony and I coming in and placing our two cents. Lately it's been crazy.  Cat will send out a riff sometimes the day of rehearsal and two hours later at practice we will have another tune. This new stuff seems to be writing itself in a cryptic ouija board kind of way.

Thats a tough one. From a musical perspective, I'd have to say my Dad.  I grew up with mountains of vinyl in the house. On any given day you could here Johnny Cash then Zappa into old doo wop. Pops gave me Motorhead's "Iron Fist" when I was twelve. (another epiphany!)

I teach music full time so I'm always studying up on all styles. I'm a firm believer of the "perpetual student" notion. Once you think you have learned it all, that's where you flat-line. I'm constantly reminded of the beauty of music in that way. When it's authentic and from a pure heart, music unlocks the treasures of the soul.


We're all a product of our environment. Tell us about the band's hometown and how that reflects in the music?

We're from Nor-Cal. It's foggy and gloomy with a touch of sunshine. Our music definitely reflects that. 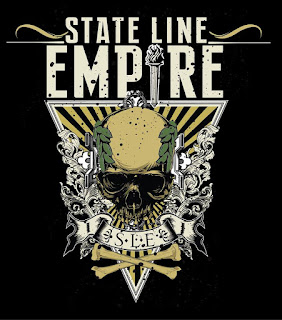 Three words that sounded cool. To me, it represents a time around prohibition when if you could make it to the state line you were good.....


You now write for a music publication (The Ripple Effect?).  You're going to write a 1,000 word essay on one song. Which would it be and why?


I think it would be one of our new ones "Beyond the Cross."  It raises some important issues on religious extremism and pre-judgement.


A Spinal Tap moment for me would be a show at the Whisky, I think we were supporting John 5. I was using the house drum throne and the memory lock failed and dropped. I was now sitting lower than Nicko Mcbrain. On a break in the song I had my roadie throw me another seat. It was maxed out to the highest setting. I went from sitting on the floor basically to standing up. Finished the song! haha. Also i too have played a gig at an Airforce base.  Puppets first ....then Tap


Tell us about playing live and the live experience for you and for your fans?


Playing live is what we live for. It's a natural high to be able to move people with our rock. If our fans take the time enough from their crazy lives to come see us, we owe them a kickass experience.

A great song is one that takes you on an unexpected journey. It causes you to reflect and tap into a deeper meaning inside you. 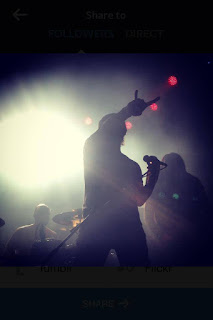 Super Proud of the single "Drive Me" we did with Slash. Although we have morphed into a whole different style since then, it was an amazing experience. We worked with Mike Clink as well. I learned a ton, not only about production, but the business as well. I'm most proud of these new tunes we are about to record. Cant wait to get them out to the masses.


Who today, writes great songs? Who just kicks your ass? Why?


We, at the Ripple Effect, are constantly looking for new music. What's your home town, and when we get there, what's the best record store to lose ourselves in?

We are stoked beyond repair to be hitting the studio next month with nine new songs (written in 3 months). Next show is Oct 17 at The Whisky w/ Saliva.

We are honored to be here. The Ripple Fam has a ton of talent within its roster. Thanks for reading and check us out on all the music platforms or www.statelineempire.com.

Turn that shit up!!!

Posted by The Ripple Effect at 1:07 AM