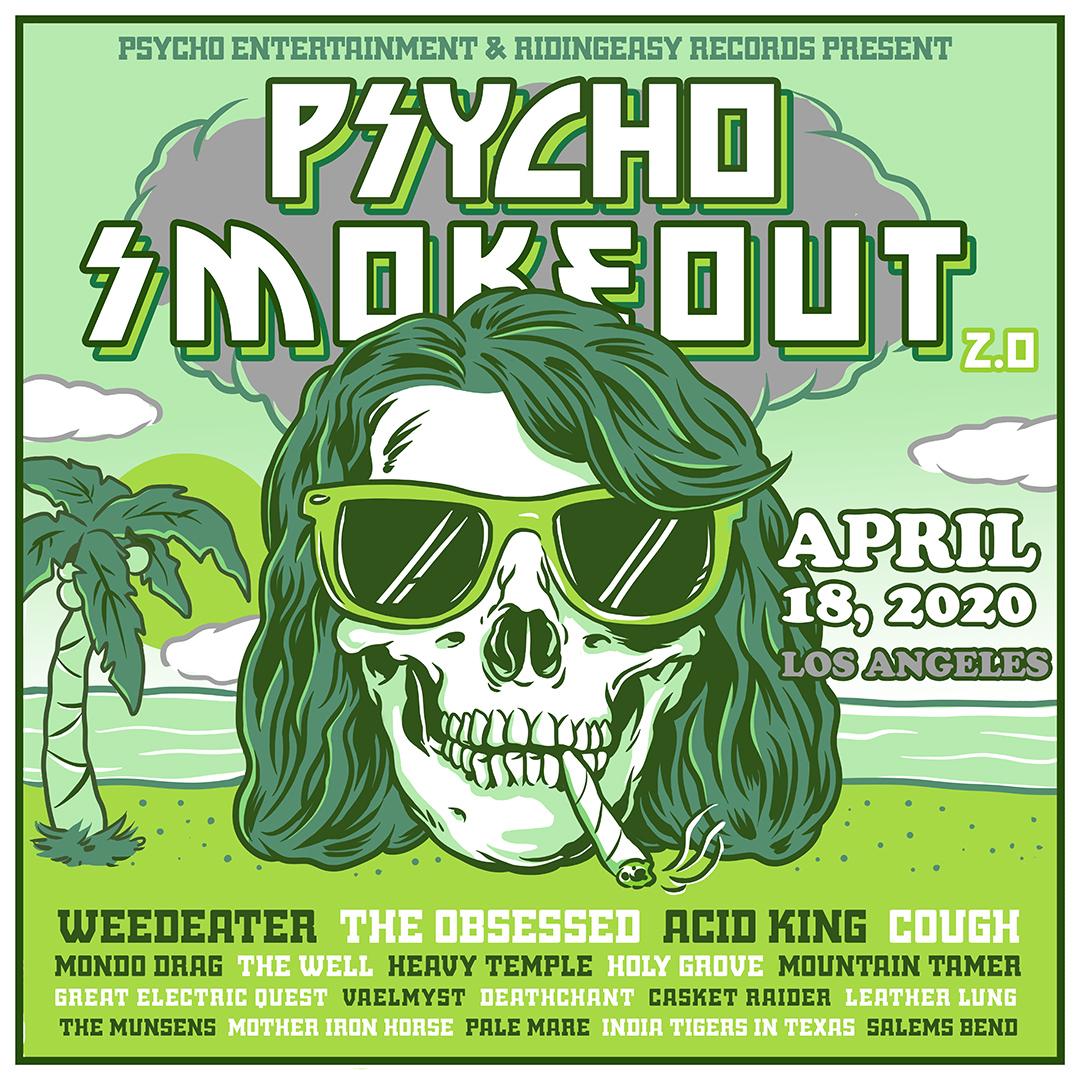 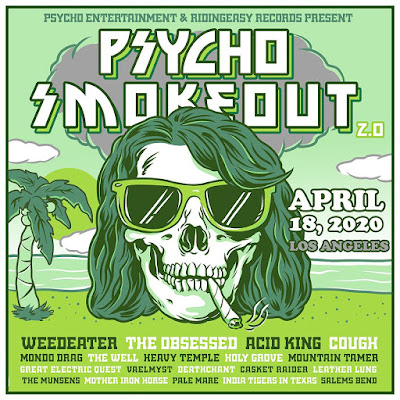 Brought to you by Psycho Entertainment and RidingEasy Records, this year's day-long puffathon features performances from nearly two-dozen artists including North Caroline stoner metal goliaths Weedeater, Maryland doom icons The Obsessed, California stoner rock veterans Acid King, and Virginia sludge bringers Cough, with the final headliner to be unveiled later this fall. Spread across three stages, the glassy-eyed gala will include a massive vendor market and more surprises to be announced in the weeks to come.

Nab your tickets today at THIS LOCATION.