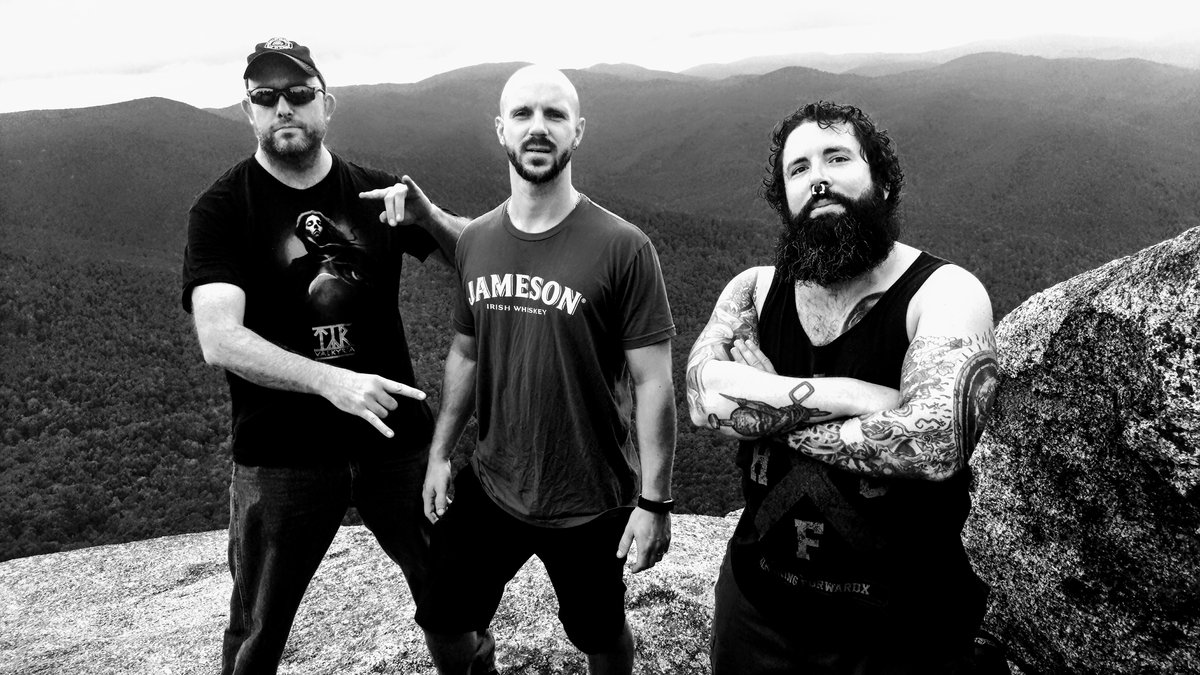 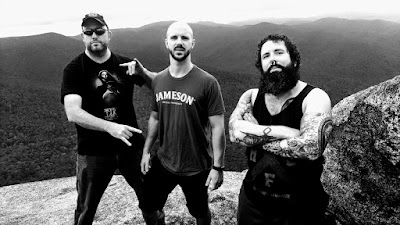 The trio Undesiccated from Virginia formed out of the ashes of the sadly departed giants Lord, where messieurs Steve Kerchner, drums & vocals; Todd Wuehrmann, guitar & vocals and Chris Dugay, bass guitar & vocals plied their trade. Musically they have retained some of Lord’s traits while moving into the grind hemisphere, whereas lyrically the themes are botanical. Strange combination? No, not at all, so let us call their music Botanorgrind. The band name itself indicates this by being the opposite of desiccated, so they are hydrated, full of life and ready to live, prosper and crush. So far the band has released one demo and one EP during 2019, 'Xylem' and 'Mycorrhizae'. And both are under the microscope here, so read on to see what there is to learn from a total of 11 songs clocking in at 17:42. 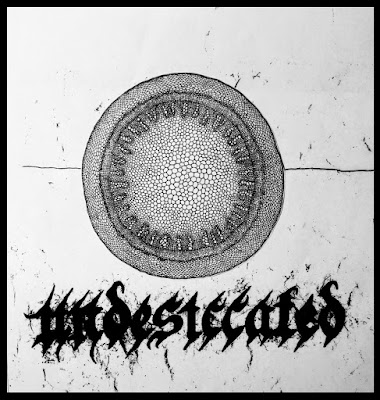 The debut recording is almost progressive when paired with the grindcore tag. Fret not, because it’s a skullcrusher if there ever was one. What I mean is the five featured songs average 2:26 in play time and the guys aren’t afraid to incorporate different tempos and moods. This allows the music to breathe, expand and grow which, in turn, makes it grow. Hmmm, breathe, expand and grow…did I mention botanical earlier? This aligns perfectly with the title which is derived from the Greek word for wood, while in the world of flora, it means the transportation of water and nutrients throughout a plant, as well as being the wood for the stem. And that’s how the five songs work, they supply sustenance for the band to play these badass songs and keep them stable, grounded, focused and undesiccated!

As mentioned above, the lyrical themes are botanical but not exclusively. Each song refers in one way or another to plants, however the atrocities enforced on Mother Earth by mankind is featured as well, or so I assume. The opening track, ‘Heavy Water Is Unto The Progeny Of Life’, which is a juggernaut musically. Heavy, brutal and unrelenting, the use of heavy water is an allegory of how humankind never learn from history and constantly repeat horrific occurrences while handing down this behavior to their offspring. Mitch Olhansky guests on this one with a blistering solo. He reappears on ‘The Thorns Retract’ in the same capacity.

‘Xylem’ is a ferocious debut which leaves no stone unturned. Undesiccated spare absolutely no punches with their somewhat new take on grind. I mean closer ‘Proverbial Substance In The Fruits Of The Tongue’ is over 5 minutes long almost trippy and actually slow for the first half. But it is a brilliant composition and works so well within this body of work. 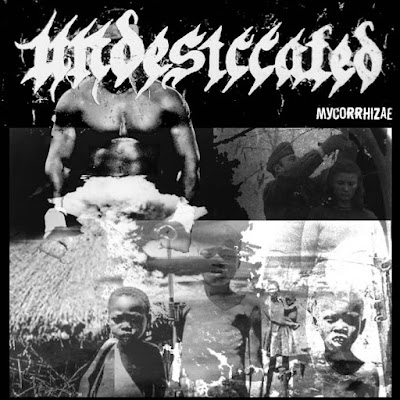 Thematically Undesiccated’s second release, ‘Mycorrhizae’ follows in its predecessor’s path. After all, the title refers to the symbiotic relationship fungus and green plants have. At the same time, a mycorrhizae fungi is the conductor which allows plants to draw nutrients and water from the soil in order to thrive. Musically, the trio are going full-on grindcore, sorry, I mean Botanogrind. Short, sharp, shock this EP is an electric current to the system, if you will, because Undesiccated simply don’t fuck around. Still, they brave the system by not sticking to the norms either in closer, ‘Taru Menyan’, where the progressive streak from the debut shines through. And I love the song and I love them for it. Break the mold whatever music you play and do it your way. That’s how genres evolves!

The other five songs: ‘No Civility Without Compliance’, ‘Tongues Of Life’, ‘Can’t Win Alone’, ‘No Plan Survives First Contact’ and ‘Midazolam’ bulldozes everything in sight. Insane, brutal and set on total destruction musically, this body of songs are combined shorter than the end piece ‘Taru Menyan’. But this brief onslaught grinds me down to a bloody pulp, yet I return for more over and over again. Guess I’m glutton for punishment but if it is this good, so be it, you hear!

Although Undesiccated stripped things down with this release they are still on point. Rules is a word not known within their vocabulary, therefore what they have done with ‘Mycorrhizae’ is the perfect continuation from the debut. And I can’t wait to see what kind of angle they go for next time.

So what did putting Undesiccated under the microscope tell me, then? First and foremost, that there’s a new beast on the loose and that people should take heed. Throwing caution to the wind, the trio are breathing new life into the genre, well honestly, they have created their own style, if you ask me. Check them out and let yourself be immersed by Botanogrind because this is the real deal!