Sundogs - Legends In Their Own Minds 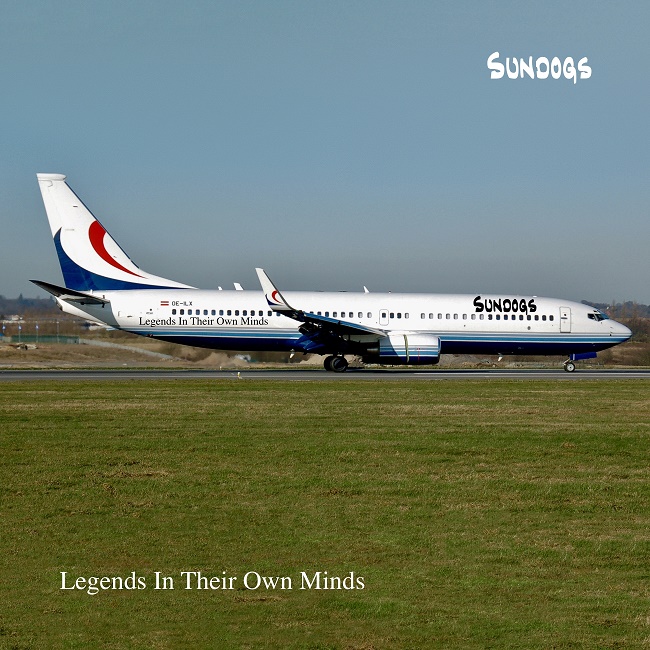 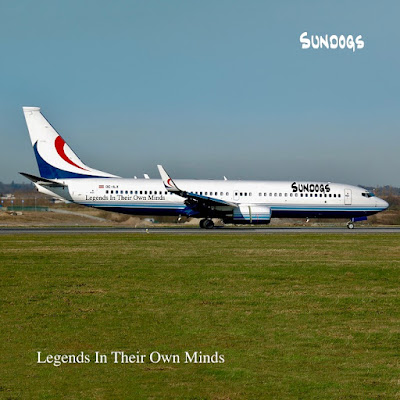 The Sundogs are a Seattle based band formed by Stan Snow and Jed Moffitt. Legends In Their Own Minds is their second video album and includes all original music written by Snow and Moffitt. Their music is diverse in style because Snow and Moffitt approach songwriting from different angles. This gives their music significant variation and they typically alternate tracks throughout the album. Each song is different. Their music is inspired by the days of classic rock and jazz fusion so this is both an audio AND video album. The videos were shot during the recording sessions using green screens, and all videos have CGI post production.

Starting off with the single “Fallen Hero,” you definitely get that classic rock vibe and a damn good song as well. Catchy and tight playing really make for one heck of a beginning to the album. Next you get some of that Steely Dan influence and the jazz feel with the terrific “Snowman.” This is a song that reminded me of the stuff I used to hear coming out of my older brother’s room back in the late ‘70s. With Snow and Moffitt switching from song to song, the variation of sounds is great and really gives you a nice mixture of styles and keeps things interesting. Stan Snow is a songwriter, producer, does vocals, guitars, etc..., and Jed Moffitt is a songwriter, co-Producer, also does vocals and keyboards, while the rest are studio musicians that they hire for the recordings and videos, but they are not "in the band." This album has amazing production, the vocals for both singers are perfect for their styles and the playing is tight, but has a groove to it that really makes for a toe-tapping good time. I really can’t say anything bad about any of the songs; every one of them is great and could be a single.

Grab this album, turn the light slow and groove along to the mixed up sounds on here and smoke ‘em if you got ‘em…you know what I mean. If my brother was still here, this would be on his rotation, so for you Curtis, this is one that I will play for you my brother.