A Sunday Conversation With Sam Orr From 1968. 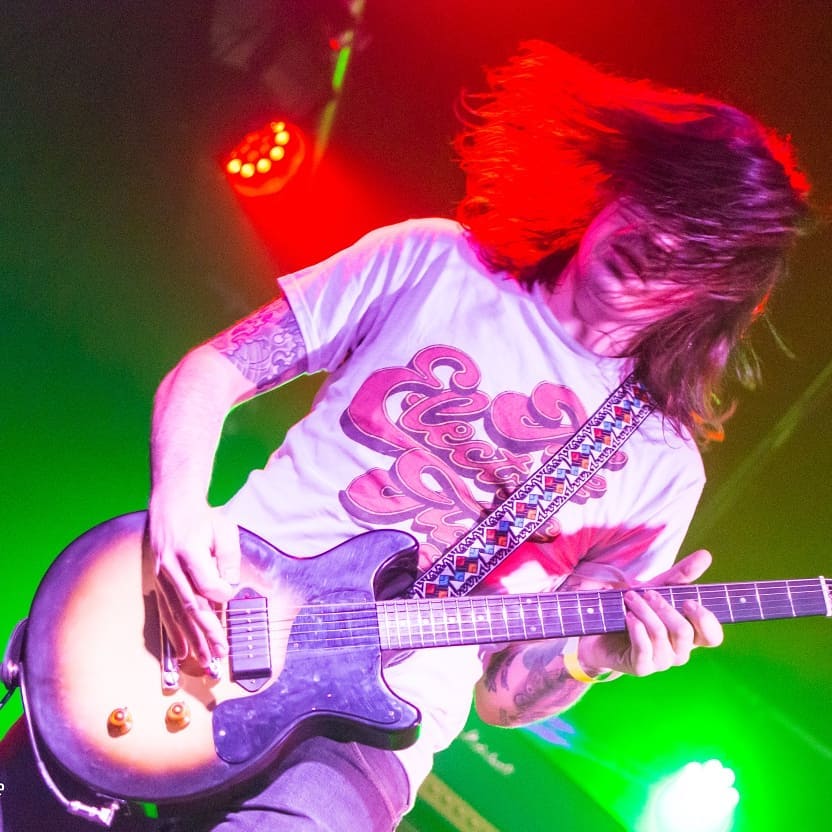 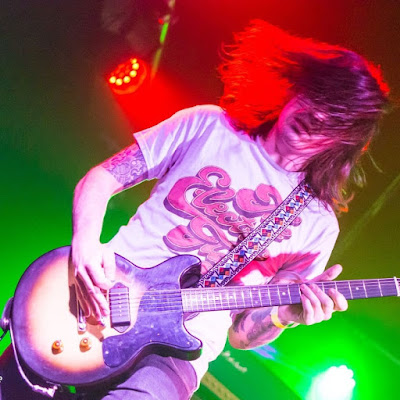 “It’s fairly hard to say, the first cassettes I had when I was around 5-6 years old were George Thoroughgood and Thin Lizzy Live and Dangerous...and MC Hammer. I would study Jimi Hendrix live at Monterey and Woodstock from an early age too. My father had a black belt music taste when I was younger, to be fair. My mother was a soul and Motown fan, so I’d be surrounded by more than one genre when I was a kid. I guess that was a slow-burning epiphany if you can call it that? I’d say the first time I heard Supernaut off Vol. 4 by Sabbath on a Volcom skateboard film called Freedom Wig when I was a teenager, then punk rock. That changed the whole outlook for me.”

“I guess it begins with building up all the stress with life and channeling them into a creative form. I often play guitar at home, jam to blues records or backing tracks at home as a release I guess. Jimi writes lyrics in a book constantly, plus he reads a lot and immerses himself in Greek mythology and interesting books. Dan and Bear rehearse their crafts respectively, Dan sets his gear up at home and jams with his other friends. Then he brings these beats to practice. Bear is constantly modifying his equipment for the best possible performance and jamming with others to test it. The whole process basically begins as a jam when we’re all together. We usually record our jams and listen back for any parts that work out, then figure out how to get to the end of what we classify as a song.”

“I’d say for me, it’ll be Jimi Hendrix, closely followed by Mike Bloomfield...and Rory Gallagher…Albert King...Robin Trower...there’s basically a lot of influences for me and the others.”

“Inspiration is all around us I feel, you can feel a lot better about being creative by eating well, associating yourself with good people and enjoying yourself more, I would say that inspiration, I personally find it everywhere, in good and bad situations. I guess, for inspiration we like to listen to other bands, old and new. Motivation comes from the feedback we receive from most that come to our shows and recordings, that’s an important part of it for us.” 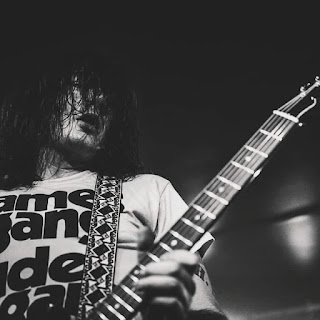 “Well, 1968 has always been a multi-county band, I’m from Chester, Jimi is from Winsford, Bear from the Wirral and Dan from Nantwich way. Meaning there’s about a 30-40 minute drive between us all. I’d say Chester probably has the bigger music scene with places like Telfords and the Live Rooms putting good acts on when they come over. I’m not sure how Chester would have ever affected my music as I always looked to the States and Europe for influences in what I wanted to hear. Our rehearsal space is just outside Chester, that affects us to a degree, our home. Home is where your speaker cabs are.”

“The name came from numerous conversations between me and Jimi and many arguments over it. Initially I liked AcidWølf but it never happened. Then it was nearly GypsyWitch ‘68, we both liked the 68 so we then decided on 1968, as it was the year all of our mutually favourite records were released, Electric Ladyland, White Album, SF Sorrow...and that Sabbath formed that year too.”

“Goodfellas, however, I’m not sure I’d be able to compete with Scorcese on that front. I feel that film had everything music-wise I’d want to hear, when the camera pans back and that pair are dead in the front seat with Duane Allman and Clapton’s twin slide solo singing away over it...far out.”

“Poem 58 by Chicago. It’s got brass, an absolutely fucking killer guitar solo that comes in like a human voice. Played by Mr. Terry Kath. My. Word. The groove is second to none, the voice is pure class, tone of all instruments is just perfection. Thing is, there are too many songs that I’d scribe about and it changes daily, by the time this is out, I’ll have heard a bunch of songs that I could praise for possibly more than 1000 words. Bridge of Sighs by Robin Trower for example.”

“There’s a question, I guess, Jimi threw his own teeth up once, which was quite special. We’d been playing in Hull, Bear bought a huge glass jug full of cider with us, Jimi must have chugged about two pints of this scrumpy...I moved the bottle away from him and then he threw up in a pizza box. When I went over to him with Bear, there was teeth in the box/vomit. We’ve not had many Spinal Tap moments to be fair? We did have our gear arrive by canal boat at a show once, that was fairly Spinal Tap-esque. We were booked to play a show in Sheffield years ago, went the whole nine yards, promoted it, rehearsed etc. Got there, didn’t agree with the ‘promoter’ so we didn’t even load in and went for Indian food, then home. Rock and Roll!”

“The live experience for us is just as much fun as being there from what I can see from my side of the stage. We love it as we get to flex the amps properly and feel the sound. Other people tell us that they had a great time and plenty of compliments which are always nice to hear. I guess a lot of our fans are usually high on something or other, so their judgement is somewhat clouded. You could say we’re a drug band, which, of course, is not true. Trust us.” 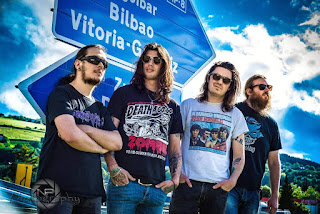 “One that makes your skin go strange, also known as a Frisson which is French for Shiver. It’s pronounced ‘free-sawn’ and is basically a skin orgasm, it’s a sensation that I’ll chase for the rest of my life. That’s what makes a great song in any genre.”

“I think the first song 1968 wrote was AcidWølf, after we didn’t call the band that, we named our first song that. It was dropped and revived as Temple of the AcidWølf. So it would be that, I’d guess”

“All of it really, the solo on Fortuna Havana never gets old for e personally, I genuinely like that a lot. I feel S.J.D.on Ballads of the Godless would be the one I’m most proud of as it was written for a dear friend that passed away. I also love that the departed’s brother in-law played the piano on it and Simon Jones from the Verve recorded it and added the strings at the end, that was magic to me.”

“Elephant Tree, Boss Keloid, Battalions, Ritual King, Oak, Green Lung and so many more in the UK. I’d say stateside, Mothership, Forming the Void and Warcloud are killing it too. In fact, most bands on Ripple nail it to the wall every time. All those bands are consistently writing belting songs that encompass riffs, melody and great tones, all of them.”

“Vinyl and digital, the accessibility of digital is excellent, vinyl because a great album on vinyl is treasured by someone or many people.”

“Ice cold beers x10, followed by single malt that has sat on the rocks for a few minutes is one of the true pleasures in life, and then repeat the process...naturally” 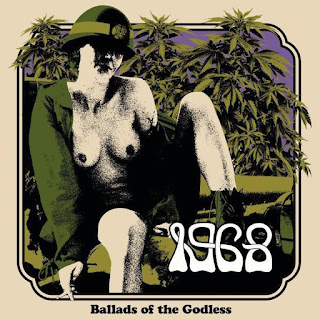 “My hometown has Grey and Pink Records in which is where you will spend a lot of money, regularly. Notable purchases from there. So. So. Many. I have previously scored Albert King Live Wire Blues Power, a first press of Songs for the Deaf and In the Court of the Crimson King, all first presses. I’ve been going there for years now. The owner used to work for Chrysalis Records in the 70’s and what he doesn’t know about good music could be written on a pin-head.  In Winsford, Jimi runs The Electric Church which is absolutely fucking mint. Great stuff, great prices and he puts nights on where everyone gets battered. It’s class, he sells lamb and mint pies too, they’re harder to get nowadays though as word must be out regarding them.”

“We’re about to release a live album which we recorded at the Whisky a Gogo in L.A. We head back to Europe with Oak in September too. There’s a few good slots in the U.K. we’ve just confirmed, they will be coming up next year.”

“In the wise words of my good friend called Tom Hinksman, Strive for greatness in everything.”
Posted by The Ripple Effect at 12:30 AM