A Fistful Of Questions With Thomas Amoriello Jr 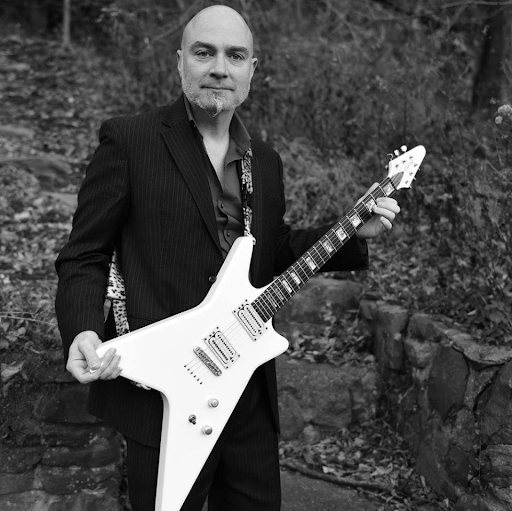 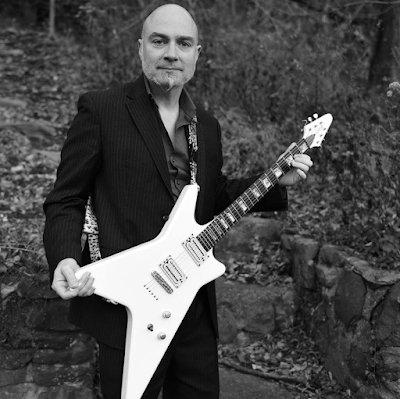 Most students (and their parents) that I teach call me "Mr. A".

None.  Everything I do at this moment of my life will probably be a studio project working with musicians remotely. This is for a variety of reasons and I will not blame family obligations or the current status of performing original live music for musicians with my interests.  Personally, I just found a creative formula that works best for me to actually finish what I start and I am most productive in this way. I am not saying that if Jorn Lande (powerhouse Norwegian vocalist) or Udo Dirkschneider (ex-Accept) were to call I would be there in a moment to join the band!   You open yourself up to criticism to say such things and I did play in live original bands when I was younger, but found it difficult to get my two cents in with stronger and or many personality types.  I do not mean that negatively as there is growth from ALL musical experiences.

There was a basement band called "Immortal Knights" I think in the 10th grade, Black Toga at a high school talent show ironically two years after graduation and Mindshaker that played out in the same club scene that New Jersey based hair bands such as Cinderella, Heaven's Edge and Britney Fox did, but at a time that was five years past the expiration date.

I received a "Lark" imitation Les Paul on March 24, 1984 and had my first lesson the next day at the Philadelphia Music Company with a fellow named Orson. Where are you my brother? It was that first Mel Bay Book until I was able to work on my favorite songs by Motley Crue, Judas Priest, Dio and Dokken.  RIP Gary Peterson (my third or fourth teacher)!

Listening to 8 tracks of ELO, Steve Miller Band, Elton John, etc.  Obviously my parent's music.  The big question is which hip label is going to bring back the 8 track?

Also who remembers these? 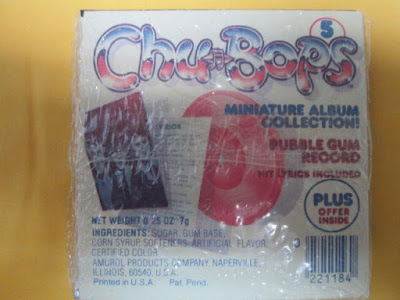 I can start with a catchy title and go from there and then after many edits the title changes!!!  Sometimes I will even just come up with a subject I am interested in exploring (war, a legend, or a current event) and immerse myself through that and the title will appear.  My career is in music education and I teach a group songwriting project to 6th graders as part of their general music experience. They are given a very long list of topics to choose from ranging from silly songs to dragons and everything in between..   Songs can be crafted and structured with formulas beyond what others refer to as "divine inspiration".   Joni Mitchell, Geezer Butler, Glen Frey and Bob Dylan were "workers" and went through countless edits and lyrical journals and journeys to bring to life what we all admire and hold musically sacred.  Topic. Brainstorm. Free writing. Edit. Structure. Edit. Rinse and repeat. You write and almost finish 50 songs without judgement and rank a top 10 list and then narrow down and there is a record or at least an EP.

Wow I would have loved to be in that Prince and the Revolution lineup (without the poet shirts) playing some funky guitar and then shredding! Dez Dickerson you were so underrated!  SO many colors, sounds, moods, styles, tempos and more!  Genesis during the Lamb Lies Down on Broadway tour is a close second place.

In no order of importance but early Genesis, Crimson Glory, Lizzy Borden, Megadeth, Yngwie and all of his friends and sound a likes from Shrapnel Records, Kiss, Jaco Pastorius, Boston, King Diamond, Goblin, Marillion, Rainbow, 1980/90's Black Sabbath and all of the lineups, Deep Purple (all lineups), Toby Knapp, TNT, Vinnie Vincent, Geoff Tate, and WASP.  I had some amazing friends that played in death metal bands as well as straight edge hardcore groups, so I was aware and familiar with many more edgier artists than I listed but not committed enough to them to be invited to join their bands. 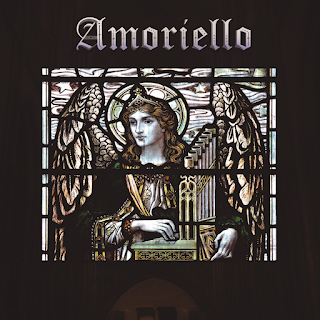 What inspired you to write two children’s books?

My son Benjamin was ready for kindergarten and I started doing more reading of children's picture books with him and rediscovered the magic.  Like the independent DIY music world of bands there is a whole "scene" of authors and illustrators that do all the things associated with putting word out except playing some dive bar you will find them parked outside of book shops, library story times and school author visits.

Tell me about your involvement with the National Association for Music Education (NAfME).

Currently I serve as the Chair on the Council for Guitar Education and am an advocate for inclusion of the guitar in school based music programs.  Growing up many adults our age only had the choice to be in band, chorus or orchestra, but now there are so many options for school aged children such as music technology, songwriting classes, steel drums, mariachi as well as guitar.  I am not alone in this movement as there are many dedicated professionals involved in promoting this cause.

You are driving cross-country and you can only listen to one album.  What album would you choose?

One thing most people don't know about you?

I collected baseball cards religiously until the age of 18.

Well I would rather discuss body washes such as Trader Joe's Tea Tree Tingle or Shea Moisture's African Black Soap!

Oh my.  I was living in Minneapolis attending this Musicians Institute (GIT) knockoff called Music Tech.  I would wake up to Z Rock radio and in between practicing my sweep arpeggios and chord inversions I would have been getting into a variety of classical guitar recordings by Julian Bream, Christopher Parkening, Narcissco Yepes and more.

Solo Ozzy or Sabbath Ozzy (if you had to choose)?

Does this answer your question? 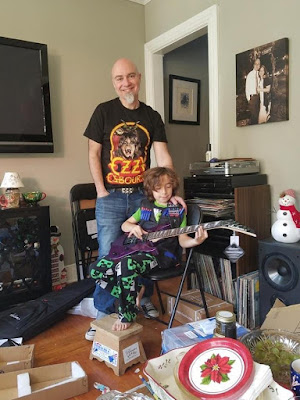 (Interviewers note…  This is the picture that prompted the question.)

Well I remember winning the Blizzard of Oz vinyl "down the shore" at a Wildwood, NJ boardwalk spinning wheel game as well as my mother borrowing the Diary of a Madman cassette from a co-worker in addition to seeing the 1983 US Festival on Showtime so I would have to say all of that left an imprint.   I really did not have the access or money to get the original Sabbath albums as a kid but obviously later heard the Master of Reality, etc.  The first Sabbath song I ever heard was Trashed from the Ian Gillian Born Again years.  Another imprint.  Ozzy was always surrounded by fantastic musicians whether it was Geezer or Bob Daisey.  Answer: Solo Ozzy.

Well I own all of them and that can be tough as I like some for different reasons depending on the mood and type of vocalist I am interested in listening to.  Probably Trilogy because of Mark Boals, but I really LOVE the early demos that brought him to America which were bootlegs for many years until released in portion as The Genesis.

If you were going to play just one track for someone as an introduction to Dio.  What track would it be and why?

Probably the title track to The Last in Line because of the soft colors of his voice in the intro and then the sheer power of his first belting of "HOME"!!!!    \m/

Should more people consider taking up playing the ukulele?

It can be fun and you can come up with melodic ideas with it and not everything you play on it needs to have an island flair.  It can also be a gateway to the electric bass or guitar!!!  I could not resist the recently released Iceman electric Uke!  I brought it on a cruise, but it was confiscated before I boarded for noise ordinance reasons.  Funny stuff. I got it back. 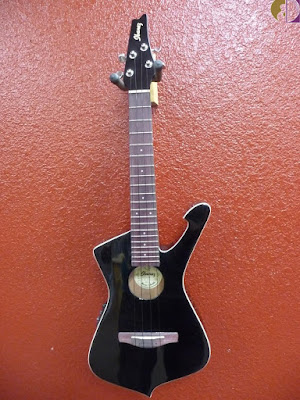 Honestly, I was always more of a visual and aural person.  Anything that I did read was sports or music related autobiographies and such.  Now.  I just mostly read education related articles.  I read beat poetry in college and had that phase, but I really liked Stephen King as a teenager.

Impossible to answer with so many genres.  Love documentaries about war, history, music, astronomy and more.

Yngwie J. Malmsteen Trilogy.   But not everybody agrees:

Thanks mucho to Tom for taking the time to answer my queries.  You can tell whenever people are enthusiastic about life and what they do and based off of this interview I would say that Tom fits squarely in that category.  I find it inspiring to interact with those kind of people, so thanks for the inspiration Tom.  Be sure to check out Tom’s latest musical offering titled Amoriello on H42 Records.  Progressive metal excellence is on full display.  And finally, the next AMORIELLO release will be a 5 track EP called Dear Dark with all vocals by Brazilian metal legend Carlos Zema in addition to guest appearances by current and former members of bands such as Megadeth, King Diamond, Yngwie Malmsteen, and more.  The recording is currently mixed, mastered and being submitted to different labels for consideration.  In the meantime Amoriello's acoustic guitar & Moog Taurus track,  Atmosphere will appear on GUITARRATÓNICA 2019, Produced by Maestro Sebastián Salinas including 38 outstanding International Musicians this August.