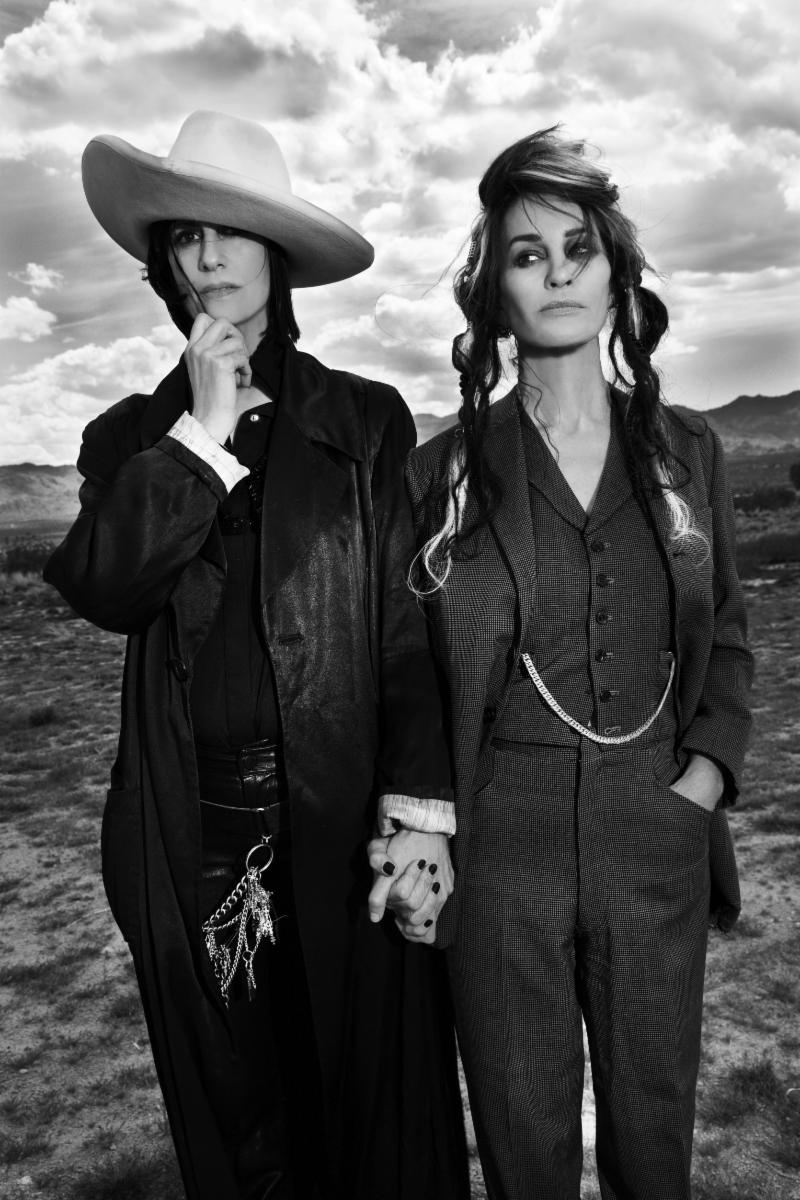 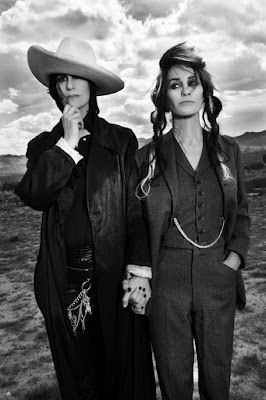 London Records recording artists, Shakespears Sister have reunited as a band after a 26 year falling out between creative collaborators Siobhan Fahey and Marcella Detroit.

The reunited powerhouse duo will release a new record, ‘Singles Party’ (London Records) on July 19, 2019, which will include two new tracks, “All the Queens’ Horses” and “C U Next Tuesday” as well as classic hits from their back catalog.

‘Singles Party’ is made up of Shakespears Sister singles, including ‘Stay’, ‘You’re History’, ‘Hello (Turn Your Radio On)’, and ‘I Don’t Care’.

In addition, Shakespears Sister today launched a new, three-part podcast, Ride Again: The Shakespears Sister Story.  Narrated by Kate Hutchinson the podcast explores the band’s history as one of music’s most subversive duos, their iconic number one single Stay, how they eventually fell apart in the early 90s – and then came back together, with brand new music, after 26 years.

Siobhan Fahey and Marcella Detroit talk candidly about exploring female stereotypes in music, their fight for authenticity and their fight with each other, as well as how Americana and Nick Cave have helped shape their new sound. The series features three episodes Beginnings, Back Together and Staying Power & Evolution and will be released each Thursday for the next three weeks.

Siobhan told Dazed: "...[we are] A magical combination. Marcy brings her rock’n’roll roots, and I bring the weird, diverse, art school ideas that come with being a product of London during a certain era." She continued, “I realized that Marcy is the perfect writing partner for me. We have some sort of weird fusion of energies, that feels fated. It just feels good to be back together. It’s like this third entity exists that is neither me nor her, it's the two of us.”

Marcy said, “I think we've come to a point where we respect and understand each other more than we ever could have back then. It’s just about acceptance - acceptance of who we both are, for each other and to each other.”

In true Yin/Yang fashion, the two creative forces came together not only on record but in the visual explanation of this journey for the video for ‘All the Queens’ Horses’ https://www.youtube.com/watch?v=Fg8mVXmmmFs

NME wrote: "...they’ve returned with a lush new Morricone-influenced single which is about a doomed love affair – yet the lyrics (‘All the queen’s horses/ All the queen’s men/They couldn’t put us back together again’) can also be viewed as about the pair’s chequered history. It’s a nudge-wink that’s highlighted in the video which depicts their initial meeting as a Mexican stand-off and features a plethora of nods to the iconic ‘Stay’ promo."

The video was directed by renowned creator, Sophie Muller who took this on as a passion project.  Sophie shares a personal relationship with Shakespears Sister and wanted to give this reconciliation the breadth and weight it deserved. The video, shot in Joshua Tree is a powerful representation of the true meaning of forgiveness, redemption, and deep friendship.

The deluxe version of their album features another unreleased track ‘Cat Worship’ and remixes of ‘You’re History’ and ‘You Made Me Come To This’ remixed by Catz ‘n Dogz and HMD Pulsatron respectively.

The reunited duo will also do select dates in the UK including a night at the iconic London Palladium in the fall and will spend the balance of the summer promoting the record in the US with visits planned to NYC in early August as well as select events in Los Angeles.

A new EP is also planned for a fall release with new original tracks.

ABOUT SHAKESPEARS SISTER:
Shakespears Sister’s debut album, 1989’s Sacred Heart was a top ten record and spawned the band’s first hit single, ‘You’re History’, which also went top ten. Even greater success followed with a second album, Hormonally Yours, in 1992; among its hit singles,
‘I Don’t Care’, ‘Hello (Turn Your Radio On)’ and ‘Stay’, which remained at number one for eight weeks. The triumphs and accolades piled up: over a million albums sold, a Brit award for best video for ‘Stay’ and an Ivor Novello award for Outstanding Collection of Songs for the band’s second album, 1992’s Hormonally Yours. The pair went onto headline world stages including the Pyramid stage at Glastonbury as well as supporting PRINCE at his request.