Fistful of Questions With Sadsach MacDoom of Boobs Of DOOM 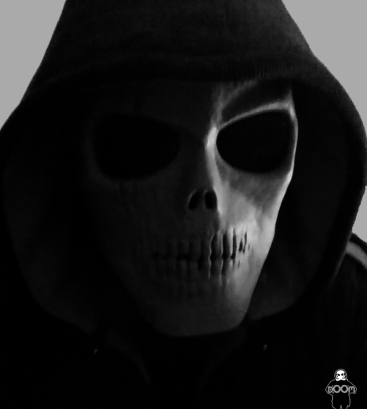 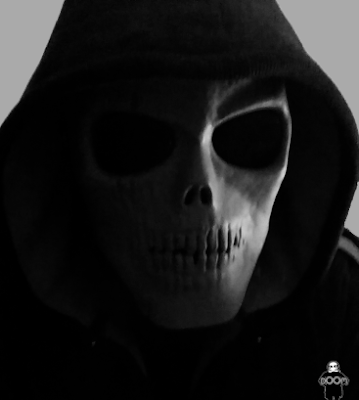 
What is your full name?

What bands are you currently active in?

Mainly, Boobs of DOOM, but I'm working on a side project with various cohorts, called Saintblood.

Jeez, um,... I think we were called 'Purge', and all we did was play 'Enter Sandman' over and over. I was on drums and I now hate Lars Ulrich for this reason alone. 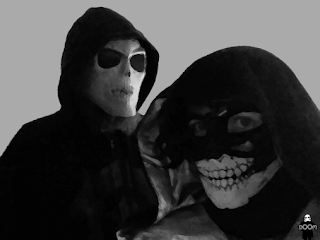 Playing on the floor with me Star Wars toys on a bogging patterned brown carpet. 'Another Brick...' by Pink Floyd is on the radio, soundtracking my figures' adventures; which must be around 1980. I'm 3 maybe?

What inspired the name Boobs of DOOM?

Dare I say Mrs. MacDoom's mammalian protuberances? Haha. Like many things in the BOD world it originated in our World of WarCraft guild chat. Fitting since we're kinda obsessed with WOW. Myself and Thumper (the other half of BOD) have been playing together for years before we ever started doing music. We tried to name our PVP team 'Boobs of Doom' but Blizzard's naming rules wouldn't let us, bah! Ultimately, we used it for our band coz it looked cool as a logo ...and we're a right pair...(lol?)

If you could insert yourself into any one band what band would it be an why?

How rude. Haha. Wouldn't mind being one of the drummers in Dark Buddha Rising. I love their tribal thing. or GYBE! (Godspeed You! Black Emperor) ...or Cult of Luna! or Mogwai! or Black Sabbath! or QOTSA! or.. or... ach, who am I kidding? I cant play for shit anymore (I have a degenerative spinal disease), reckon I might be able to pull off some of Adrienne Davies' beats in Earth. Nice and slooooow for Crippy MacDrumface (as Thumper likes to call me).

Have you ever heard a song and immediately wished you had written it?  If so what was the artist and song?

Obvious stuff like 'Teen Spirit' or 'Today' maybe? Always wanted to write a big anthem when I was a kid. Nowadays I'm more psyched by tones and vibes. Listening to SUNN O))) going “how DO they get the guitars to sound like that?!”.

Tell me a little about the creative process involved in creating a Boobs of DOOM recording.

Time was: we would crowd around my computer in my flat in Glasgow, but I moved to the waaaay north of Scotland. Nowadays we talk on discord and email shit back and forth till we're both happy-ish. We meet up like twice a year to brainstorm and crowd around the computer bickering again.

Talk about your bone disease and the challenges presented as a result of it.

I can barely walk these days.  I'm in a lot of pain and feel exhausted all the bloody time. Between the meds and the brain fog I find it really hard to concentrate. There's a lot of things I can't do that I used to be able to and I'm still learning my limits. It's maddeningly frustrating. That feeds into the music of course. And I feel bad because peeps keep begging us to tour, but it would be impossible now. We've both got crazy medical routines we have to do several times a day.  Lugging all our meds and equipment around would suck even before we factor in guitars and amps and shit. And we just ain’t fit anymore. Despite hiding behind masks, we made a conscious decision early on to be as open as possible about our disabilities. Maybe raise some awareness. We both have BPD and struggle with depression and we're big advocates for better mental healthcare.  I have osteoarthritis, which is pretty common; but Thump has Gastroparesis which even the docs can't seem to agree on. Go on folks.  Google that shit. Get learned. 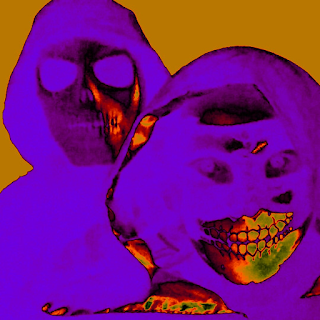 You’re driving cross country and you can only choose one album to listen to.  What album would it be and why?

Only one?! Gotta cheat here: Mixtape! I used to do a new mix for every journey/tour/whatever,

Tell me two things that people should know about Glasgow, Scotland.

It rains a lot, bring a hat. During an Old Firm match: avoid going out.

What is Scotland’s greatest contribution to the world?

Ooh, where to start? Penicillin? Telephone? Mogwai? Gotta be Boobs of DOOM, yeh?

Ooft! Balls deep in my eccies (ecstasy) phase. Going clubbing and listening to a load of bollocks techno and thinking that Radiohead were the last word in rock. Very silly. Thank fuck the noughties were around the corner.

Have you ever encountered a live unicorn?

Aye. Shackled and exploited by the FILTH!

What’s the longest time you have ever gone without bathing?

I haven't had a bath all year.

Did you and your partner in crime have anything to do with the death of Elvis Presley or John Lennon?

Not enough room in the cosmos for all that musical talent. The universe had to make room,.. um.. no comment.

The Loch Ness Monster or Godzilla (if you had to choose)?

Give me 3 or 4 albums that would qualify as “weird music.” 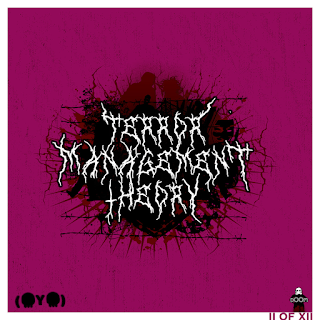 Fucking loads, but Stephen King's The Dark Tower is the only book I've read twice.

I like eye candy and clever storytelling, so I'm really digging the whole Avengers/MCU stuff lately. Especially Endgame. Which is weird coz despite being a comic geek, I hate superhero comics.

There cannot be only one! Arrgh. Ok, Right now I'm narcissistically obsessed with our “Kozmic Cognitive Dissonance Inception Engine” thing that we're dribbling out over the course of 2019. It's over 13 hours long and I've got it on constant rotation. In fact, can I say this for the cross country drive album question...? haha.

It's a fight between Indian and Mexican. But generally food is evil.

Huge thanks to Sadsach for taking the time to answer my queries.  I also appreciate him being so candid about his health struggles.  If you haven’t already you absolutely must check out Boobs of DOOM.  They are a fairly prolific duo and have a quite large discography.  Feel free to jump in anywhere, but my first full taste was Terror Management Theory.

http://boobsofdoom.bandcamp.com/album/13-terror-management-theory
Posted by The Ripple Effect at 12:30 AM