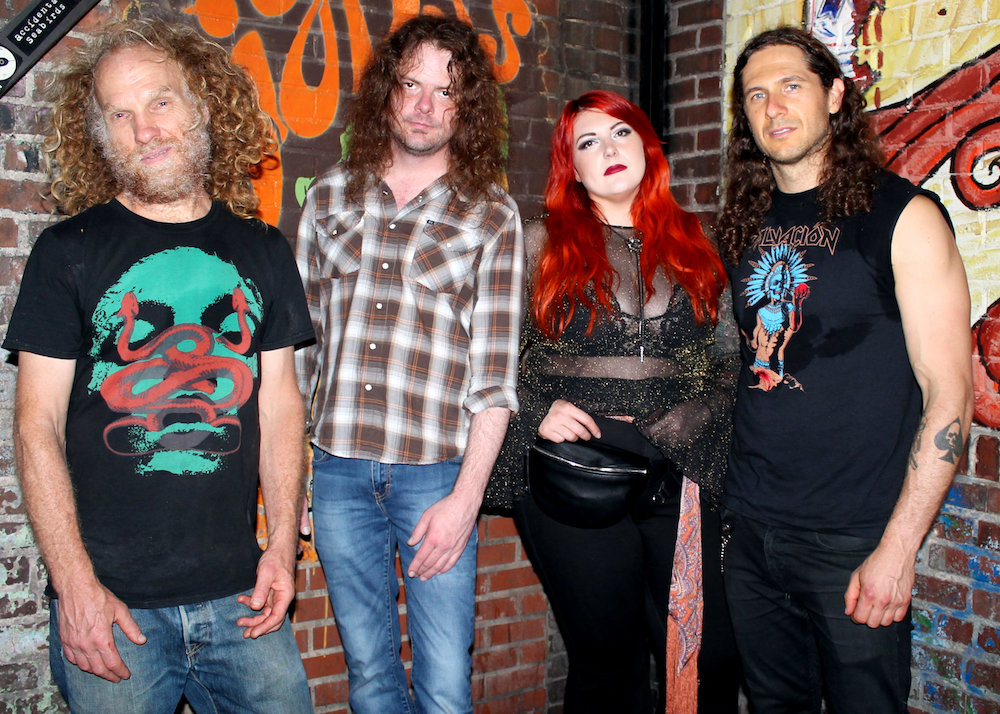 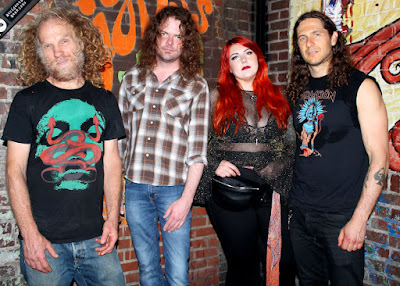 Formed in 2016, Lightning Born plays heirloom doom metal forged by previous generations and full of practiced rawness, washed out and sandblasted with layers of fuzz. The band's sound is based in an offshoot blues language, gently mournful, that descends into iconic gloom, buttressed by the commanding vocals of Leath, whose lyrical landscape aerates themes of revolution, mortality, brotherhood, consequence, colonization, nihilism, oppression, and revolution.

As to Lightning Born's formation, Dean explains, "I share a studio, where we have done most of the work on the last several Corrosion of Conformity records. I traded some studio time for a 2” analog tape machine and started making records with local musicians. One of those was Brenna Leath, whose voice and songwriting blew me away when she came in with her punk band, The Hell No."

"On another occasion I had the opportunity to work with an accomplished retro doom/proto-metal band called Demon Eye. They recorded an album called Prophecies and Lies with me. Singer and guitarist Erik Sugg mentioned that he and Brenna were teaming up on some new material with a drummer namer “Dozer” or “Dosa”, something like that. It turns out to was Doza Hawes whose main gig, outside of writing robotics manuals, was playing over the top Iron Maiden style drums in Mega Colossus. My impression was that this would be a retro alternate universe aesthetic and I was excited. They mentioned they needed a bass player and I must have invited myself to try out. We made recordings on the run, after work, and between tours. Eventually we had a record, and we are, Ripple Music recording artists."

As for the band's name, Hawes explains: "My son Evan and I were watching Carl Sagan’s Cosmos and he got really excited about the theory that lightning spawned the first complex molecules that eventually led to life on Earth. He said, “We are all born from lightning," and I thought that was a cool phrase. So we flipped that around into Lightning Born, which sounded like a proper, timeless rock band name. Who says watching old school public TV is a waste of time?"

Prior to recording its debut, the freshly anointed Lightning Born honed its sound on stage, performing over two dozen live sets at high profile shows with The Obsessed, Lo-Pan, Earthless, The Sword, Ruby the Hatchet, Red Fang and more as well as appearances at the Maryland Doom Fest and Hopscotch Music Festival. 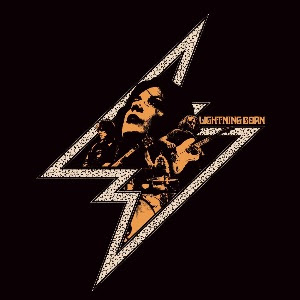