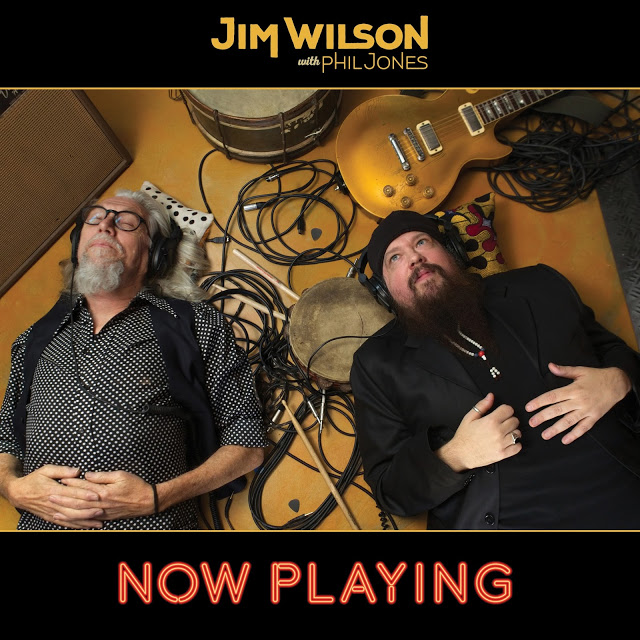 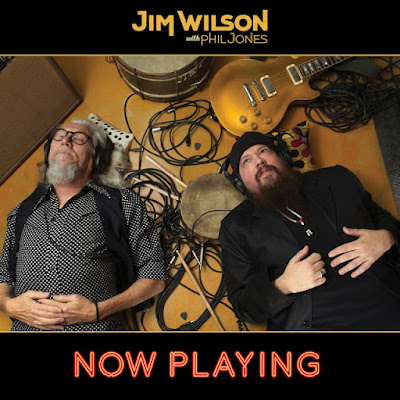 One name has been a constant source of joy and fulfillment in my listening life for almost two decades.  That name is Jim Wilson.  Back around the turn of the millennium my ears were unknowingly introduced to Mr. Wilson when a good friend of mine gave me a copy of Rollins Band’s Get Some, Go Again album.  I loved that album and through my newfound fandom I learned that the band backing up Rollins was their own separate entity known as Mother Superior.  Jim Wilson was lead singer/guitarist of Mother Superior.

Long story short, Mother Superior became my favorite band and I’ve been a dedicated follower of the music Jim Wilson releases ever since.  Now Playing is his second solo album.  It came out in 2018 and it continues the artist’s streak of high quality, killer song collections unleashed upon the masses.  This go-round Mr. Wilson teamed up with renowned drummer/percussionist Phil Jones who plays on and produced Now Playing.  The result is an album which truly sounds as if it has been transplanted directly from the 1970s to today.

Rock ‘n roll as it was?  Rock ‘n roll as it should be?  Rock ‘n roll as it forever will continue to reign?  Who cares?  These songs sound spectacular from album opener “Favorite Song” to closing track “Outside Kids”.  And being a self-professed music fanatic Jim Wilson has made sure Now Playing reflects all of the different faces 1970s rock possessed.  Early in the album’s running length you have the full on up-tempo rocket ship “Honeysuckle”, but instead of offering more of the same the album seamlessly transitions to the touching, folk-tinged ballad “I Can’t Hear You”.  Later on we hear the horn fueled mid-tempo stomp of “Disillusion” lead directly into happy go lucky “Lucky Streak” before tossing another musical monkey wrench the listener’s way with the, dare I say it, disco funk sounding “Energy”.  You want variety waveriders?  You’ve got it on Now Playing in spades!

So there you have it friends.  Anyone on the hunt for some new rock ‘n roll that hearkens back to the musical glories of the past need look no further than Now Playing from Jim Wilson.  This album, like everything else Mr. Wilson takes part in, is absolutely fantastic!  Grab a vinyl copy for yourself today!