Fistful of Questions With Lucas Kanopa From Void Vator 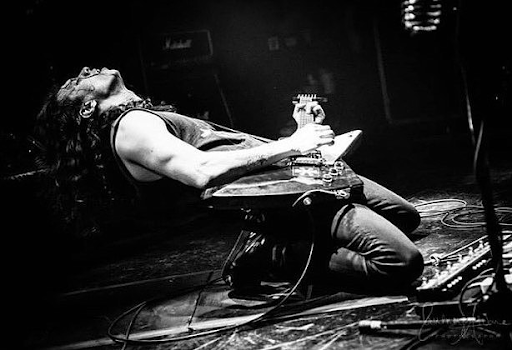 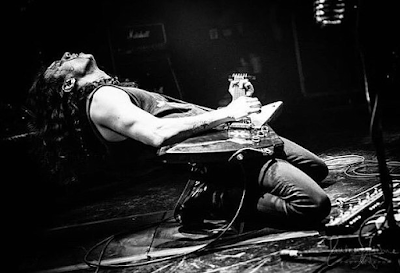 Friends back home call me Terry.  It’s in reference to a punk rock song by a local band called Buitres.

German (drummer for Void Vator) and I came here for NAMM in 2013 (National Association of Music Merchants) with a band we put together in Uruguay.  I think we probably went to NAMM for a day and a half and realized it sucked.  We had some money saved up, so we decided to live it up in Hollywood until we ran out of money.  That’s how I met my wife.  Hanging out at the Rainbow.  At the time, after living in hotel rooms for about a week we moved into German’s cousin’s house in Altadena.  We lived there for about two months and then moved into our friend Jenna’s apartment a block away from the Rainbow.  That was party central man.  It was like something out of the movie “Dirt.”  After six months our visas expired, so we had to go back home for a couple of months.  My, now wife, Marla managed to get us all back and now here we are.

What do you miss about Montevideo/Uruguay?

Besides my family and friends I don’t miss anything about it. 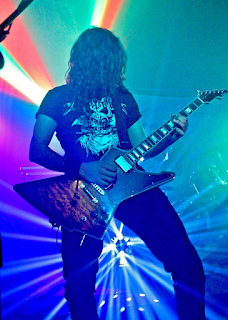 What are two things that people absolutely need to know about Montevideo/Uruguay?

It’s a very laid back place.  There’s no sense of urgency.  People live their lives like they are gonna live forever.  Free healthcare and legal weed are two important things in my opinion.  Uruguay is a very slow moving country and that’s what is cool and, at the same time, lame about it.

Titeres.  Which means The Puppets in Spanish.

I started playing drums when I was eight.  Switched to guitar when I was 11, but kept playing drums just because it’s fun.  I can still play rock solid drums, but nothing too technical or fancy.

Mozart’s Requiem.  My mother sang in a choir.  She would take me to every rehearsal which was really cool.  Especially, when they had the orchestra.  I got to run around empty theaters and jump off of balconies onto the stage while they rehearsed (true story) and chill under the piano while they played.  According to her (mom) I would sing parts of Requiem in Latin when I was 3 years old which made my kindergarten teacher call my mother to tell her I was “speaking in tongues.”

What inspired the name Void Vator?

It’s very silly.  My wife and I were living in a shitty apartment in Korea town.  The building was as shitty as the apartment, so it comes as no surprise that half of the time the elevator didn’t work.  So I thought of Broken Elevator, Void Elevator, Elevator Void until I realized the word elevator sounded terrible.  So I ended up with Void Vator.  At the time we were obviously not as serious about the band as we are now.  Lol.

The title is usually the last thing, but what comes before all of that is vocal melodies over chord progressions and riffs.

Foo Fighters, so I can be immediately rich.  Lol.  Just kidding.  I wouldn’t want to insert myself in any band.  Void Vator is exactly what I want to be doing.  That being said there are  a handful of modern bands that I dig a lot like Disastroid, Haunt, Turnstile and Gunpowder Grey. 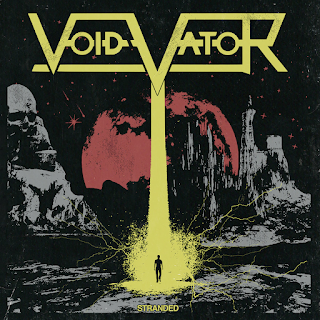 Disastroid.  They are the most creative band we’ve played with and they are super tight live.

I don’t listen to metal as much as people think I do.  I’m actually the guy that plays non-metal music in the van just to give it a break.  Lots of Stevie Ray Vaughan.  I dig me some Joe Pass.  I’m a huge Brian Setzer fan.  Gary Moore.  And I love The Ramones more than I love my penis.

Nah.  Not at all.  Every night is different an you have to adapt.  Routines and rituals are for civilians!

Lack of activity.  You gotta keep the ball rolling.

What is the weirdest experience you’ve had on the road?

This was towards the end of a tour and we were in El Paso.  We left the hotel around noon and started driving to Arizona when we realized we hadn’t had Whataburger all tour which is unacceptable.  So five minutes into our drive we stopped at Whataburger.  We order our food and I go, “hey guys let’s pay with cash.”  Let me remind you this is the second to last show of the tour, so we had a very significant amount of cash.  So when I went to the van to grab the cash I realized the money box wasn’t there.  We all freaked out when we realized no one had grabbed the box.  So Sam and I haul ass to the hotel.  Yell the situation to the front desk lady, who just gave us the keys out of fear, and run upstairs.  When we got there we saw that the maid was cleaning the room next door and had our room door open to clean it next.  Thankfully, the box was still there.  We could’ve lost all of our cash sales of the tour, but thanks to our love for Whataburger we didn’t.

What’s the best thing about being on the road?

The freedom.  Experiencing different cultures.  Meeting the coolest people this country has to offer.  Hanging out with your best friends.  Basically, not being a civilian.

What’s the worst thing about being on the road? 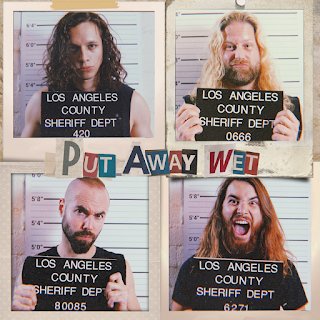 Your driving cross-country and you can only listen to one album.  What album would you choose?

Definitely over a week.

What was the first skateboard that you ever owned and what board do you own now?

How did you meet Erik?

I met Erik at amp rehearsal.  At the time, I was playing with this drummer (no name) trying to put a band together.  Erik was banging his sister, so he thought it was a good idea to invite him over to jam.  He came over and that’s how we met.  After that we kept playing with that lineup, but as soon as we got offered a recording deal with Ulrich Wild I knew we needed to replace the rhythm section and we did. 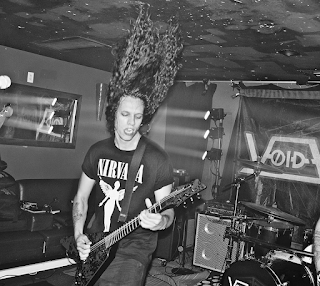 Your stuck on a deserted island and you have to choose one of your Void Vator bandmates to join you.  Which bandmate will it be and why?

Definitely not Erik cause he snores.

What is your favorite Pantera album?

That’s a tough one because reading is for nerds.  Lol.  The last book I really enjoyed was The Dharma Bums by Jack Kerouac.

I can’t pick one, but I’ll give you my top three.
Nosferatu The Vampyre (Waren Herzog)
Robin Hood; Men In Tights (Mel Brooks)
The Shining (Kubrick)

In Utero (Nirvana) because it’s the album that got me into rock music.

Thanks to Lucas for taking the time to answer my questions.  I appreciate it.  I have had the pleasure of seeing Void Vator live and they put on one of the most electrifying live shows that I’ve had the pleasure of seeing.  If you have the opportunity to see them live then you absolutely must.  Also, they have a new single on the not too distant horizon, so be on the lookout for that.  In the meantime, click on over to Bandcamp and pick up their most recent album Stranded.


http://voidvator.bandcamp.com/album/stranded-2
Posted by The Ripple Effect at 12:30 AM