A Fistful of Questions With Jessie May 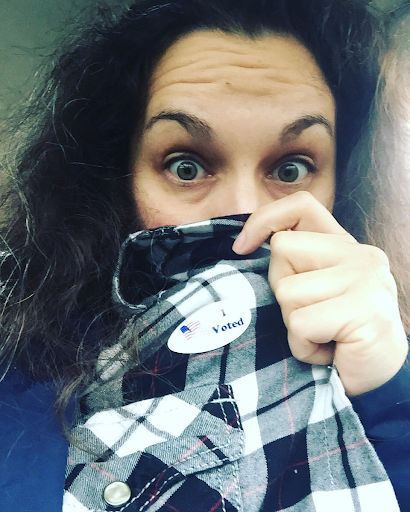 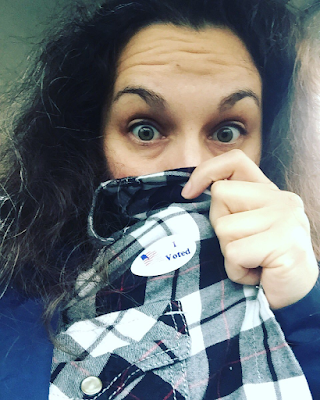 Guitarist.  Singer.  Bassist (electric & upright).  Cellist!?  Editor.  Foodie.  The recipient of this edition of Fistful of Questions is the fanny pack wearing librarian of Turkey Vulture, Owl Maker and The Shoutbacks, but you can call her Jessie May.

I’m a teacher, so that stays off the internet in reference to the bands.

I’ve been called “Miss,” “Library Teacher,” and “Excuse me, excuse me….” by many children over the years.  Also, one of my brothers calls me “Ner.”

I play guitar and sing in Turkey Vulture, play electric bass in Owl Maker (and cello on an upcoming single!), and play upright bass in The Shoutbacks.  Those bands go through varying cycles of activity and inactivity….

It was an indie rock band called Boatyard Black and I played cello.  I don’t know what that name was supposed to mean lol.

My first instrument was piano, in elementary school.  My grandmother played the organ and she was getting a new one, so she gave her old one to my parents -- at which point they figured I should start taking piano lessons.  I only did piano for a couple years, but learning to read both clefs and understanding scales was a great foundation for another couple decades of playing music.

My dad used to have a very “Merica”-style red Ford pickup truck.  F-150, I think.  I remember my brother Chris and I riding around in it with him, listening to cassette tapes of Allman Brothers and Vanilla Ice.  Weird combo!  I guess my dad has diverse musical tastes lol….  I also remember learning to sing random patriotic songs, which Chris and I would belt out on long car rides or in our rooms at night when we didn’t want to go to sleep.  I guess this is what kids did before the Robot Takeover! 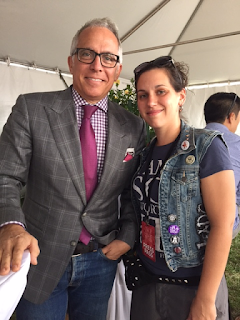 What inspired the name Turkey Vulture?

Turkey vultures, because they’re awesome.  No, really.  I’ve always loved seeing them because they are all over the place where I live and really BIG.  Like, that’s a big freakin’ bird right there.  They also look so graceful when they are riding the wind drafts.  Some aspects of turkey vultures are disgusting, but other aspects are beautiful -- good metaphor for something deep, I guess.  Vultures are a symbol of death and rebirth in many mythologies, so the turkey vulture as a symbol/band name takes all the philosophical stuff and puts it close to home.

Neither lol, the music.  Then the lyrics, and a title will come out of that.

There used to be a local-ish metal band in my area called No Remission that I secretly wished I was a part of.  They had these really badass melodic riffs and a “tough guy” vibe that I admired, plus a well-deserved following in the local scene.  I never got a chance to try and horn my way in there…  I would still like to join someone else’s metalcore or hardcore band one day, though -- not a crappy one, a cool one.  The tough guy thing is the opposite of my everyday life and persona, so I think it might be fun to get into that spirit.

That feeling has never come to mind, but I hope to one day write lyrics like Dire Straits’ “Romeo and Juliet” or John Prine’s “Angel From Montgomery.”  The Pogues have some amazing storytelling lyrics too, Bruce Springsteen….

Welp, I take from a lot of different genres.  My high school music teacher was very influential -- he imparted on his students to learn from every musical situation, and that’s what I’m still trying to do twenty years later.  Putting yourself in different musical settings makes you grow as a player and gives you the opportunity to learn from others.  Bonus if you can find a way to play with people who are more skilled than you are -- if you can hang for long enough, it makes you level up!

Recently, Benthic Realm and Stonecutters really made an impression with their live sets.  I can’t say we played “with” them technically, but one day perhaps we will!

Haha, plenty of them -- as you can tell from this interview.  ;)

I like to put on some loud music while I’m getting dressed and doing my makeup -- quite often it ends up being Weezer’s Blue Album, but Thin Lizzy and Amon Amarth get in the preshow rotation as well. 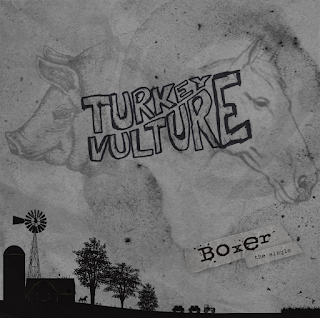 What inspired you to start Alternative Control?

My college roommate and I were both English majors and we would always talk about starting our own zine.  Then one day it dawned on us that there was this thing called The Internet, where we could make a zine without paying to print it or driving all over the place to distribute it.  Thus, Alternative Control was born!

Your driving cross-country and you can only listen to one album.  What album would you choose?

I’m a freshman in high school, and I’m listening to Sublime and Offspring.

Couple days.  Not more than two or three that I can remember lol.

Do you currently or have you ever worn a fanny pack?

Oh hell yeah!  Mine has patches and studs on it.  It’s convenient to wear to an all-day fest or while traveling.

Stop right there.  Do you just reveal that you metaled out your fanny pack…..!?

Sure did!  If you run into me at Maryland Doomfest, I’ll probably be rockin’ it!

Tell me two things that people should absolutely know about Connecticut.

Name three folk albums that I need to hear.

Two Gallants, The Throes
John Prine, self-titled
Anything by Johnny Cash or the Carter Family
And I don’t know if it is categorized as “folk” by some people’s definitions, but early Delta blues like Robert Johnson and Son House is a trip back in time.

On that note, Louis Armstrong once said, “All music is folk music.  I ain’t never heard a horse sing a song.” 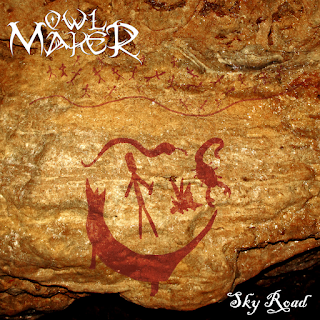 Is a librarian allowed to play favorites?  If I absolutely had to pick, I’d say The Selfish Giant by Oscar Wilde and The Gift of the Magi by O. Henry -- which are both short stories.  Creative Visualization by Shakti Gawain has been an influential book in my own personal development.

Oh man, that’s a tough one.  But if I had to pick one that I’ve been listening to for the longest amount of time and still enjoy, it would be the Blue Album.

My dad’s homemade manicotti or my own super-stuffed lasagna.  Cooking is magic, food is love.  And oh yeah, can’t forget those Connecticut lobster rolls.  The butter kind, not the mayo kind -- New England summer essential!  Can you tell I love food??

Thanks mucho to Jessie for taking the time to answer my questions.  Be sure to check out Turkey Vulture’s debut e.p. available on June 28th at their Bandcamp page.