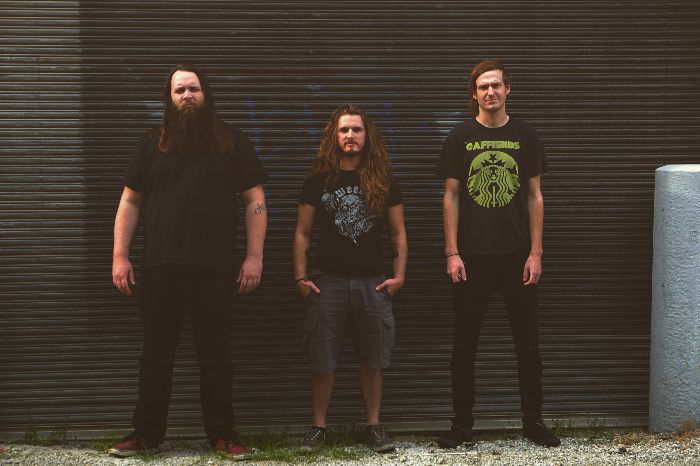 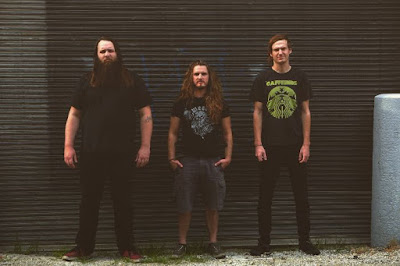 This June, Maharaja (OH) teams up with Boston's Cazador to display their unique blends of sludge metal along the East Coast -- Maharaja towing their leviathan of low end, swirling movements while Cazador treks their artillery of hardcore and sludge. Catch these two punishing acts at a venue near you.

Maharaja are a three-piece sludge metal band from the post industrial wasteland of Dayton, Ohio.  They have perfected their own wall of sound by way of lead vocalist and bassist Eric Bluebaum's fuzzed out tone, stacked with Angus Burkhardt’s guitars that doom’n’ shred, and drums that are as quick to drop a blast beat as they are to groove you to death courtesy of drummer and vocalist Zack Mangold.

Their 2017 debut album Kali Yaga is intended to "break amps, disorient, and make people throw up” according to Bluebaum.  Although Maharaja's live show is often delivered at stomach pummeling volume, it’s sure to be more enjoyable than painful. However, Bluebaum suggests his body-shaking bass rig warrants ear plugs either way. The album begins with the blistering, brooding, and insanely heavy “Blood Moon” and from there the album never lets up in aggression nor sheer ferocity. Album centerpiece “Black Magiq Carpet Ride” finds the band simultaneously channeling Red Fang, High on Fire, and Weedeater. The vocals goes from a bellow to powerviolent shouting and then to screeching flawlessly, with a relentless guitar onslaught and Burkhardt’s usual thrash riffage makes way for an off-kilter spaced out solo worthy of an Electric Wizard album. Album closer “I, Undying” brings it all together. Nearly 8 minutes of stoner rock bliss close the album out, and it all begins to make sense. Kali Yuga is the perfect soundtrack for the apocalypse.