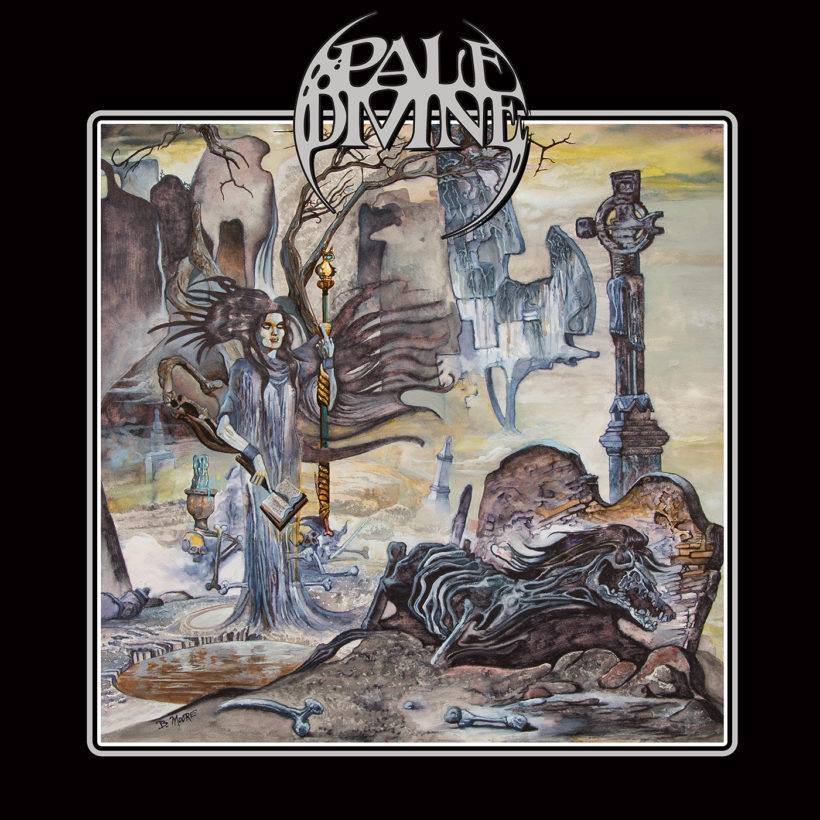 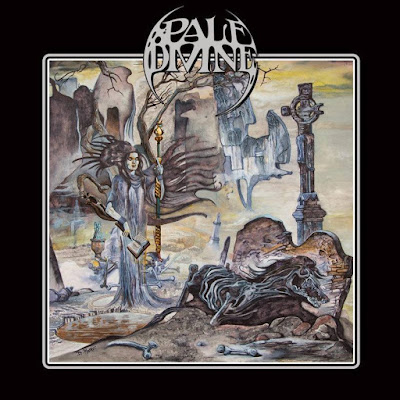 It is always exciting times when one of your favourite bands of all time puts out a new album. How could it not? When a band who has released stellar album after stellar album from the debut and onwards, you know deep down that this is going to be great, therefore my level of excitement reached overload levels when this wax arrived. And that level has not diminished, instead it has increased a thousand-fold already. True to who they are, Pale Divine have again stepped up to the plate and unleashed a monster of a record. Perhaps even their best to date. Don’t want to come across sounding like a dorky fan boy, but this album is truly something else; something extraterrestrial and absolutely mind-blowing in a way I have barely heard before.

For quite some time now bassist Ron"Fezzy"McGinnis has been with the band but it took until 'Pale Divine' for him to be on an album and his presence is palpable. Messieurs McCloskey and Diener have subsequently been given more free reign because of this and you can tell how unshackled and inspired it is. Every spin brings more power, more oomph if you will, as well as more nuances, allowing this album to grow and to burrow deep into my head where it belongs.

Opener ‘Spinning Wheel’ is probably one of the heaviest Pale Divine songs I have ever heard, especially in the verses. The opening riffs are breathtaking and that’s just the beginning, once the entire band joins in I am pulverized. Fantastic, people, simply fantastic. And amidst this, there’s so much groove and spunk that it’s virtually impossible to wipe this euphoric grin off my face. ‘Bleeding Soul’ slow things down a touch bringing forth the Pale Divine sound I’ve grown to love so much. As Darin and Fezzy lays down a wonderful foundation Greg sings his heart out while unleashing solo after great solo. Man, these guys know how to make the hair stand up on my arms! Staying within the same frame as ‘Bleeding Soul’, ‘Chemical Decline’ is about drug abuse and users and what their affliction and actions does to those around them. Something very familiar to a lot of us out there. Halfway through the band throws down the gauntlet and tears it up before slowing down as the song comes to an end. As dark as this composition is it is also wonderful. I mean someone has to tell it like it is sometimes so do it this way, you hear?! Oh yeah, ‘So Low’ is dark, brooding and moody and spot on. I might be putting my head on the chopping block here but this is the song Black Sabbath wish they wrote. Starting kind of slow, it erupts in punishing bursts of anguish and amazing music. Pale Divine are the true masters in shifting back and forth between tempos and moods with such ease, without losing their stride and ‘So Low’ is the prime example of this. 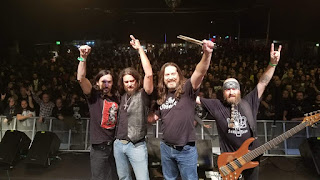 Upping the ante ‘Curse The Shadows’ is a metal opus if there ever was one and it’s sinister offering lyrically in the best possible way. Musically, it’s nothing but beautiful with a lead-heavy rhythm section, ripping riffs and out-of-this-world solos. ‘Shades Of Blue’ sounds like an old blues tune that has been brewing in an old whiskey barrel of doom metal for ages. Pale Divine are simply killing it here. Don’t think I can find enough superlatives to tell you what an amazing song it is. Wonderful, absolutely wonderful! ‘Silver Tongue’ is in-your-face and spot on. Telling the tale of all the lizards out there whispering whatever you want to hear for their own murky gains. Backed up by the Pale Divine sound it hits home perfectly, and the anger and venom the band spews out at these mongrels is so tangible you can almost touch it. Album closer ‘Ship Of Fools’ is quite different from what the band usually write and record, at least in certain parts. What I mean is that the beginning of every verse has a nice, cool The Allman Brothers/ The Doobie Brothers feel to it. Then in the bridges to the chorus they unleash their fury and this mix is breathtaking to say the least.

As a long-time nutty supporter of the band there are of course countless of things that attracts me to them. One of the biggest trait is, apart from the excellent musicianship, how they go from strength to strength which each album. It might take them 5-6 years to release new material these days, but when it is this great and done with such ease, that wait is more than worth it. Having been around for 23 years now most bands would come full circle by now being content with what they’ve accomplished. Not so with Pale Divine. They keep pushing the envelope not wanting to go stale and take the easy route. And that trait is rare and should be lauded and honoured. Just listen their new album and you know exactly what I mean. So dear waveriders, get your hands on ‘Pale Divine’ as well as the band’s entire back catalogue. You don’t want to miss out on this amazing music!