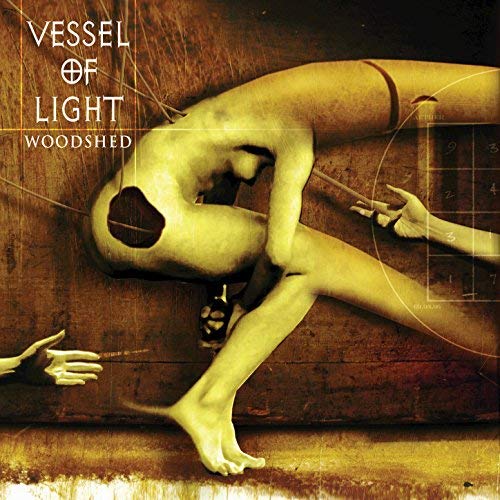 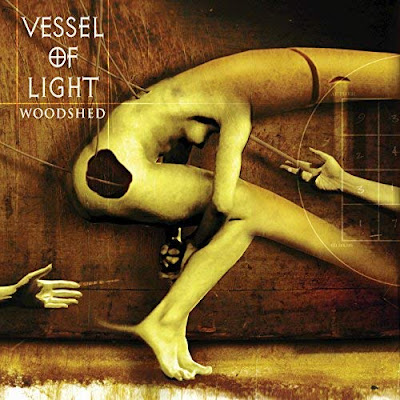 Vessel of Light, featuring Dan Lorenzo of Hades and Nathan Opposition of Ancient VVisdom, is getting geared up for the release of their second album, Woodshed. Last year I was lucky enough to review their first full length, and here I am writing the review for their second blast of excellent tunes. Signed to Argonauta Records, this duo puts out uncompromising music that is an amalgamation of their distinct styles, but a beast that is wholly its own entity as well. I hear a Danzig influence on this, think Danzig I - IV, and that's the vibe on a few of these songs. Then, mix in a healthy dose of fuzz a la the doom and stoner genres, this finishing the excellent cocktail that Vessel of Light makes you.

The first thing we hear is called “Woodshed”, a track that starts off with clean guitars, and Nathan Opposition's vocals. It reminds me a bit of Danzig II, and then even more so when the heavy riffs enter. The very cool thing about this group is that you can hear that influence, but it remains Vessel of Light all along. This track serves as a sort of intro to the rest of the record.

“Part of my Plan” is the very next track, and it's one of my favourites here. The mix of John Christ style riffing and the doomy aspects included make this a really killer track. The squeals in the main riff really bring to mind songs like “Twist of Cain” from the first Danzig album.

“A Love So True” is up next, and,  for a second there, I really thought Glenn Danzig was singing. The intro has a cool quality between the vocals and the guitars, and when the song shifts gears it becomes a bit heavier. Those dynamic changes really give the track a very nice sound, and the added power that the heavier sections give. This is my pick for best track on an album full of great tracks. 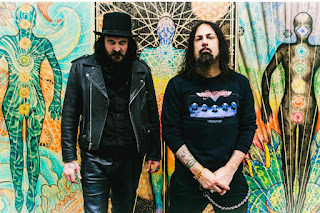 One Way Out has a fantastic main riff! The space between them, the slight movement lower,  and the higher, continuously strummed piece really make this a very memorable part. I especially liked how the vocals were executed, and the melody used.

The way End It All starts brings the Danzig tone back up, but more in the music than the vocal work. This is a slow tempo tune, that is very heavy in its overall feel. As per the rest of this killer album, the vocals are one again a major aspect to this songs feel; the way they are arranged and executed are a big part of this.

Woodshed is an album full of killer tracks. For two guys to make an album this good is truly mind blowing!! It's actually something that I see happening in a few different genres, 2 musicians crafting huge, memorable works of aural art for us, the listeners of fine music. Woodshed was released on September 21, so make sure that you go and snag yourself a copy!!!!

Email ThisBlogThis!Share to TwitterShare to FacebookShare to Pinterest
Labels: a love so true, ancient vvisdom, argonauta records, dan lorenzo, Danzig, end it all, hades, nathan opposition, one way out, part of my plan, vessel of light, woodshed