Ripple Music is thrilled to debut the amazing artwork and tracklist for the upcoming new album by atmospheric doom rockers, Holy Grove.

Ripple Music is thrilled to announce the amazing artwork and tracklist for the upcoming new album by atmospheric doom rockers, Holy Grove.

The Portland-based group, released their debut in 2016 and re-released by Ripple Music earlier this year,  full of right-on riffs, belted-out hooks and weighted groove.  They then hit the road with massive West Coast and East Coast tours, took over Europe alongside Ripple labelmates Gozu, and stormed the stage in the company of Uli Jon Roth, The Obsessed, Jucifer, Lord Dying, Yob, Witch Mountain, as well as festivals like Psycho Las Vegas, Hoverfest I and II, Ceremony of Sludge, and PDXPOPNOW,

Now, Ripple Music is thrilled to offer the first glimpse of their eagerly-anticipated follow up, Holy Grove II featuring cover art by the amazing Adam Burke.

Produced once again by the band and Billy Anderson (Sleep, Acid King, Neurosis, Acid King), Holy Grove II finds a uniquely gifted band with a complex and epic heavy sound.  Holy Grove plays doom with all its passion and might without ever losing sight of textures, dynamics and the groove.  Holy Grove are heavy -- gravitationally heavy – but big and warm, never simply plodding.  Holy Grove songs are heavy with feeling, heavy with conquering power, and beautifully heavy of heart. Holy Grove II finds the band taking a quantum leap in songcraft--woven through with massive hooks and big choruses in the tradition of the great riff rockers of yore.

"Holy Grove’s doomy foray is an undeniably solid and considered effort. The enigmatic lyrics of leading enchantress combined with the persistence of the power prove equally deadly as they are absorbing.  It wouldn’t be imprudent to expect the band's songwriting skill to take them to great places."
--The Sludgelord 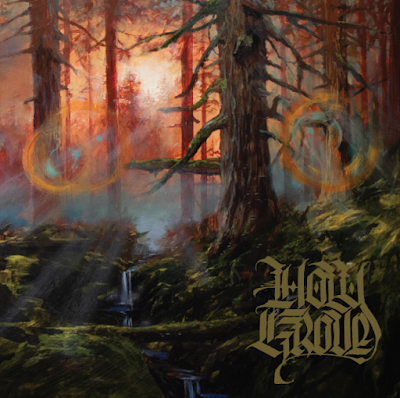