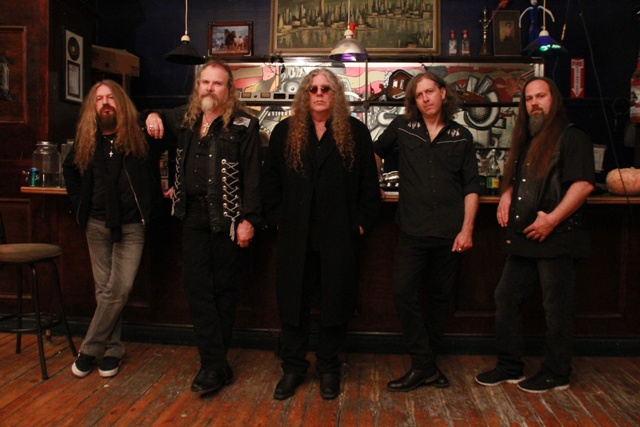 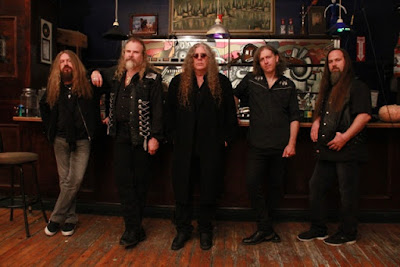 The Skull (L to R: Brian Dixon, Ron Holzner, Eric Wagner, Rob Wrong, Lothar Keller)
photo: Ken Cope
The Skull, featuring vocalist Eric Wagner and bassist Ron Holzner, formerly of metal legends Trouble, will release its highly anticipated sophomore album, The Endless Road Turns Dark, on September 7 via Tee Pee Records. The LP was recorded in Chicago with engineer Sanford Parker (Yob, Tombs) and builds on the foundation laid by The Skull's debut album, 2014's For Those Which Are Asleep. In advance of the new album's release, The Skull debuts the new song, "As The Sun Draws Near", which Wagner says is, "about finally seeing daylight." Hear "As The Sun Draws Near" at this location (via Metal Injection).

The Skull recently premiered new song, "Ravenswood", via a cosmos-themed lyric video. In its premiere, Revolver hails the track as a "Sabbathian psych-metal stomper of the highest order." See and hear "Ravenswood" at this location.

The Skull has also released a lyric video for the new album's title track. The song made its world premiere via Decibel, who exclaim, "Doom devotees will not be disappointed." Stream "The Endless Road Turns Dark" at this location.

A wicked exercise in heavy metal majesty, The Endless Road Turns Dark plays like a natural extension of the musicians exemplary work during their 20-plus years with Trouble and cements The Skull as modern day doom metal royalty. 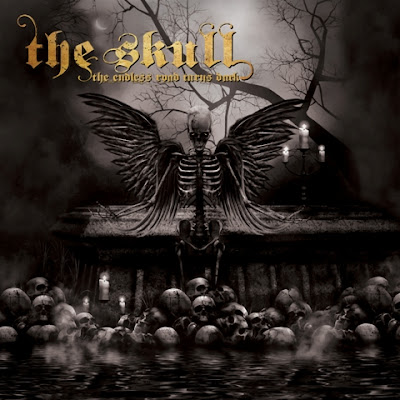 Pre-order The Endless Road Turns Dark at this location.

"These are dudes who live and breathe rock and roll and the more you invest into their sound the more you get out of it. The Skull is taking doom metal by storm and are about to conquer the globe" - METAL INJECTION 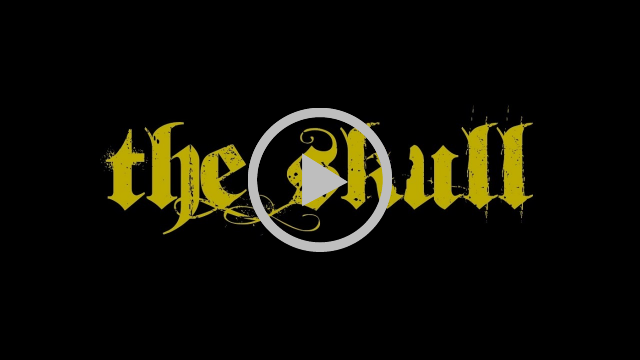 Email ThisBlogThis!Share to TwitterShare to FacebookShare to Pinterest
Labels: as the sun draws near, doom metal, eric wagner, for those which are asleep, new song, ravenswood, ron holzner, tee pee records, the endless road turns dark, the skull, Trouble