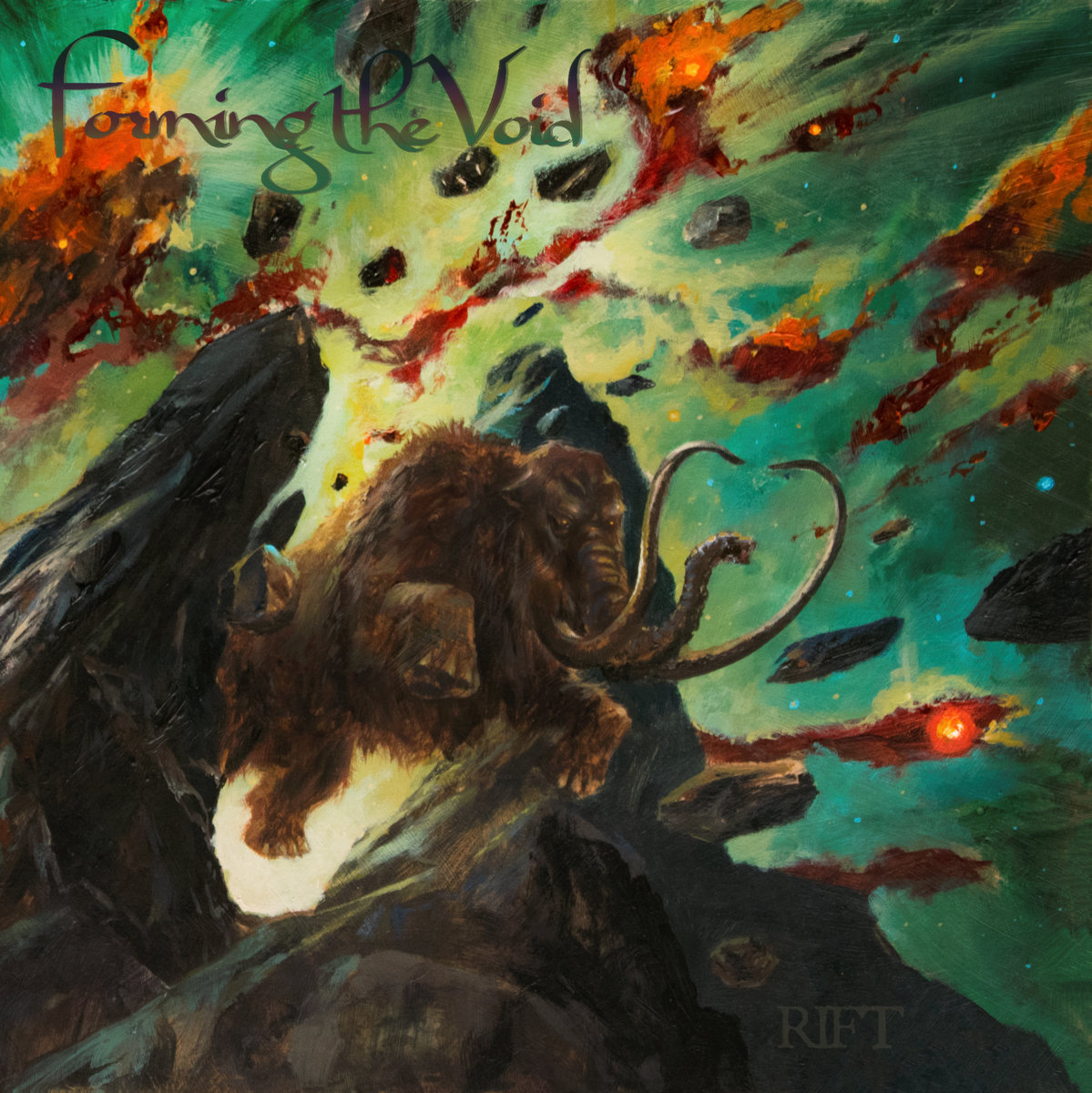 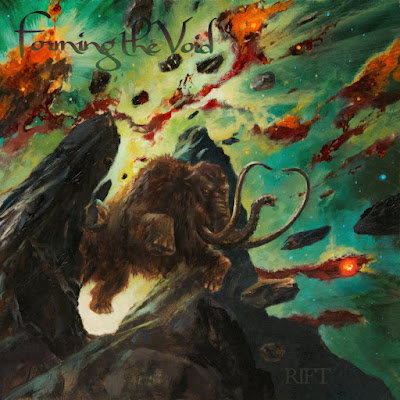 2017 was the year my world of music was changed dramatically. By chance I was introduced to Forming The Void from Lafayette, LA and nothing has been the same since. Their second full-length, 'Relic', which altered my world, is a one-of-a-kind mind-shattering experience, so when the third wax, 'Rift', was about to be unleashed I was shaking with anticipation and pure excitement. Of course, the old fear "can they emulate or surpass previous recordings" raised its ugly head, but holy hell! That fear was unfounded, so shame on me for letting this fear overcome me. Forming The Void are better than ever on opus 3. I've said it before but I'll gladly repeat myself: as a music fan there is no greater thrill when one of your favourite bands shatter their already excellent past with the new platter.

And that's exactly what's going on here. Forming The Void has stepped well out of their box and above what they've done before. Don't think there's a dictionary of superlatives big enough to really show how great 'Rift' is and how truly above the rest of the pack this band is. It might be that they put something different, something really special, in the boudin balls in Lafayette. Regardless, the band's new wax is...well simply fantastic!

Opener ’Extinction Event’ moves with brutal elegance between punishing heaviness and a dreamy, almost hymnal disposition. It is beautiful and fearful at the same time as our protagonists depart our dying world for a new home. Yet there’s a sense freedom floating on top which immediately shows how Forming The Void have moved onward and upward. ‘On We Sail’ tells of the travelers’ hopes and fears of this journey with no set destination. Throw off your shackles though, get on board as we take off into the unknown and let any fear dissipate. Based on a heavy foundation with a nautical feel backed with Middle Eastern tones, the guitars especially, this is an amazing composition. Starting off like the mighty Zaum, ‘Arcane Mystic’ is definitely mystic in its approach, invoking images of ancient Egypt. Picking up somewhat in pace it puts me in a wonderful trance from which I don’t want to leave because the beauty within is mind-blowing. Slowing down while remaining in that wonderful state of trance, ‘Transient’ moves in a strange world, an in-between world, on the way to a higher being. Dark, sinister, yet full of hope and beauty – just like life itself – Forming The Void is the guiding light. 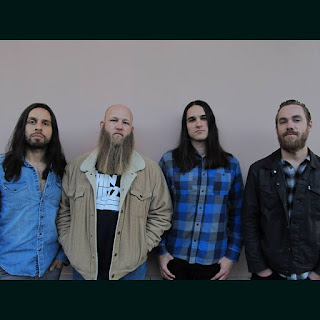 ‘Arrival’ exudes elation as the protagonists finally arrive where they can rekindle their lives and create a new, better world. Still, behind all the excitement a lurking fear of the unknown moves freely hindering the settlers from fully enjoying this new world. Heavy, mid-tempo and slower parts, as well as neck breaking segments bring forth all the emotions the travelers go through. ‘Ark Debris’ is pondering, maybe even content, in where the protagonists have ended up. Their vessel is gone, there’s no way out for them, so they have to make do with their situation. It’s only as good as it gets and the music reflects this perfectly. Dreamy and spacey, almost pastoral, yet unforgiving and dejected. In closer ‘Shrine’ our brave settlers have come to terms with their environment and situation. What they had in the past they are trying to recreate and bring in a new world order. Hopefully, it won’t turn into destruction as it did before. The music moves between the two polar opposites – good and evil – as the people work hard at staying on course.

When Forming The Void released ‘Relic’ I said countless times “what if…” in relation to if I never got to hear this amazing band. That’s not a question anymore as these Louisianans are probably one of the best bands out there. New album ‘Rift’ cements this sentiment in so many ways. As stated above, not only have they stepped above and beyond their previous releases but they do so with such ease. The musicianship is beyond anything else; from the other-worldly guitars courtesy of Shadi Omar Al Khansa and singer James Marshall to the relentless rhythm section of bassist Luke Baker and drummer Thomas Colley. They make everything sound so effortless, unrestrained and fun…all while sounding extremely hard, relentless and spaced-out other-dimensional. ‘Rift’ is a beast that very few – if any – can surpass and I’m stating the obvious by saying this is the best album of 2018. I might stick my chin out a little bit by claiming the band has finally created their own genre, Forming The Void-ism, but hell it’s the truth, waveriders!