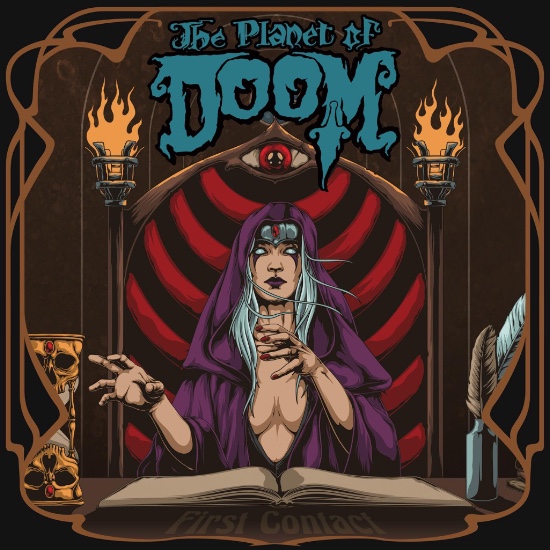 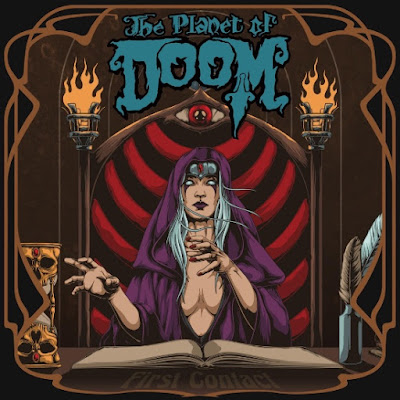 "Now THIS is an animated movie I’ll take my kids to! F*ck Frozen, it’s all about The Planet of Doom."
CVLT NATION

"I could gush and go on and on about the admirable undertaking that is bringing so many artists and bands together for one special project..."
THE OBELISK

"The Planet of Doom looks so damn epic and manly that it just shot right to the top of the list of my most hotly anticipated animated films."
DREAD CENTRAL

In the spirit of R-rated animated films like Heavy Metal and the works of Ralph Bakshi, following a successful Kickstarter campaign in 2016, Riff Lodge Animation (the studio behind the mind-blowing music video for Conan's ‘Throne of Fire’) are creating an epic feature-length fantasy/science-fiction film called The Planet of Doom, created entirely by artists and bands within the doom/stoner/psych/metal genres.

The story, written by art director/producer David Paul Seymour and adapted into a screenplay by animator/director Tim Granda, is one continuous tale that is broken up into fifteen chapters that are interpreted by a different artist and band team-up. The film contains no spoken dialogue, opting instead to tell the tale through the lyrics of the original music. As a special bonus, the film will include an option for ‘lyric subtitles’ so you'll never miss a word no matter how insane things get!

"The film is your classic revenge tale, in which our hero, Halvar, sets out to defeat the deadly beast Mördvél for the slaying of his bride," explains Tim Granda. "While the roots of this type of story go back to ancient myths and fables, we feel it’s the film’s presentation that will make it unique."

"The Planet of Doom is a tribute to heavy music and the art that accompanies that type of music." said David Paul Seymour. "With this film, we're seeking to encapsulate the music and art community that Tim and I are a proud part of with one epic body of work. We are also naturally bringing in all sorts of fringe countercultures who've attached to this same community: bikers, skateboarders, comic book, and sci-fi fantasy fans. It's a really vibrant and diversified community, and we've certainly brought in the right ambassadors to represent it properly.”

Granda adds, "Blowing minds and kicking ass is always a challenge, and we're savouring every twisted, tripped-out minute of it! David and I have been dreaming of making a movie like this ever since we were kids, and with the talent, passion, and commitment from everyone on board – including all of you who have our backs – WE WILL NOT FAIL!"

Bands set to feature in The Planet of Doom:

Artists work featured in The Planet of Doom: 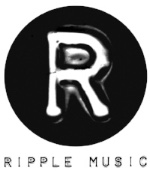 California-based Ripple Music is widely regarded as one of the world's leading record labels for Heavy Rock, Stoner, Doom and Heavy Psych. You can learn all about the Ripple madness at www.ripple-music.com
Ripple Music on Web | Facebook | Bandcamp | Youtube | Twitter
Posted by The Ripple Effect at 12:30 AM