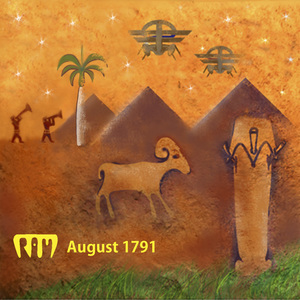 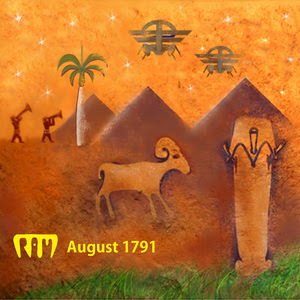 One hot summer day centuries ago, in the heart of an island, the moment came. The uprising began that would transform the French colony of Saint Domingue into the world’s first free republic of African heritage people in the Western Hemisphere. The history of colonization, slavery, and liberty changed forever,

This turning point marks the beginning of Haiti, a pivot that ensured its diverse musical life. “We would not exist, if it weren’t for that month,” reflects Richard Morse, the driving force behind RAM. On August 1791, the group’s seventh album, the band harnesses all the elements that came together and led to the country’s unprecedented founding: the African and the Creole, the rural and the urban, the Christian and the vodou, the traditional and the exploratory. 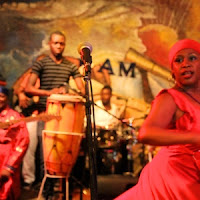 The album’s tracks dig deep into Haiti’s musical roots, setting Dahoumey (West African) ceremonial pieces (“Danmbala Elouwe”) and folk songs chronicling the wisdom of revolutionary leader Toussaint L’Overture (“Badji Feray”) to new rhythms and for new instruments. But it’s not about preservation or historical reconstruction. It’s about the totality of Haitian spiritual and sonic worlds, the sum of all that came before and what may come tomorrow.

“This album represents the past, present and future all at once, a mystical concept of sorts,” explains Morse. “Everything comes together in the rhythms that we play. There’s no time. It’s all one.”

“When Haiti won its revolution back in 1804, the majority of its citizens had been born in Africa. That's one reason so much diverse African culture has survived there. RAM draws on those traditions but also takes liberties with Haitian music, treating it as the living, morphing thing it's always been.” --NPR

RAM’s musical evolution proved as multifaceted and unexpected as the traditions it draws on. Morse’s tastes were forged in the downtown New York scene of the late 70s and early 80s, the post-punk no-wave days, but he grew up steeped Haitian music thanks to his mother, a notable singer who performed songs like “Negrès Katye Moren” for Haitian dignitaries as a young artist. 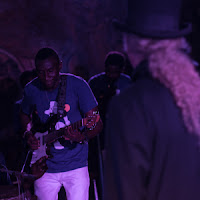 Morse decided he needed to return to his family’s roots as a young man, landing in Port-au-Prince and eventually establishing RAM, which operated more like a laboratory for traditional music experimentation than a folk ensemble or rock band. New approaches that straddled popular and deeply rooted styles sprang from the crucible created by Morse and his fellow RAM players (some of whom are now second generation).

They use the sounds that were there at Haiti’s birth--the single-note rara horns, the drums and singing of vodou rituals--and absorb traditional lyrics and ideas that have been too often left by the wayside by Haitian pop, such as the old practice of herbalism at the heart of the rocking “Otseya.” They point out key lessons in Haitian history, as in the high-energy “Dawomen Dakò,” about the historic pact between African and Creole communities to fight together for what would become Haiti. “They had to come together to succeed, and this song remembers that,” Morse remarks.

Even as they sift through the past, they experiment, adding electric guitars to drive the energy or striking instruments like clavinet (“Kongo ede’m priye”) to increase the emotional impact. Often, arranging and composing become acts of bricolage, taking a folkloric rhythm and running it under a ceremonial song (“St. Jak O”) or building a longer piece from two shorter songs, a practice common for bands creating carnival numbers, extended musical compositions that can last for half an hour or more. 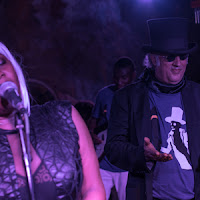 “We keep moving forward. We never try to repeat something successful,” says Morse. “We keep moving forward.” This forward motion has built into an international career that has taken the band to major North American festivals and as far afield as Abu Dhabi. One of their tracks “Ibo Lele (Dreams Come True)” was featured prominently in the 1993 film Philadelphia and on its soundtrack.

Though their sound rocks, their foundation goes back to that moment in August 1791 that turned the tide. “The rhythms and songs we perform were performed back then at that time. If the French had won, none of this would have been remembered. Because it succeeded these traditions were preserved,” says Morse. “The fact that we add guitars and other contemporary elements can make it so you don’t hear that right away. If you strip away the modern instruments, you have this music.”
Posted by The Ripple Effect at 12:30 AM