A Ripple Conversation With Tom Hanno 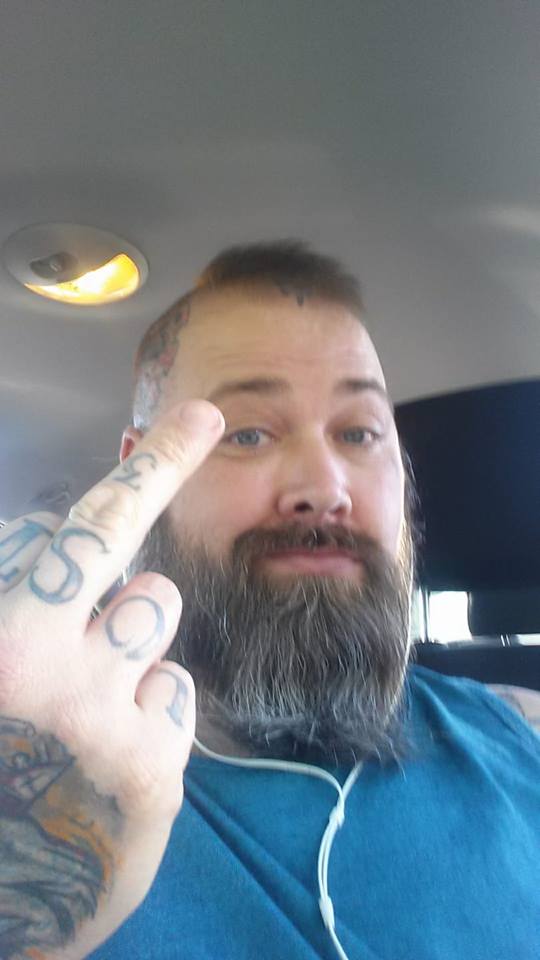 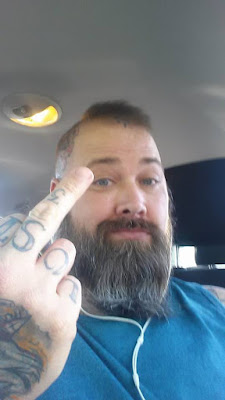 Let's start with your name and your site.  Let's have it.

My name is Tom Hanno. I write for myself at Tom’s Album Reviews, Interviews, and Musical News, Chimera Magazine (which I consider my main gig), Doomed and Stoned (my secondary gig), Fuzz Heavy Podcast (Marcus Greybeard deserves a mention, and my thanks for all his help), and also for Soundwave Brigade.

Start at the beginning, how did you get started with this crazy idea of writing about music?  How has it grown and changed over the years?

I was scrolling through Facebook one day when my friend Kelly Mason, who is one of the co-founders of Chimera Magazine, posted about Chimera wanting to add another writer. I jumped on it, because I love music, and I love talking about music. I have always tried to turn people on to bad ass tunes, so this was a natural progression of that. I’ve been doing it for almost a year, and I have watched my writing go from juvenile to a more mature, well rounded style. I play guitar, so I approach reviews from a musicians point of view, but in a way where non-players can understand. Billy, from Doomed and Stoned, had caught wind of my writing due to my constant sharing on the D & S page, and he contacted me about writing for them as well. Again, I jumped on it. I love all the genres that D & S covers, and was more than honored to be asked to come aboard.

My musical past starts as a toddler, when my Dad was playing Black Sabbath, Led Zeppelin, and all the hard rocking bands of that era. He always had music playing on his stereo, and I quickly gravitated to those bands. First vinyl I bought was a Jump in the Fire single (Metallica), and I wish I still had it, but along the way I lost it. A musical epiphany was when I heard ….And Justice For All the first time. The guitars were so much more aggressive than what I had been listening to, and stirred emotions in me that I didn’t even know I had. I picked up bass guitar shortly after, and now I play guitar as often as I can. I never had an album terrify me, but there are album covers out there that are terrifying; I mean, pick any Cannibal Corpse album for an example, but that darkness always drew me closer to those bands that embraced it.

The last album to grab me was The Best of Bang from Ripple Music. I know the songs have been out forever, but I had never heard them until now. Even as I type this I have it playing. It’s just phenomenal music that suits any generation, not just the 1970’s. I’m completely in awe of this release. As far as more modern tunes, I would have to say that the most recent Doomstress release was a turning point in my musical tastes. It brought me into the underground, and did so by being a superb album. I love the genres Ripple Music, NoSlip Records, and D.H.U Records brings the world. There’s some fantastic tunes coming out of the underground right now.

In the mainstream I see a lot of garbage. Kids today have no clue what good music really is, because the mainstream forces this terribly written, horribly performed, auto-tuned crap down their throats. It’s really sad to see so many untalented people getting record contracts; like the cash me outside girl, what the hell was that label thinking ahahaha Good things are coming out of the doom/stoner/psych underground though. The music is solid, and the aesthetic is like it was in the 70’s. There is also a growing legion of fans who all treat each other very well. It reminds me of how the thrash metal scene was back in the day; with people treating each other as brothers, and not as enemies. I feel that the internet has done a lot to ruin that brotherhood, but not in the underground scene I mentioned. There, real music lives, and it just keeps growing. 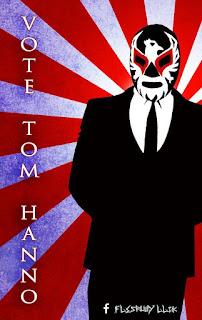 I can’t really say that there’s a band I discovered before anyone else. I know that one band that I reviewed, and deserves a nod is Malus Dextra. I’ve been pimping them out since I heard their debut CD. I’ve been lucky enough to watch them grow as artists, and connect many people with their music.

What's the hardest thing you encounter in promoting shows?

I don’t really promote shows to much, but I have been in bands, and have promoter friends; they struggle mightily. It’s really hard to get people to come out to shows here in Upstate/Central NY. We always played to a decent amount of people, but there should have been more. I think most people just wanna listen to music at home, or in their cars. But people, support your local scene, because you never know when your buddies band is gonna break out and become the next big thing!!!!

My all time favorite song is Babe, I’m Gonna Leave You by Led Zeppelin. I could easily pull of a thousand words on this song; from the lyrical content, to the masterful execution of the music, and just the overall vibe of the song. This is one incredible track, and will always have a place in my playlist. It’s important for many reasons, from the leaving the woman you are with, to reminding me of my childhood, to times when it came on the radio in the car. It’s just a phenomenal track.

Doomstress, I think they have the capability to become a lot bigger than they are. Alexis, and the rest of the band, are incredibly talented musicians. Hyborian are getting ready to take this continent by storm. I caught them with Weedeater about 4 weeks ago, and they floored me. I had heard the album beforehand, but, after seeing it live, I feel they are gonna blow up in the next year or so. Ryan, and the guys, are all great people to, they hooked me up with my admission and we all bullshitted for quite a while. Black Road is my third pick. Suzi is incredibly talented as the frontwoman, and the band brings it!!

I’m a collector, mostly CD’s and digital, but my vinyl collection is growing as well. My prized possession is my Gwar collection. I have all the studio, and a couple of live, albums; some of which aren’t easy to get anymore. I also have a first edition copy of The Travelling Wilburys, and a copy of Green Jello’s first album that actually says Green Jello and not Green Jelly.

What is it about this particular type of heavy music that makes it mean so much to you?

I love the raw, edge-y attack of heavy music. The distorted tones, the fuzz tones, the clean vocals, the dirty vocals, the extreme vocals, the bombastic drumming, and the thundering bass. I love it all, and would be lost without it.

I enjoy music, and talking about it. Even if no one read my words, I’d still write them. It’s about sharing what moves me with others, and hoping that they feel a fraction of the emotion that I get from it.

I wouldn’t have the satisfaction of sharing music with people. I love doing that, and have been told by a few people that they read my reviews before checking out new music, just to see what I had to say about it. That is a pretty incredible feeling, and I appreciate those that feel that way about my writing. 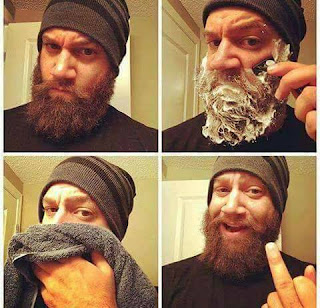 I’m not really worried about being remembered. If I am, great, if not, oh well. I guess if I’m to be remembered for anything, I’d like it to be for being an honest, passionate, writer; one who could balance his writing with being a good father and friend.

I don’t work at the moment, and am currently working towards my Bachelors degree in creative writing. I try to balance my daily life, school, parenthood just like anyone else does, carefully ahaha

I’m currently working with a hip hop artist that I know, laying guitar parts down for his songs; I have always enjoyed rap, horrorcore rap, especially. I also have an idea to infuse doom with hip hop vocals, but that’s just an idea at this point.

My other passion, besides being the best father I can be, is my Norse Paganism. I truly enjoy having a belief system that makes sense to me personally, and helps me remain strong in the face of adversity.
Posted by The Ripple Effect at 12:30 AM