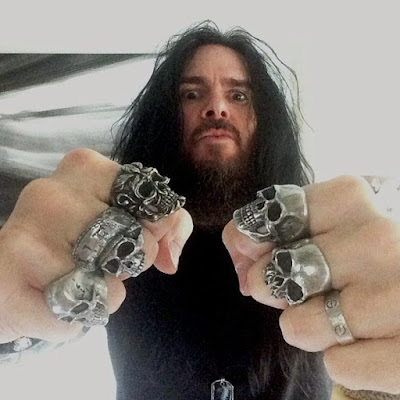 This interview originally published way back in May of 2018 (surprisingly, we also interviewed the man back in 2016!), but now with Blasko joining the Ripple family, we thought it was time to republish and once again shed light on the man's undying passion for heavy rock n roll.  Not many artists who play the stages Blasko plays, still keep their ears open to the rumblings of the underground.  But Blasko does.  Whether through his support of the scene's radio shows, podcasts, and live streamings, or via his own podcasts, or even his spontaneous outreach to bands he digs just to say "Cheers, man", Blasko lives and breaths rock n roll.  And he puts his voice where his heart is.
Now joining Ripple, Blasko will head up a series of special releases, hand-curated and executive produced by him personally, brought to Ripple, to shed light globally on bands he digs from the underground.  Only good things can follow.
Dig in, and meet the man . . . .Blasko

Let's start with your name and what you do.  Let's have it.

- Blasko. I wear many hats, but most commonly I am the bass player for Ozzy Osbourne.

Start at the beginning, how did you get started with this crazy idea of spreading the word about music?

- I was in a thrash metal band in the 80’s and that was the scene. A lot of tape trading and fanzines. Sharing music and turning your friends onto cool music was just what we did. Metal and Skating were all consuming!

As a busy musician how do you find the time to stay in touch with the underground, and what do you see happening there that excites you?

- Spotify and Band Camp are great tools for music discovery. But the real winners are the blogs and DJ shows / Podcasts like Electric Beard of Doom, Into the Void and Fuzz Heavy. The Doom Charts and the Obelisk are amazing portholes into the underground as well.

- Kiss Destroyer was the beginning of the end for me. It all starts there and everything that followed was a natural progression; AC/DC, Black Sabbath, Deep Purple, Metallica, Slayer etcetera. You know the story. Kiss and Sabbath is what set my course for all things heavy and dark, but Slayer is the band that made we want to be in one of my own.

- Wow, it’s gonna be tough to narrow it down to one, but I would say Rituals by Rotting Christ. 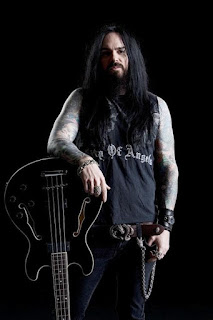 - Well we are in a transitional period which is both good and bad. All the while the only real thing that has changed up till now has been the formats that we choose to listen to whether it be 8tracks or CD’s. The process was always the same…. like a band, go to a store and buy their record. Now the format and the behavior is totally different with streaming. The potential downside of this is that all artists are created equal in that anyone can make music and add it to all the major services and in this case we level the playing field and it becomes more difficult for bands to rise above the clutter as there is much more competition. However the good is that never before have we had so much access to music. As a music fan and consumer I find it to be an amazing experience.

What do you think of the small labels in the underground?

- They are beyond necessary. They still believe in the music. There is still passion there.

- That might have been the Grey Britain album by The Gallows. A lot of people slept on that band and specifically that album. It is one of the best albums ever made. For them it all kinda fell to pieces after that album, which may be somewhat telling why the album is so next level.

- Black Metal by Venom. I would be curious to know more about the origin of the song. What their inspiration was. Did they foresee it being the seed for an entire genre?

- Them Evils, Haggard Cat and Haunt… although I am probably not telling you anything you don’t already know.

- I kinda got into this minimalism thing, so got rid of all my cd’s and most of my vinyl with the exception of my Black Sabbath and Black Flag collection. I did however just pick up a new turntable and I am gonna start getting back into vinyl. I always loved the experience.

- It’s my life. It’s what I am the most excited about everyday.

How would your life be different if you weren't spreading the word about music? 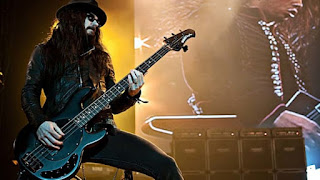 - I am proud that I am self made. I took responsibilities for my own life and made no excuses for any short falls along the way.

- My business is my day job but I am fortunate that I don’t need to consider it “work".

- I am currently on tour with Ozzy in South America. We just kicked off the Farewell Tour so many more shows to go!