WASTED THEORY 'Stoned On Both Coasts' 2018 Tour; Sign w/ARGONAUTA RECORDS for 'Defenders Of The Riff 2017' 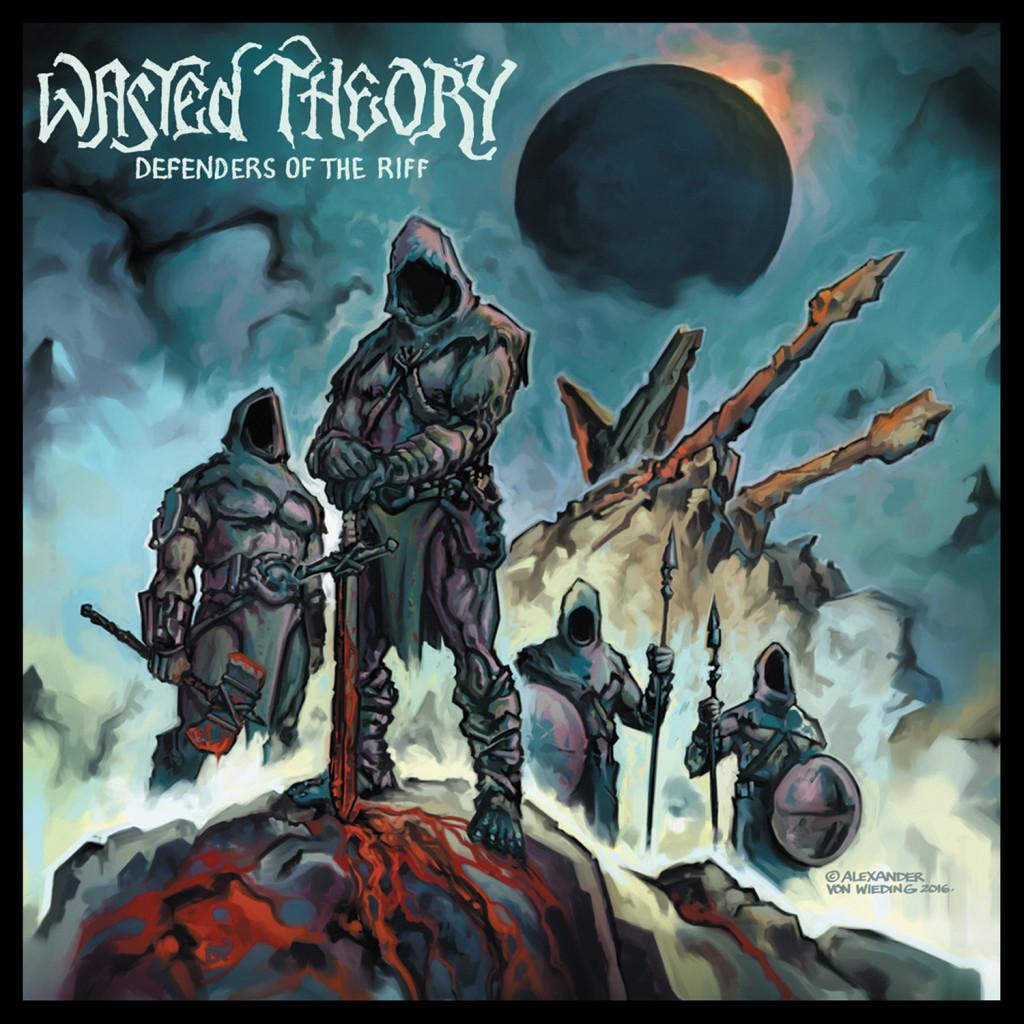 Wasted Theory announced their 2018 tour and festival appearance dates that will stretch across the United States, including their first West Coast shows. The Mid-Atlantic quartet is touring to support their recent signing with Italy's Argonauta Records and the '2017 Edition' reissue of their Defenders Of The Riff second full-length album.  The 2017 reissue now includes two previously unreleased bonus tracks.

American Weed Rockers Wasted Theory are about to hit the highway again and have announced U.S. Tour dates for 2018, including their first sky-way trek to California to accomplish a hazy 'Stoned On Both Coasts" year of performances. The Mid-Atlantic quartet's tour is in support of their recent signing with Italy's Argonauta Records and the '2017 Edition' reissue of their second full-length album Defenders Of The Riff.

The Stoned On Both Coasts Tour starts off Friday, February 2nd, with back-to-back shows covering each half of their Delaware/Maryland home states, fly high through Northern California in March, then routes these four heathens of the heavy rock apocalypse through 12 states and over 20 cities. Wasted Theory also confirmed two special festival appearances - on April 20th for the inaugural New England Stoner & Doom Festival in Southern Connecticut, as well as the Stoned To Death 3 Festival in Vermont on May 26th.

While the original release 'Defenders Of The Riff' in 2016 drove the underground heavy music world into whiskey fits of doom, this '2017 Edition' reissue now includes two previously unreleased bonus tracks.  With the anthemic cover of 'Rockin' is Ma' Business” (the 1991 epitome of heavy rock from The Four Horseman, also covered by Alabama Thunderpussy in 1999), as well as a thoroughly invigorated rendition of the 1975 Nazareth classic "Changin' Times". adding these two powerhouse songs to the already 10-track, grit-packed punch of Defenders Of The Riff brings this album to a even dirtier dozen.

Get Loud or Get Fucked
Black Witch Blues
Atomic Bikiniwax
AmpliFIRE!
Gospel of Infinity
Belly Fulla Whiskey
Under The Hoof
...And The Devil Makes Three
Throttlecock
Odyssey Of The Electric Warlock 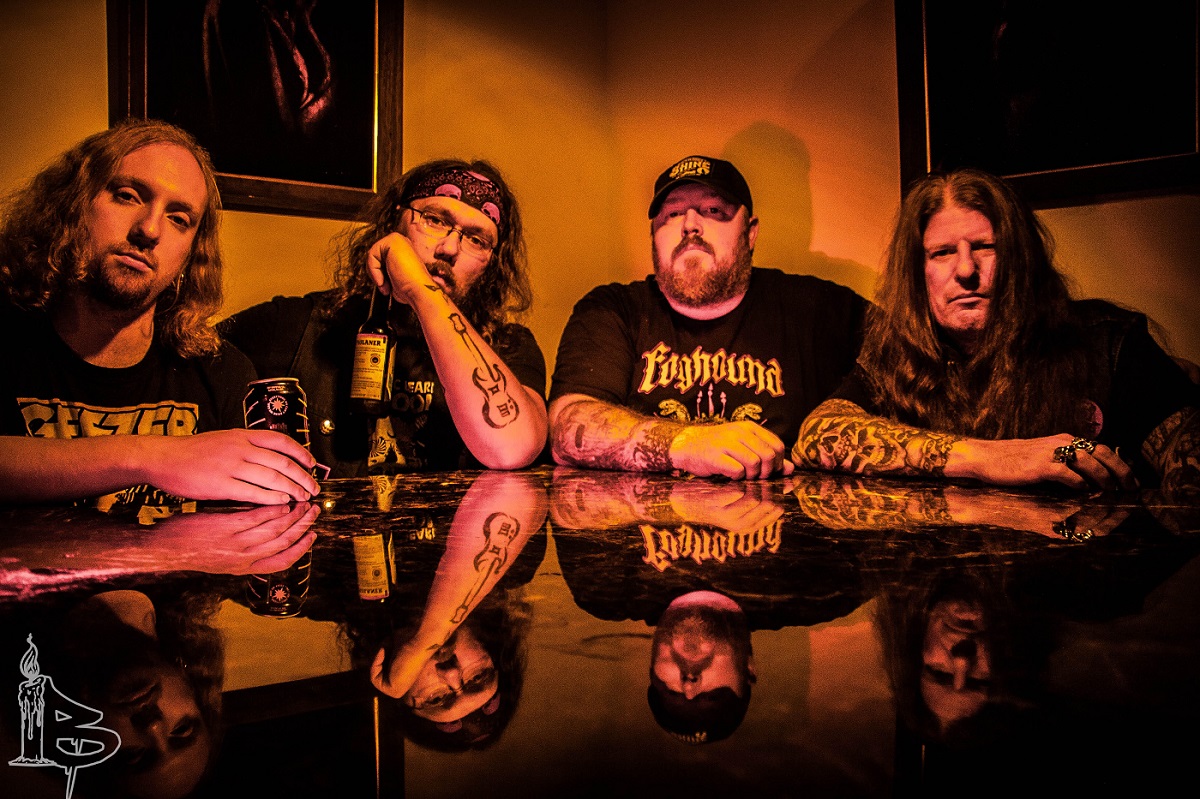 “Defenders of the Riff” written by Wasted Theory, with lyrics by Brendan Burns. The album was recorded and engineered by Paul Janocha at Ken-Del Studios (Wilmington, DE); as well as recorded, engineered, produced and mixed by Nick Rotundo at Clay Creek Studio (Bear, DE). Mastering done by Tony Reed at HeavyHead Recording Studios. Artwork by Alexander Von Weiding. 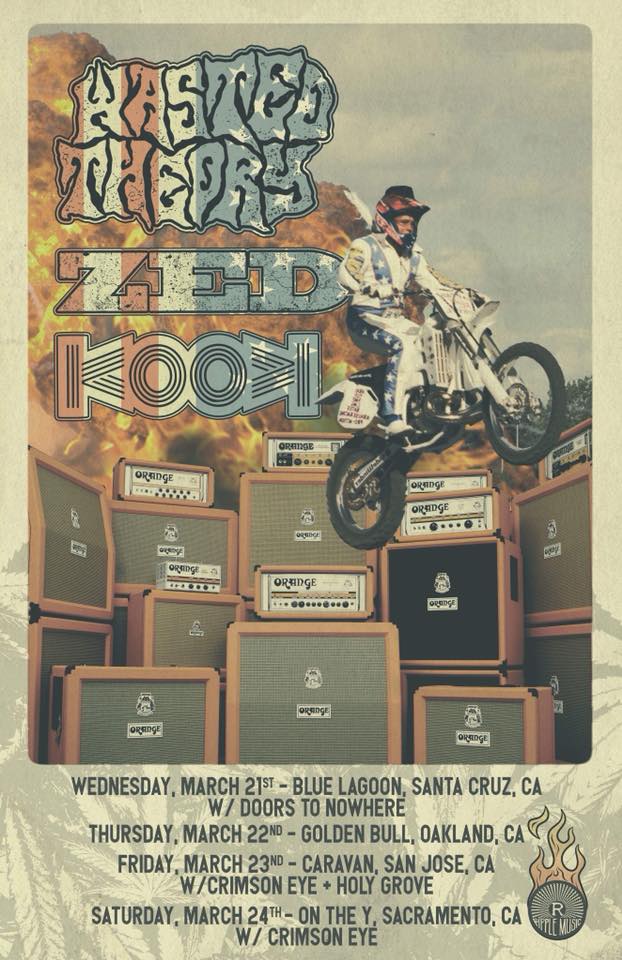 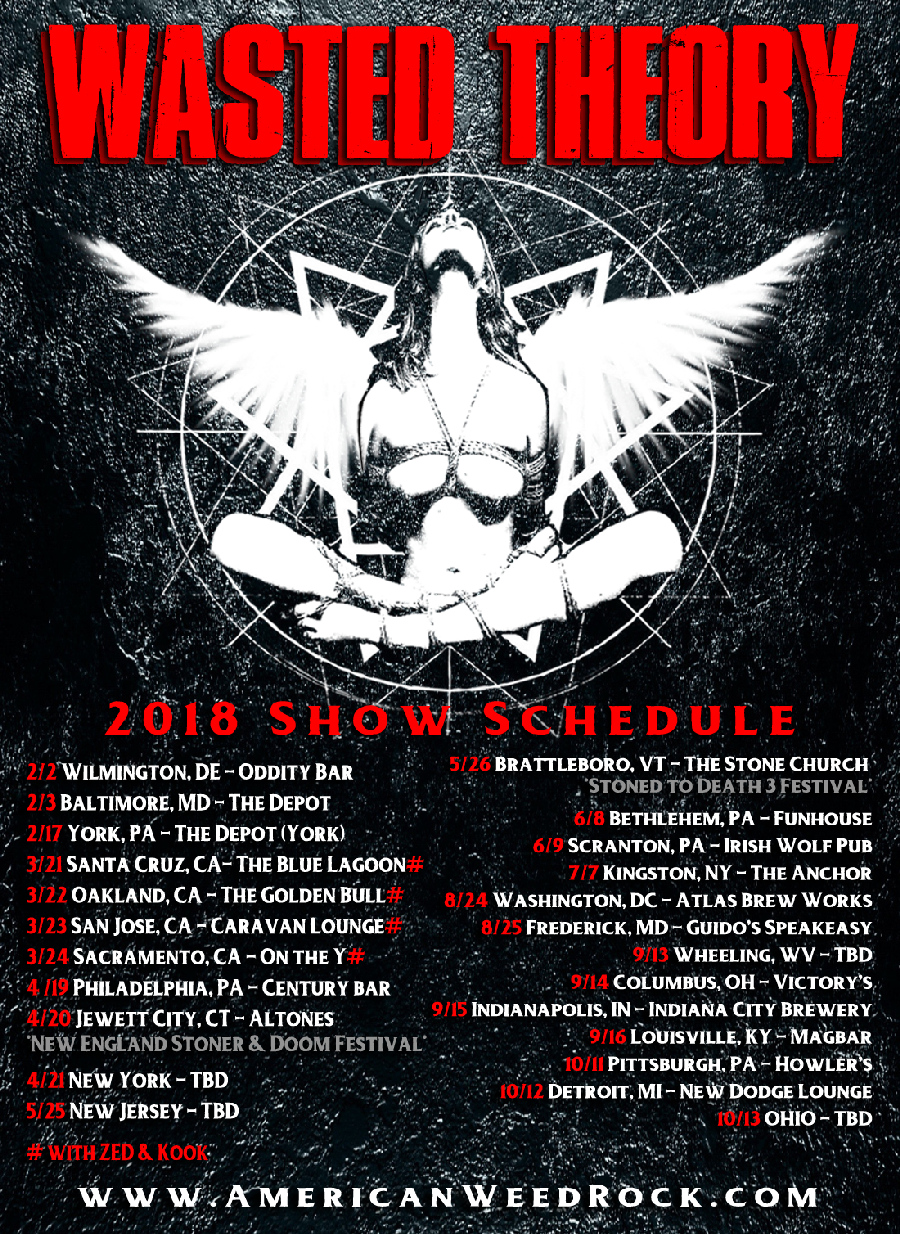 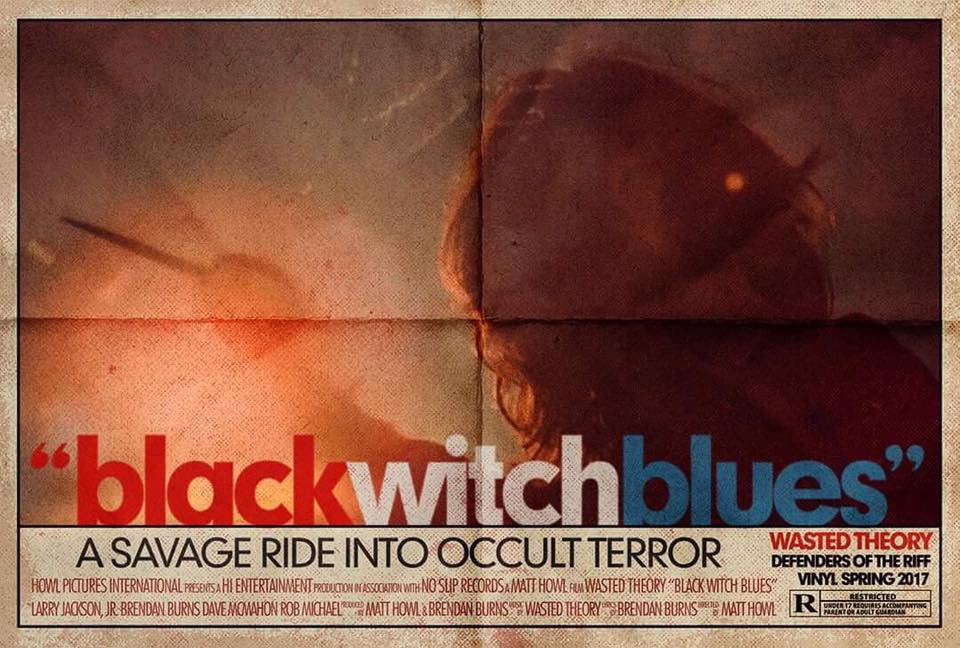 "That development is crucial to understanding their sophomore album, and what it ultimately accomplishes in moments like the solo of “Atomic Bikiniwax” and the slowdown of “…And the Devil Makes Three” is a broadening of Wasted Theory‘s dynamic that stays within the growing range of their songwriting. Near-virulent hooks populate Defenders of the Riff, Jackson‘s vocals indeed snarl up from under a barrage of top quality heavy riffing, and their presentation is thick, full and professional across the board." - JJ Koczan, The Obelisk

“Defenders of the Riff is an excellent album that further enhances Wasted Theory's reputation as a growing musical force in the underground rock scene and does so with a wink and a knowing smile. It is the perfect follow up to the bands first album "Death and Taxes", its just a pity we've had to wait two years for it.” – Frazer Jones, Desert Psychlist

"This album is perfectly crafted and completely ups the ante from “Death and Taxes” which was a flawless album in itself. Dirty rock, gritty vocals mixed either with riffs that have tons of drive, or slow chug that even makes you feel like a badass.” - Eric Crowe, The Sludgelord