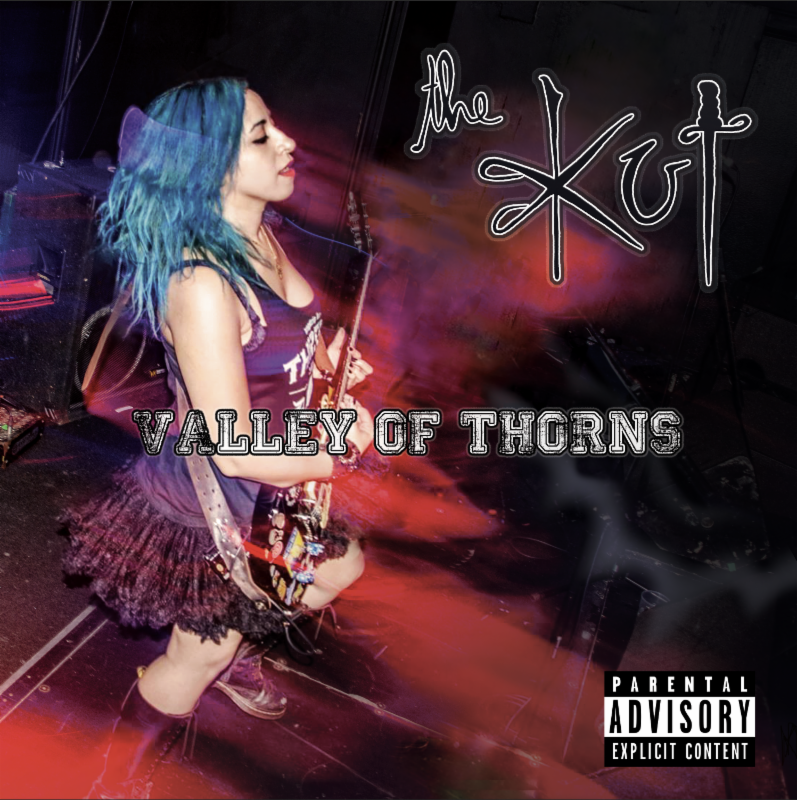 Rock category Finalist of the UK Songwriting Contest 2017, The Kut, announces a World Wide Record Deal with Cargo Records for the long-awaited debut album 'Valley of Thorns'.  Known for bringing some of the best independent albums to the fore, including those by The White Stripes, The Black Keys and Jonny Rotten's Public Image Limited, Cargo Records have now put pen to paper and added The Kut to a long list of UK musicians to join their world wide roster.  The album, produced by 'James Le Rock' ( Skindred / Def Leppard / White Zombie / My Vitriol) finally sees the release of some of the live favourites heard on tour, and releases on Friday 13th April.

John Dryland at Cargo spoke of the record deal, noting that "it's great to be releasing the debut album from such a hard working, stellar band as The Kut."

Maha announced that "It's an absolute dream come true to sign with Cargo. They are super passionate about their artists - truly one of the UK's finest. The debut has been a long time coming, and I can't wait for everyone to hear it".

Cargo and The Kut have partnered with Pledge Music to set the release in motion.  The campaign sees special exclusives for supporters, including rehearsal hangouts, signed lyrics and the opportunity to be included in the vinyl liner notes. Pledgers can also get their hands on signed Limited Edition CD DigiPacks, or even the infamous Kut jackets seen on the band and krew during recent tours.

2017 saw The Kut featured as one of Kerrang! Magazine's Breakthrough Acts of 2017, while 'The Kut EP' was released on 500 limited edition picture disc for Record Store Day 2017, also featuring at number 4 in Kerrang! Magazines Top 10 Record Store Day Releases, alongside Baby Metal and Gerard Way. The summer saw The Kut playing 21 UK mainland dates, and the year ended with the band claiming the Number 1 Spot in the Beyond 50 Promotions Top 50 Under the Radar UK Bands.  Announcements for 2018 have included The Kut being added to the line ups of Camden Rocks Festival, Amplified Festival, Strummercamp Festival, Nice and Sleazy and Rebellion Festival.  Rock fans - watch this space!

The Guardian - Editor's Pick
"Your snarly singer-guitarist in the latest line up of this doughty girl-grunge trio. Shades of Courtney, Brody and L7, naturally, but with plenty of contemporary haters to aim her barbs at"

Kerrang! Magazine
"Led by Princess Maha, this is a neat twist on grunge pop"

Q Magazine
"There's a slice of angst-offloading gutter rock that's a kissing cousin of Hole, but The Kut's scuzz-covered family tree also stretches further back to the garage rampages of The Stooges."

Rock Regeneration
"They have the songs, the stagecraft and a stellar work ethic. But don't take my word for it, go see them for yourselves"

Classic Rock Magazine
"Marks the precise point in the Venn diagram where L7 meets I Wanna Be Your Dog meets Courtney Love, which is equal parts terrifying and a cause for long and rowdy celebration. Punk's not dead, pass it on."