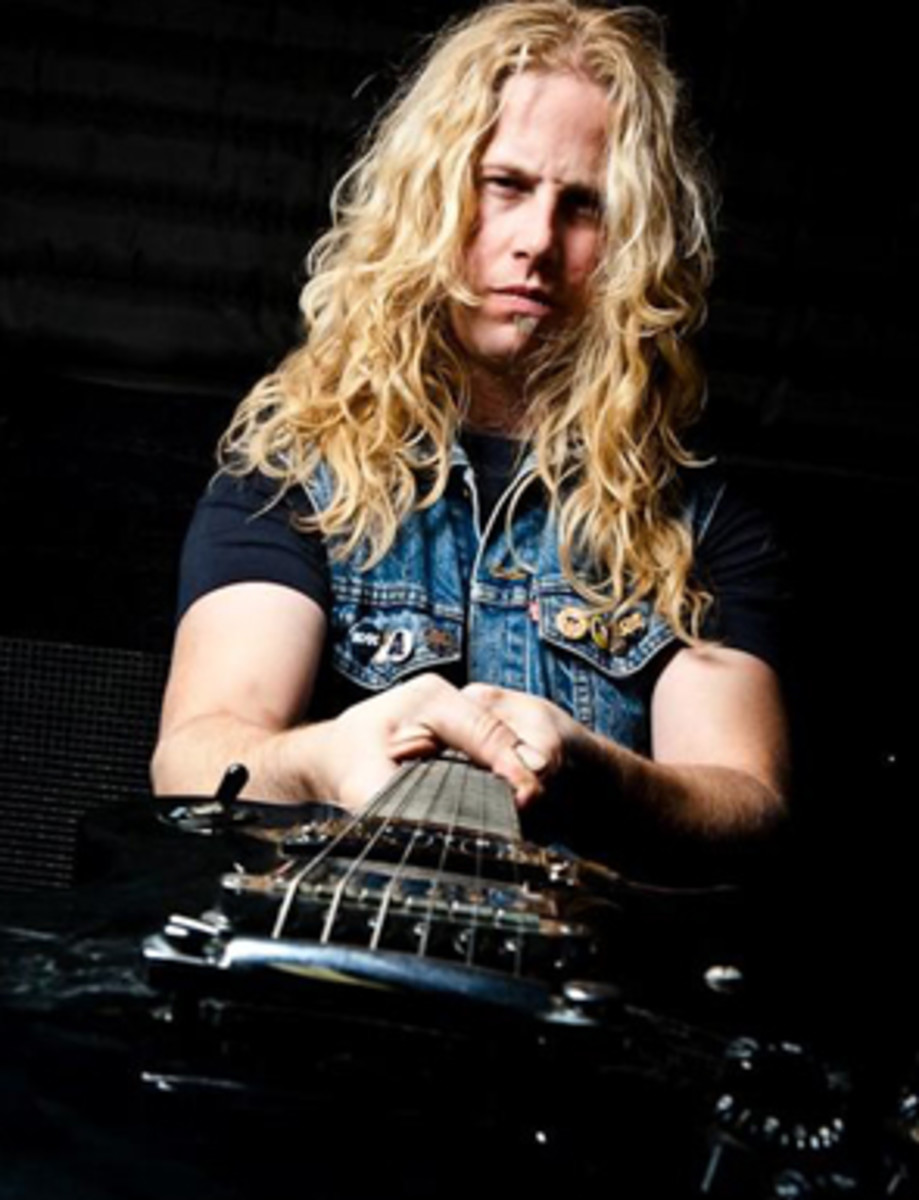 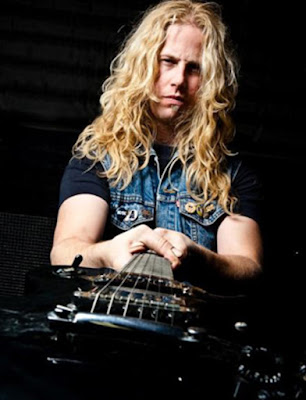 Void Vator just wrapped up a string of west coast dates and released a video for the single No Return.  In the midst of all that madness Erik generously agreed to carve out a few minutes to answer my queries.

Do you have an aliases?
Ron Kirkland Houser V

If you had an alias what might it be?
see above

What was the first instrument that you played?
Piano

What was the name of the first band you were in?
The End

What bands are you actively involved with?
Void Vator and Ironaut

Tell me about No Legacy Records.
I put out a 9 band vinyl compilation featuring professional up and coming bands that I met through the underground metal scene in 2017.  All the bands are from Southern and Northern California.  I printed 500 limited edition copies.  No Legacy is pressed on 180 gram vinyl and has a printed record sleeve on the inside.  If you're reading this interview, then you are into underground metal and you will dig this compilation.  Order a copy for $15 at http://www.nolegacyrecords.bigcartel.com like the facebook page at http://www.facebook.com/nolegacy

You play guitar (Void Vator) and bass (Ironaut).  Which is your favorite and do you play any other instruments?
I'm primarily a guitar player and I find more hellistic pleasure playing it. I'm concentrating on improving my home recording skills for band demos and making music for video games.

Tell me about one of your first musical memories?
Hearing She's a Little Run Away by Bon Jovi on the Radio in the early 80s.  Maybe 82 or so...  That song rocks. 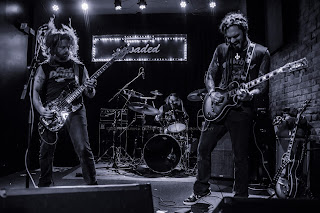 Do you have any non-metal musical inspirations?
They used to write really good music for tv and movies in previous decades that still get stuck in my head from time to time.  I suppose there are a few good tv songs now like Family Guy, Bojack the Horseman...  I guess South Park...  Hmm...  Brickleberry has a nice short intro song..  But songs like Hill Street Blues, Mash, Batman, Bonanza, etc..  Those were life changing.

What is your favorite thing about touring?
Forgetting about the distractions and frustrations of mundane day to day life.  Touring is being on a mission with the successful completion of the rock show being the primary goal every night.  The constant change in scenery, people, and culture makes me feel alive again.

What is your least favorite thing about touring?
Vehicle problems

Is there a city that you love to hit while on tour?
Reno Nevada is like Mad Max meets the Wild Wild West.  It's total freedom and total danger mixed in one.  I LOVE it.

Do you have a favorite venue to play at?
The Token Lounge in Detroit has a special place in my heart because it was home base for my Detroit band Overloaded and John Anton has put so much heart, soul and money into the club to make it world class.  The best venues I've ever performed at are Webster Hall in NYC and The El Rey Theater in Los Angeles back when I was in Gypsyhawk and we toured with The Sword...  Oh, and Club Soda in Montreal.  That place is amazing.  Canucks know how to party.  I played Club Soda when I was in White Wizzard on tour with Korpiklaani and again when Gypsyhawk toured with Alestorm.

What band have you played with that has really impressed you with their live show?
Alestorm's live show, energy, and crowd reaction was probably the best.  That's a band who is better live than in the studio IMO.

Do you have a pre-show ritual?
I typically drink one 24 oz PBR (Pabst Blue Ribbon)


What’s the weirdest experience you’ve had on the road?
Having sex with a girl in a tent and then being shocked when she introduced me to her then current boyfriend a few hours later.  Bad Karma.

What is an absolute band killer?
EGO.  I don't know why someone would have an ego just because they are a good musician. That is just one skill point.  Take a comedian for example.  These guys and girls do stand up, act, write, get paid, get laid, most of them can play an instrument, just about all of them can sing, and they work their set 6-7 days a week.  Get over yourself. Talent is expected, it's part of the job.

What advice would you give young musicians that are just starting out in the music business?
Being in beginning bands is like dating.  Don't think that your first band is going to be "the one".  Once it becomes obvious that the band you're in is not working out, get out and move on to the next.  You're not young for long.  Youth is a MAJOR asset.  Don't waste it. 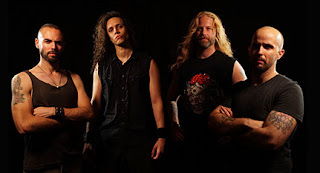 The year is 1989.  Where are you at and what are you listening to?
I just moved back to the suburbs of Detroit from Orange County, CA. I was wearing an Iron Maiden T Shirt listening to Megadeth and learning to play a black Ibanez Roadstar II.

If you could insert yourself into any one band what band would it be and why?
Void Vator

Have you ever heard a song and immediately wished you had written it?  If so… What was the song and artist?
Fuck You Bitch by Wheeler Walker Jr.

What’s the longest time you’ve gone without bathing?
I think proper hygiene is incredibly important and not that difficult.

Iron Maiden or Motorhead (if you had to pick one)?
Iron Maiden

Favorite album?
Megadeth; So Far So Good So What

Describe Patrick McHugh (guitarist for Ironaut) in fifteen words or less.
I hope he doesn't die this year.

I hope everyone enjoyed this interview as much as I did.  I’m betting Erik is a hell of a guy to hang out with.  Be sure to catch him on the road with Void Vator or Ironaut and while you’re at it you should pick up a copy of No Legacy Vol. 1.

-El Pedo Caliente  (a.k.a. Uncle Jameson from the Fistful of DOOM show)