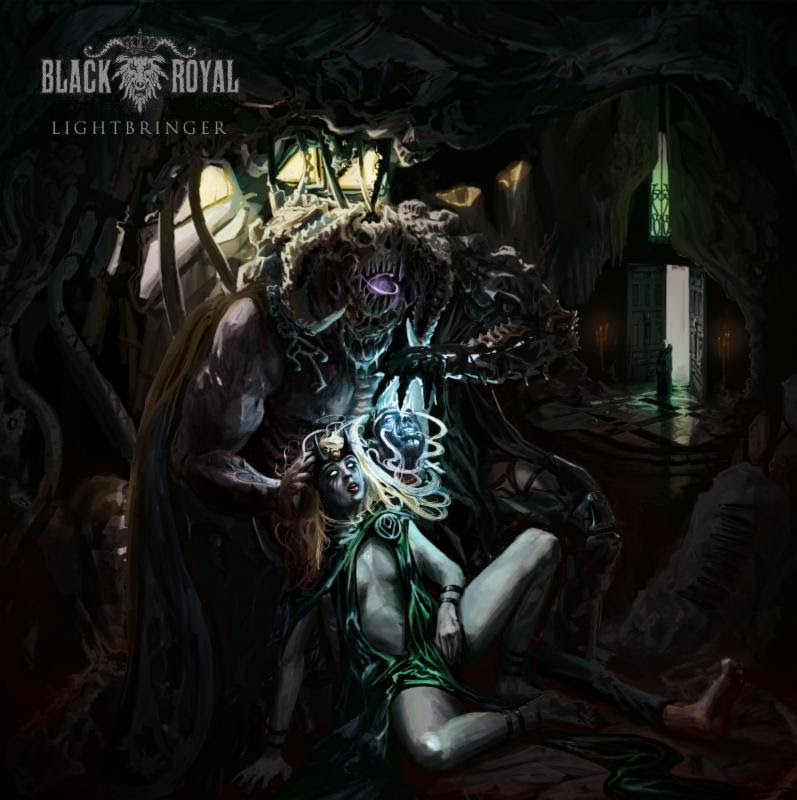 A truly dense and obliterating offering both musically and thematically, the ten-track Lightbringer centers itself on mankind's utter failure in finding inner strength and the meaningless trust in fake ideologies. "Faith is, more or less, a consequence of fear and ignorance," elaborates the band. "Mankind's quest for meaning is greater than their ability to understand that we hold the key to our own potential and inner strength. This act against the original plan of The Elders and The Wise has led mankind to the brink of their own intellectual extinction. To survive, mankind must abandon the power of religious dogmas and evolve by the strength from one's inner self. Time has come for the Lightbringer to enthrone and steer man back to the path of free thought and prove wrong their false choices (the reason for current global chaos). Now is time for the new world order. It won't be divine."

BLACK ROYAL's thundering Lightbringer will see release on CD, LP, and digital formats via Swedish-Finnish label Suicide Records on March 9th with preorders to be announced in the coming weeks.

In the meantime, sample the band's new video for opening album bruiser, "Cryo-Volcanic," at THIS LOCATION.

Hailing from Tampere, Finland, BLACK ROYAL was forged in 2013. The quartet's music combines modern sludge with '90s death metal, classic seventies influences, epic choruses and unconventional arrangements, resulting in a distinctly alluring sound often and accurately described as "death blues." Inspired by beer and occult teachings, their music is laced with distortion and growls proclaiming various themes from free thought to the perils of organized religion.

Following two critically-lauded EPs -- The Summoning Pt.1 and Pt.2, released in 2015 and 2016 respectively -- the band was signed by Swedish-Finnish label Suicide Records and unleashed the Dying Star seven-inch/digital single, serving as the first taste of BLACK ROYAL's imminent Lightbringer debut, coming at you this Spring.