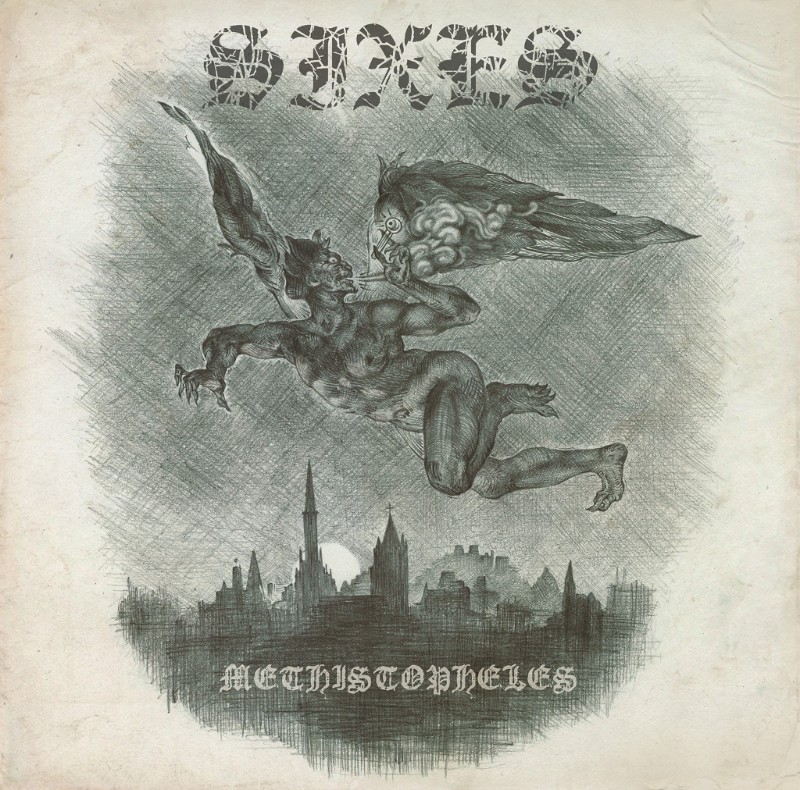 LA-based doom unit SIXES is proud to announce the impending release of their aggressively heavy debut album, Methistopheles, due out March 2018 via Black Bow Records.

Recorded by Brent Wisdom at 13 O'Clock Studios in what was one of the harshest winters to hit California in decades, Methistopheles was mastered by Brad Boatright and contains over an hour of seriously depressing and angry sludge. Doomed & Stoned says "... the approach to their core focus, even in this day and age, is taboo, violent, and abrasive." With riffs aplenty and a grim blend of black metal and stoner doom, SIXES is carving out their own niche within an already vast subgenre. With cover artwork designed by Ryan Bartlett, Methistopheles will see additional releases on multiple formats via Poisoned Mind Records, Forbidden Place Records, and Medusa Crush Recordings.

"The writing and recording process for this album was an exorcism of sorts, we put it all out there. I don't think it took," says vocalist and guitarist Stephen Cummings. "It's heavy, it's dark, and it's miserable."
SIXES is a blackened doom/sludge unit based out of Southern California, whose mantra is "Worship Amps. Not Gods." Formed in early 2016, the band released its first single, "A Cross To Burn," which was met with wide acclaim from various music press. After releasing this single, SIXES dominated shows in SoCal, showcasing their talents by performing sonic rituals in support of Conan, North, Young and In The Way, Goya, In The Company of Serpents, Year of the Cobra, and many more.

"Like all good sludge bands, SIXES know their way around menacing feedback that will probably give you an irregular heartbeat..." - Metal Injection

"It'll make your sunny day dark." - The Obelisk
Posted by The Ripple Effect at 12:30 AM