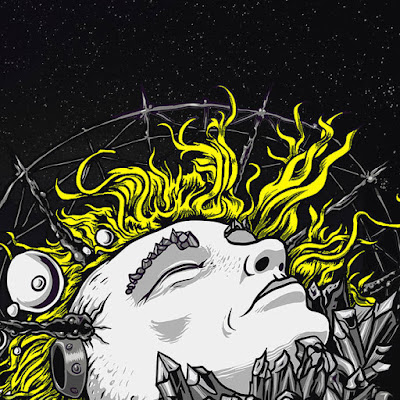 They first formed in Donetsk, Ukraine in 2011, and almost three years ago, they were forced to leave their home city by the war and venture forth in search of a new home. They state that, “it's a new page in our music. It's a new vision of our band.”

I don’t know what vision it is that they have, but I like where they are going with it. The mix of psych/stoner rock just grabs you as soon as you hit play. The swirling sounds, the pounding drums, the thick, but intricate bass, the excellent guitar playing and the blistering vocals made this a song that you will want to hear again and again. The song is catchy, a glorious morass that will engulf your ears and fill them with the glory of a band that is at the top of their game.

With just one song to go on, this is a fantastic journey for the band that the listener can’t help but get pulled along for the ride, and what a ride it is. Grab a bag of your fav snack food and let them take you away.