NYDTyson - If You're So Smart, Why Are You So Sad? 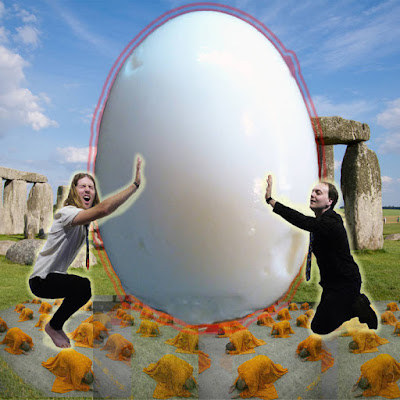 The group from Los Angeles, CA has just released their debut EP containing five songs, and their name stands for Neil Young deGrasse Tyson. The duo takes an irreverent stab at indie and never gets bogged down in anything too heavy-handed.

“Egg” reminds me of stuff that I heard on the radio back in the mid ‘90s when alternative was the big thing and weird and wacky would get attention on the video shows and airwaves. Very quirky and so much going on in it that you have to give it a few listens to drink it all in. “Neanderthal” and “What Did You Say?” are two of the songs that were heavy and more all out garage rock and I loved them. “Who Cares” has the feel of floating and just drifting into the ether, kind of like a China Crisis song. “I Think We Both Know” is another slow song that continues the light and airy feel of the previous song and gives us a bit of a Pink Floyd sound…very cool.

If you are out to listen to something that doesn’t sound like everything else out there, you hit the jackpot here! A very interesting and delightful EP that will keep you coming back for more and wanting them to hurry up and get more music out.

debut ep egg i think we both know if you're so smart why are you so sad? indie rock neanderthal neil degrasse tyson neil young nydtyson what did you say? who cares