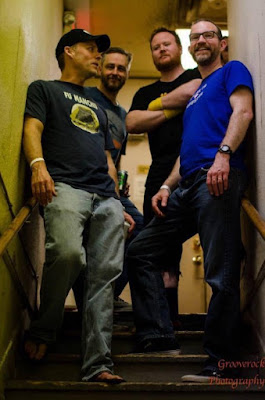 Label founder Todd Severin commented  "I've been a huge fan of Mr Plow since their early days and I personally have all their albums in my collection, so it was a no-brainer to ask the lads to join the Ripple family. The new album is better than anything I've ever heard from them before and will definitely open up new ears and eyes in the stoner/doom community."

Bassist Greg Green also commented "I think I can speak for the entire band when I say that we're super pumped about signing with Ripple. Ripple is the only label that we ever talked about working with once we decided that this album needs more exposure than we could ever hope to give it releasing it on our own. And we're in good company--the entire Ripple roster rocks."

Mr. Plow formed in 1997 when Kyuss and Fu Manchu were blowing out speakers in car systems across the land. When the term “stonerrock” was joining the lexicon for music writers who needed a category for riff-based rock that was tuned down and turned up.

The band were influenced heavily by the times, but sought a different direction lyrically--instead of dark and evil, they went for pop-culture references and hooky riffs. Mr. Plow was way less about skulls and satanic imagery, and way more about good times that would be the soundtrack for summer trips to the beach or skatepark.