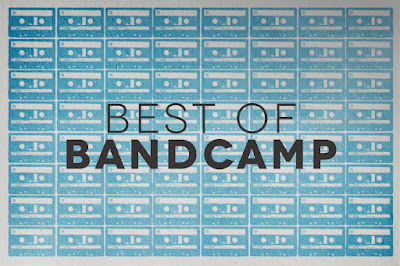 It’s that time of year where all us music junkies scramble together what we perceive to be our favorite albums of the year. Call it the “best” our “favorite” or “top albums” but in the end, each and every one of us has a unique twist and combination of tastes that the real intent of these lists is to keep spreading the word about great music. The hard part lately is there is so much access to music these days with platforms such as Bandcamp, Spotify, Amazon, etc…. that it’s up to the individual to decide how deep down the rabbit hole they want to go. As you will see with this list here, the rabbit hole is a tunnel protruding beyond the core of the earth and into space for eternity. This is a representation of albums I found on Bandcamp that either did not have a physical option or I just didn’t have the funding at the time to purchase on vinyl or CD. I typically only buy vinyl but nonetheless, my these are all fantastic and worthy of your attention. I did rank them. Keep in mind after the first 25 or so they are all pretty equal on my chart lists, but its more fun to assign numbers if you ask me. Not a competition, but kind of a competition. 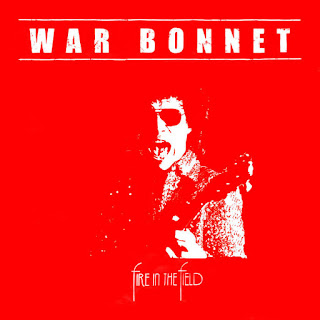 Not only does War Bonnet extinguish the flames set by the scorching debut Gypsy Tea Room, it retains the rock n roll fury with another layer of banging guitar licks, catchy grooves, and stage commanding vocals. Those guitar freak outs buried within seal the deal rather nonchalantly. Favorite track: Duke of the Valley. 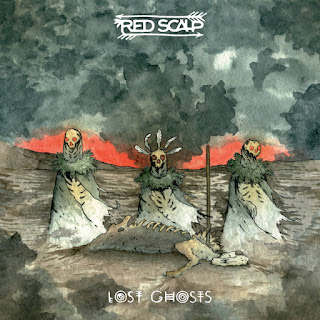 The head bangin’ riffs hypnotize you with their spiritualistic groove but the god damn horn solos smoke out like a big chief torching greens off the peace pipe. A big, fat holy fuck alert!!!!Favorite track: Lost Ghost. 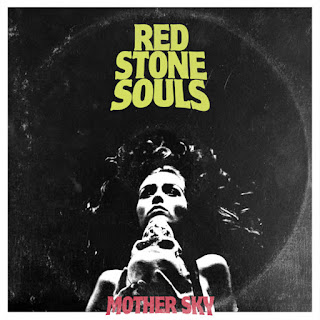 Vivid fuzz electrifies with a bar room brawl full of energy and hard driving rhythm and groove. Don’t fill out your year end favorites list until you grab a hold of this ripper. This is NWODHM: New Wave of Detroit Heavy Metal. Nuff said. 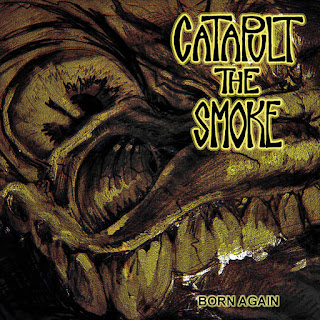 Catapult the Smoke have birthed a first-class assault of massive riffs, crushing, yet melodic, vocals and progressive layers of intense groove on ‘Born Again’. This is how it’s done folks. Ripple Rock of the highest caliber. 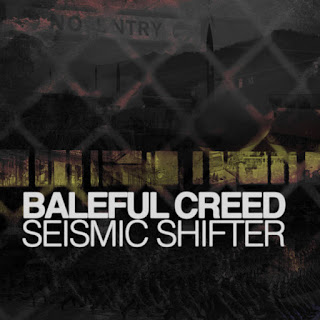 'Seismic Shifter' picks up right where the debut left off amassing a 10 on the "riff"ter scale. The strapping vocals tremble with a mountain splitting groove as catchy as "A-fuckingmen" closing a beer bong prayer in church. Highly addictive album. Favorite track: Baleful Creed - Lose Religion. 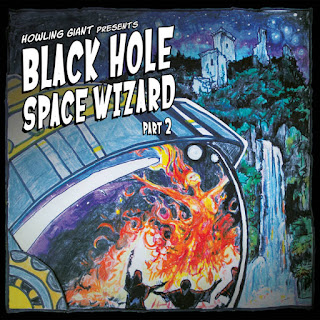 Howling Giant return with Part 2 of the BHSW saga launching rocket fueled riffs beyond the atmospheric boundary of standard hard rock fare. Astronautical fuzz echoes over metallic solos as the progressive harmonies consume by way of gravitational force. Part 2 is a gorgeous and monolithic slab of stoner metal that'll have you begging for more. Keep your eyes on these guys. They're going places. Favorite track: Visions.

Zeppelin esque harmonies rock the stage with the poppy and soulful punch of Wolfmother all while maintaining a fresh, unique twist on modern, heavy, and progressive blues rock. This is big folks. Grab it while you can!


8.SANHEDRIN – A FUNERAL FOR THE WORLD 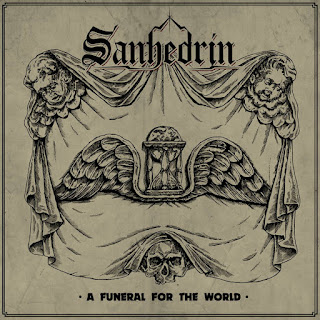 A Funeral For The World celebrates all things heavy metal with a scorching metallic fuzz overlain by Maiden esque vocal chops and a groove factor off the charts. For any fan of metal, stoner, doom, or hard rock. This will go down as one of the strongest debut metal albums of 2017. Mark my words. 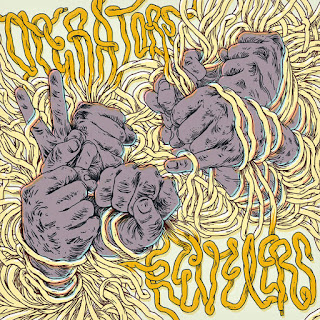 The Operators operate the airwaves with retro driven intent showcasing a gravel packed vocal wail skirting the divide between NWOBHM and melodic stoner rawk. The riffs revel with intensity and the groove tangles the listener between bluesy solos and punk rock energy staking claim as a modern day version of Deep Purple. Favorite track: Rolling Hitch. 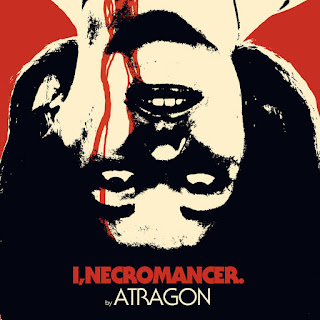 Atragon are the whole package. Crushing doom riffs, potent and engaging vocals/lyrics and a hard rocking edge keeping it from fading into plod territory. The songs morph from low and slow into a hard rocking riff fest of bluesy solos and metallic hooks all together in unison. Something for the whole family to enjoy. 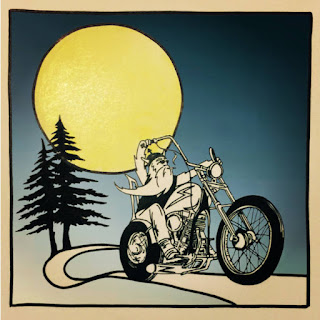 This is enormous! The girthy vocals penetrate deep with brute groove. The proto-stoned power metal meets scuzzy biker blues will leave you begging for more. Like a Red Desert or Black Cowgirl meets Grand Magus. Can't get enough!


12.CORTEZ -THE DEPTHS BELOW 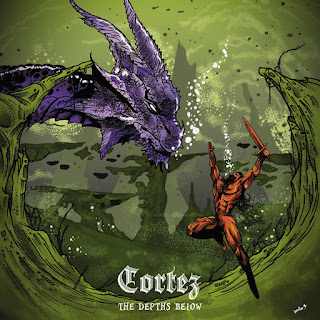 Cortez’ latest album is everything that is hot in hard rock and metal. The Depths Below incorporates elements of all our favorite styles including groovy grunge, punk, heavy metal, and an under arching stoner groove through and through. The groove is undeniable, the chorus lines are a kick in the ass. This one should appeal to a wide swath of the heavy underground population. Hell, this has tracks that would be acceptable on the mainstream FM Rock Radio and would be a welcome addition and lesson of how it is done. Love it. 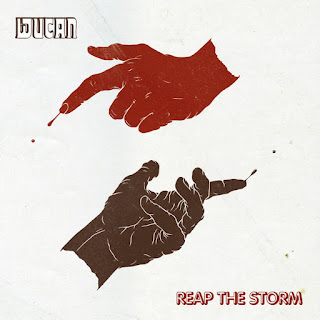 Wucan’s latest album Reap the Storm takes the listener on a progressive journey through folksy blues, proto-tinged psych fronted by an amazing female vocal that is well worth the patience to sit through. It took me a couple listens to discover the beauty within the epic masterpiece, flute and all. Again, the only thing separating me from this on a platter of wax is the international shipping and poor timing when it came on my radar as I had already extinguished my vinyl budget for the day. 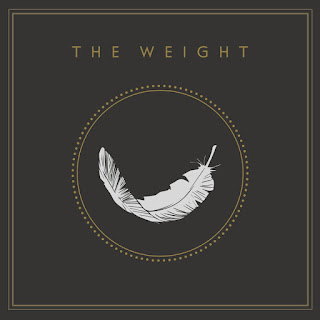 The Weight are not a new band on my radar, but their latest album is of course new. I hovered over the buy vinyl option several times, but with my constant need to straighten my budget out at home and the steep international shipping prices, I failed to score the vinyl up until this point. These guys are right down my alley with a bluesy classic rock vibe while incorporating a mild Southern Rock twang at times. The weight of this one will surely summon a sense of nostalgia while existing as a modern example that rock and roll is alive and well. 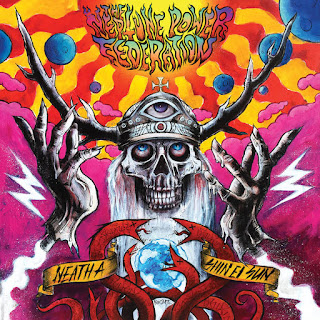 I only just discovered this band late in December and was in shock at how powerful these Aussies music was. I must have listened to this one on repeat 4 times in a row. The combination of fast paced energy and stoner baked psychedelics really scored high marks with me and that closing track is one of the most epic songs I’ve heard in a long time. This band is well worth fighting for, as are a huge swath of bands in the Australian heavy rock scene. 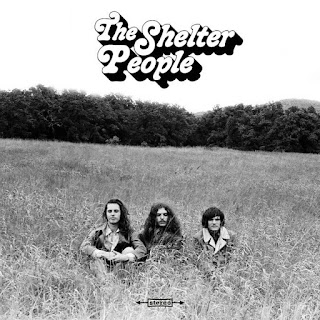 This is flat out 21st century heavy, psychedelic blues rock of the highest caliber. Ya, they might sound like the great underground acts of the 1970s but it's here, it's now, it's the late teens! The EP is one the best of the year and the CD is free shipping to boot! 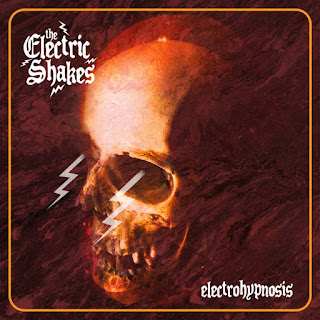 Electorhypnosis is defiantly one of the most under rated albums that came across bandcamp this year. So under rated even myself has yet to add to my collection. The album is packed full of thrilling punky blues swaggering with garage sweat and catchy melodies and thick fuzzy groove. Stunning album deserving to be out on wax. 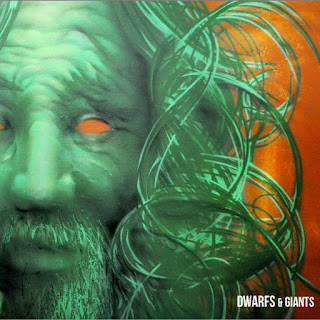 Octopussy is back with a rife stench of powerhouse riffage echoing with melodious keys, retro-tinged reverb, and a stellar spin of hard charging heavy blues. Dwarves and Giants has surpassed all expectations of greatness with this immaculate display of modern stonerfed arena rock. Imagine Clutch meets Audioslave loaded with a diverse array of psychedelic grandeur. And don't forget about that drumming.... Favorite track: Birdman. 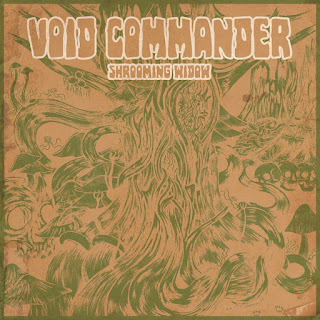 Massive tracks high on low end riffage and progressive with bluesy psychedelia. Void Commander shows no signs of sobriety on its trip through psychotropic fuzz. 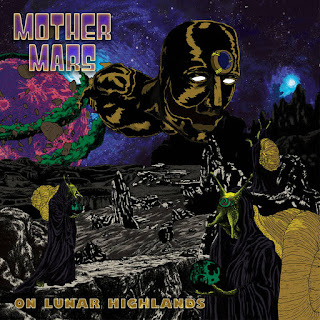 Strap your belts and fasten your helmet tight, come December 6th, the sound barrier will break with a blustery explosion of rustic Sabbathian doom. On Lunar Highlands is an epic musical journey clod-hopping through dusty belts of asteroid rock by way of distorted delta blues. 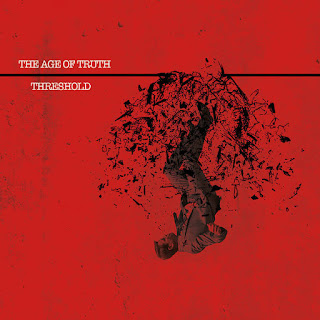 Truth be told, Threshold slams groovy riffs down harder than a lie detector test on on the mainstream media. The vocals ooze with masculinity as the guitar strokes us with breakneck precision guided by tight brooding rhythm. Stadium rock for the underground masses! Ripple Music approved, Kozmik Artifactz tested, pick this up today and save the lies for tomorrow. 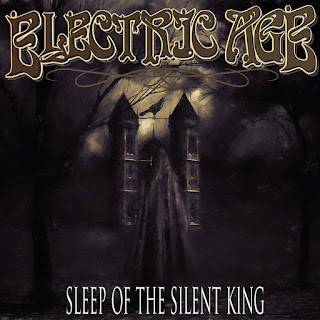 Imagine a metallic lovechild of C.O.C. and DOWN. Hailing from the deep south, Electric Age maul the listener with a suave set of pipes belting out absolute perfection as the gnarly riffs induce text book head bangage and deep, intoxicating groove. This is surely one of the most under talked about albums released in 2017 in the heavy southern metal category. 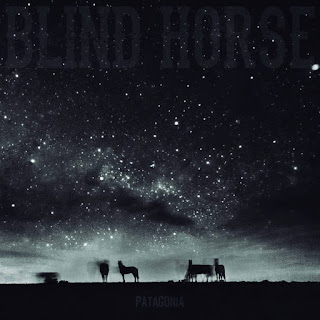 
24.THE WIZARDS - FULL MOON IN SCORPIO 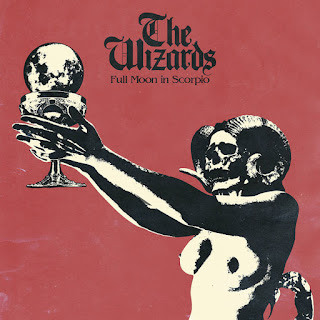 
25.RED BOWLING BALL - ALONGSIDE THE TRAVELER 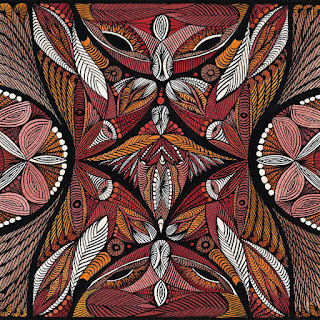 Red Bowling Ball deliver all strikes with a damn near perfect game of heavy ass blues. Alongside the Traveler is both an invigorating listen as it is an example of artistic grit and pummeling rock and roll ecstasy.

27.   MOTHERSLUG - THE ELECTRIC DUNES OF TITAN

67.   THE TESKEY BROTHERS - HALF MILE HARVEST

I listed 125 killer albums here as a testament to how rad Bandcamp is in addition to how much great stuff there is out there. I am sure I forgot many others and to those who don’t see your album on here it probably got lost in the never ending shuffle. I will also be compiling another list of Favorite Records I purchased this year happily residing in my home vinyl collection. We may even have a list of non-rock vinyl albums I spent a great deal of time listening to this year including Country Western, Americana, and Folk rock type albums. As always, please comment below and let us know what I forgot. Cheers to another successful year at bandcamp. I’m not expecting it to die down anytime soon.

-THE HUNTSMAN
Posted by The Ripple Effect at 12:30 AM