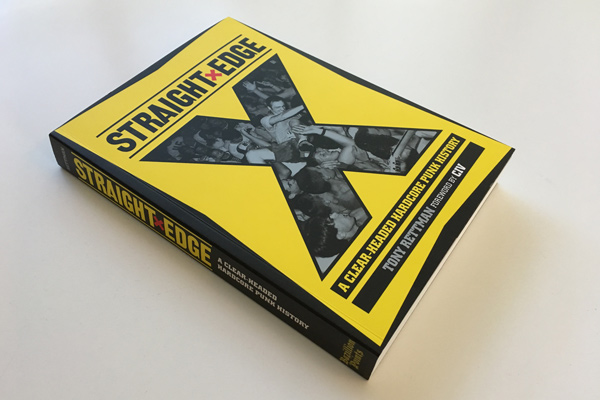 Deluxe 400-page softcover book with foreword by Civ of Gorilla Biscuits
This deluxe softcover runs 400 pages, features a foreword by Civ of Gorilla Biscuits, includes a full-color insert, and after is available HERE. This is the latest authoritative and exhaustive leap by Bazillion Points into the vast demi-world of a powerful DIY subculture. Launch events were mobbed at the Sonos NYC store, Bridge 9 Records in Boston, and Hold Fast Records in Asbury Park, NJ, where Tony Rettman sat for a riveting Q&A with Minor Threat's Brian Baker.

Starting in 1981 via Minor Threat's revolutionary call to arms, the clean and positive straight edge hardcore punk movement took hold and prospered during the 1980s, earning a position as one of the most durable yet chronically misunderstood music subcultures. Straight edge created its own sound and visual style, went on to embrace vegetarianism, and later saw the rise of a violent militant fringe. As the "don't drink, don't smoke" message spread from Washington, D.C., to Boston, California, New York City, and, eventually, the world, adherents struggled to define the fundamental ideals and limits of what may be the ultimate youth movement. 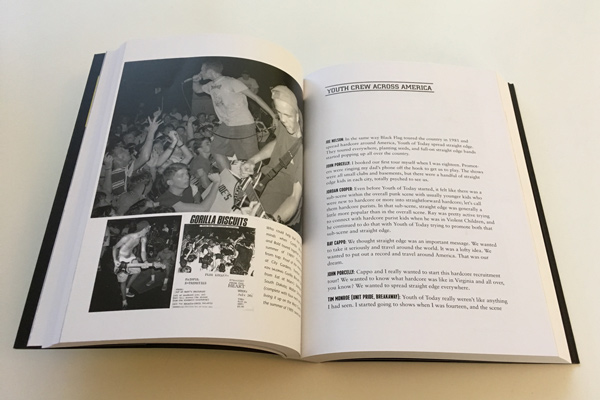 Time Out New York calls the book: "a trip through the storied history of the straight edge punk movement, from its origins in 1981 as a call-to-arms from the band Minor Threat to its later flourishing as a fully-fledged counter-culture manifesto."

"What separates hardcore from punk is that punk was just saying, 'fkck this place.' Hardcore was saying, 'let's make a difference. Let's make our minds stronger and focus.'"
- Toby Morse, H2O 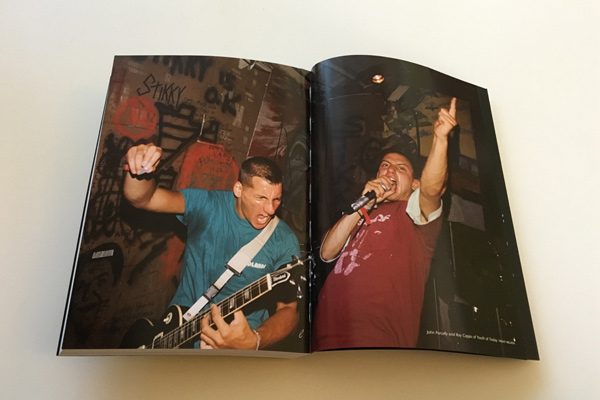 "We were out to create a revolution. We loved the power and energy of hardcore, but not the whole self-destructive punk ethos. We were into being healthy and living clean, mean, and smart."­
- John Porcelly, Youth of Today
"Straight edge became a religion. It's a very strange feeling to be one of the unwitting founders of this religion."
- Jeff Nelson, Minor Threat

"I'm honored to be part of this book, which accurately recalls a counterculture within a counterculture, a movement that changed the course of so many people's lives, including my own. Straight edge gave us some stable footing and handrails in a confusing time, and provided us a soundtrack of hard, positive, and life-affirming music to craft our progressive and positive adult lives. This book will serve as a crucial and authoritative glance into that world, shining light for fans around the globe on a time that we will never forget."
- Ray Cappo, Youth of Today

"I fxcking loved it! The SSD stuff was amazing, they were my game changer. I also really loved the Uniform Choice chapters. It's a great book. Tony Rettman has done it again, and I'm stoked to have a small part in it."
- Mike Ferraro, Judge

"I will look forward to having this on our coffee table and showing it and reading it with pride for my role in this beautiful movement, for what you've done and captured, and what straight edge was, is and will be."
- Dave Smalley of DYS/All/Dag Nasty 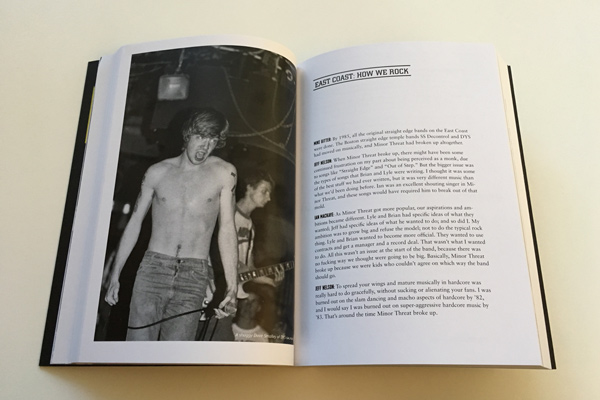 "Tony Rettman's book is THE CHOICE for a firsthand account of the history, inner workings, and real truth of straight edge, one of the most important cultural influences of the last century."
- Al Barile, SSD
"A fantastic read and a true documentation straight from the people who made this small scene an important piece of music history."
- Dennis Lyxzen, Refused

"I love this book! Everyone's stories are tied together to bring validity to the subject. Rettman covered a lot of ground here, and I'm impressed."
- Steve Larson, Insted
Posted by The Ripple Effect at 12:30 AM