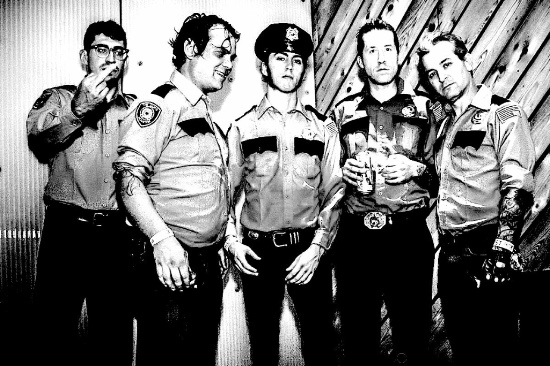 Following a recent confession given under duress, Artificial Head Records is hereby legally obliged to inform you that this February will see the official release of First Offense, the debut album from Houston-based protectors of punk rock and inhuman decency, The COPS.

Formed in the Fall of 2016 by members of bands from Houston’s thriving punk rock scene, straight off the night stick it’s worth observing that not only do The COPS dress like police officers when performing live, they actually sing about the system. As tracks like ‘Homicide’ channel the speed freak punk guitar play of The Briefs and Electric Frankenstein and ‘Life On The Beat' proving to be a mean municipal anthem in-waiting which sits perversely amidst a throng of Minor Threat, Hot Snakes and Pissed Jeans-loving reprobates.

Freeing their tongues from their collective cheeks to knock out some of the catchiest and most infectious jams you’re likely to hear from anyone/anywhere, having opened shows for the likes of JFA, NOBUNNY and Reagan Youth it seemed only logical that they would eventually team up with local legends Artificial Head Records. Having served the Houston music community loyally over the years the label has released albums from the likes of Funeral Horse, Jody Seabody & The Whirls and Cursus, not to mention some releases from further afield by bands such as Mountain God and Terminal Cheesecake.

“I'm glad that Artificial Head saw us for what we are,” explains front man and singer Tony Fulco. “I've been in bands and have recorded plenty of songs, put our own CDs and all that. But we’ve never done vinyl. The COPS is the best, hardest working, and funnest band I've ever been in. So, for them to come along and say ‘Hey, we gotta press some records!’ just makes it that much funner.”

Stream and share ‘Repeat Offender’ by The COPS here – http://artificialheadrecords.bandcamp.com/album/the-cops-first-offense
The COPS: 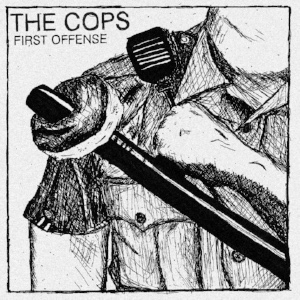