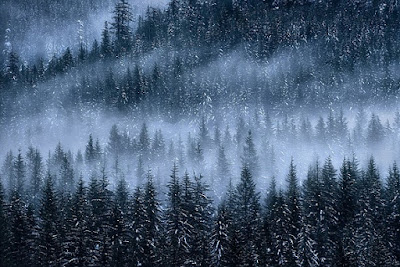 Winter is definitely here and the colder temps have surely caused a sluggish output of bonanza material for you all. Sorry about that. It’s not that I am too cold to write these features up, it’s more of the same old excuse. Busy at work, family is needy, I am lazy, etc…. However, my listening habits are the easy part to keep up on. I have not stopped listening. To tell you the truth the more time goes on the more I seem to listen to new and exciting music and the less I find myself reflecting on it via this feature on the blog. Anyhow, I will try to be better at consistency and have a handful of albums to keep your fire kindled in the meantime.

Old Major – OK
Nothing screams winter like that Bear on the cover and Old Major have unleashed a beast of an album on OK. Released back in August it’s been sweltering in my collection and just recently came back up on the radar after digging back through the archives and realizing I hadn’t mentioned it yet in the bonanza feature. Old Major have a very unique twist of different sounds. I described their last album out on R.A.I.G. Records as a blend of QOTSA and Red Hot Chili Peppers. That might not be entirely accurate on OK, but the album surely stands out from the pack with its eclectic breed of heavy groove.  Slow rumbling basslines, heart throbbing vocals, and mind traversing atmosphere keeps the pace alive on OK. Not a dull moment. Highly recommended to get you out of the cliché stoner rock gutter.

Mountainwolf – Absinthe Moon
The latest album by Mountainwolf maintains that Spongbob album cover pattern, as well as staying true to a progressive wall of piledriving fuzz they demonstrated on their debut. This is one epic release I am impatiently waiting for on vinyl.
Mountainwolf have fermented a potent elixir of downtrodden grunge meets celestial doom on their latest ‘Absinthe Moon’. This is the kind of album you finish up and feel like you’ve just awoken from some sort of demented, yet wet, dream, pushing the repeat button like snooze on a Monday morning. Entrenched with epic groove, serene riffs and enchanted melody. It’s a grower and a shower.

Bottle – Where Here Is
This one kind of took me by surprise and gets better with each listen. I can’t help but be reminded of Witchcraft back when I first discovered them. Bottle has that occult ring to it and names a song Witchcraft which undoubtedly ode’s the band. Winter may be here in the states but these Aussies are waxing up there surf boards and hitting the water to cool down. Wherever you reside, Bottle will surely sooth you in a good way.
Where Here Is is where it is in the realm of slow-baked doomy fuzz. Bottle shake up a frothy head of groove guzzled by mournful croons and occult infused blues. Bottoms up!

Elkhead – Swamp City Vol. 2
These guys just do it for me. Can’t believe there isn’t more attention on their bandcamp page. Why don’t you join in on the fun. It’s about the price of that overpriced coffee you claim you need. However, listening to good shit like this will keep you wide awake without caffeine and in an unlimited streaming format and choice of high quality download type.
Take the hard rock swagger of Mick Jagger dosed with the druggy haze of Jim Morrison, shake it up in a barrel of SoCal beach sand and you’ve got the mystic rockabilly flair of Elkhead. Prime-time psych-ridden grit floating like a rusty surf board on a tidal wave of whiskey.

Redscale – Set in Stone
This one immediately caught my attention with it smashing vocal performance and conceptual song titles. The melodic chorus runs and solos add a nice flair to the intimidating album cover.
This album cover describes the sounds within. The muscular vocals drag weighty metallic riffs barefoot across a petrified atmosphere of fuzz. The songs have big, fat, catchy chorus's and endless grooves driven by a raspy power vocal.

Smoke Healer – Highway Meets the Sky
Talk about Ripple Rock, Smoke Healer diagnoses the need for speed and riffs on this stoned out sexy album leaving you in with the Ripple Quivers. No, they aren’t on Ripple Music, but we were joking about a new genre category and one thing led to another our Ripple Nipples were standing on end. I did tell you it was cold outside, but make sure you don’t change out of those short shorts.
I came for the denim and stayed for the turbo charged riffs (and denim).

Fire in the Field – War Bonnet
This may very well be one of my favorite new albums on bandcamp. The guitarist is something else. One hell of a frontman and what gets me excited about these guys is they are young, they are ambitious and those little guitar ditties scattered throughout the songs give this one a vibrant feel.
Not only does War Bonnet extinguish the flames set by the scorching debut Gypsy Tea Room, it retains the rock n roll fury with another layer of banging guitar licks, catchy grooves, and stage commanding vocals. Those guitar freak outs buried within seal the deal rather nonchalantly.

Sorry if I bombarded you this round. I was playing a bit of catchup trying to stay warm. I’ve definitely stocked up on tunes and will have more coming soon including the Best of Bonanza 2017 edition where I plan to list my favorite bandcamp finds of the year. Wish me luck there.

thanks for the review of Smoke Healer...my friends are awesome, aren't they? I will be checking out your blog more often.