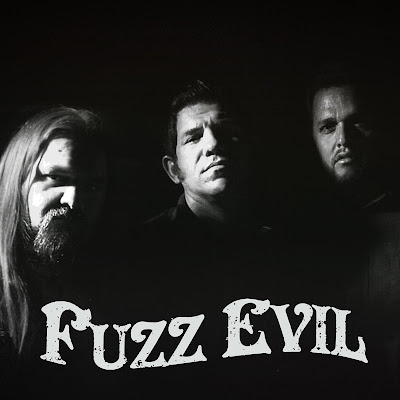 Formed in 2014, Fuzz Evil is a chug-heavy 3 Piece that tames the fuzziest guitar and bass tones on the planet and wields them to blast a monolithic speaker-ripping fuzzapocaplyse for your ears and soul. Raw and dirty in "Stooges-like" fashion with soaring soulful vocals. Fuzz Evil released their first single, “Glitterbones” on a 7” split with the California trio Chiefs on Battleground records in 2014. In 2016 they followed up the single with a full self-titled debut release on Battleground records.  In the past few year they have gone through a few line-up changes. The current line-up is Orgo Martinez on drums, Wayne Rudell on guitar and vocals, and his brother Joey Rudell on bass and vocals. 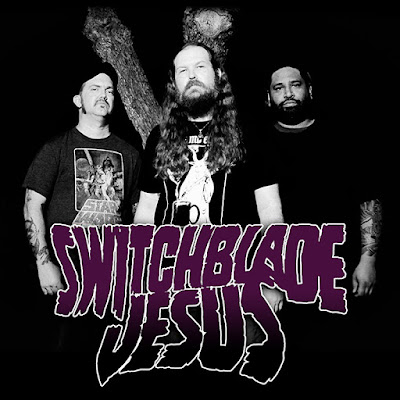 From the depths of Texas, Switchblade Jesus returns with a heaviness and deep grooves that succeed their previous recordings. Mixing southwestern boogie, desert-worn blues, retro-metal assault and fierce rocking into a sound that screams Texas–at times sanguine and starkly beautiful, at others full of damn sexy groove and assaulting violence can only describe the music of Texan power rocking, fuzzed out stoner blues trio, Switchblade Jesus.

Consisting of Eric Calvert (Vox/Guitar) Jon Elizondo (Drums) and new comer Chris Black (bass) to the fold to create a new chapter in Switchblade Jesus, more Doom and Gloom but no lack of the groove that the Texan's brought in the beginning.