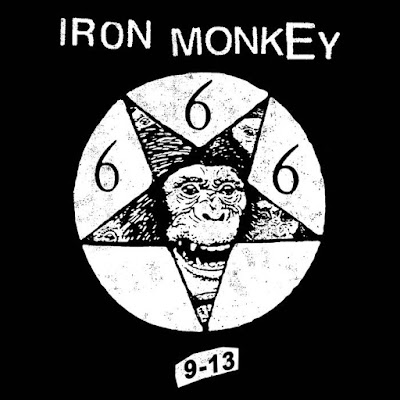 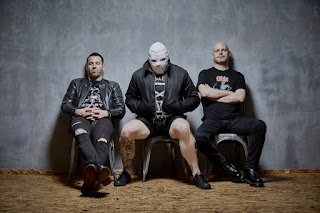 Clocking in at 9 tracks and 48 minutes, 9-13 unloads with all the menace of a dump truck filled with busted concrete and rebar.  Opening track “Crown of Electrodes” jolts to life with a sonic fury that sets the pace for the entire album.  The vocal snarl that leads the attack is quickly followed by scorching guitar licks and drumming savagery that blisters the landscape before morphing into a morass of sludgecore.  This finely tuned formula repeats itself with little to no variation on tracks “Toadcrucifier-R.I.P.P.E.R,” “Destroyer” and “Mortarhex,” but with results that are nothing short of staggering.  With little time to recover from the previous assault, “OmegaMangler” grabs the baton and begins to rumble and chug with an incendiary cocktail of riffs and percussive thunder that leaves the listener bruised and battered.  In a similar mold “The Rope,” “9-13” and “Moreland St. Hammervortex” pulverise your cerebral cortex with a smoldering blunt force trauma.

Throughout the album Rushby’s vocals are reminiscent of the wild-eyed spray of “Taz” the Tazmanian Devil, and are the perfect vehicle to accompany this angry musical theater.  His guitar work stokes the flames that are expertly fanned and fueled by the rhythm section work of Watson and Briggs.  From the ashes of the phoenix Iron Monkey are reborn and their sinister christening is 9-13.