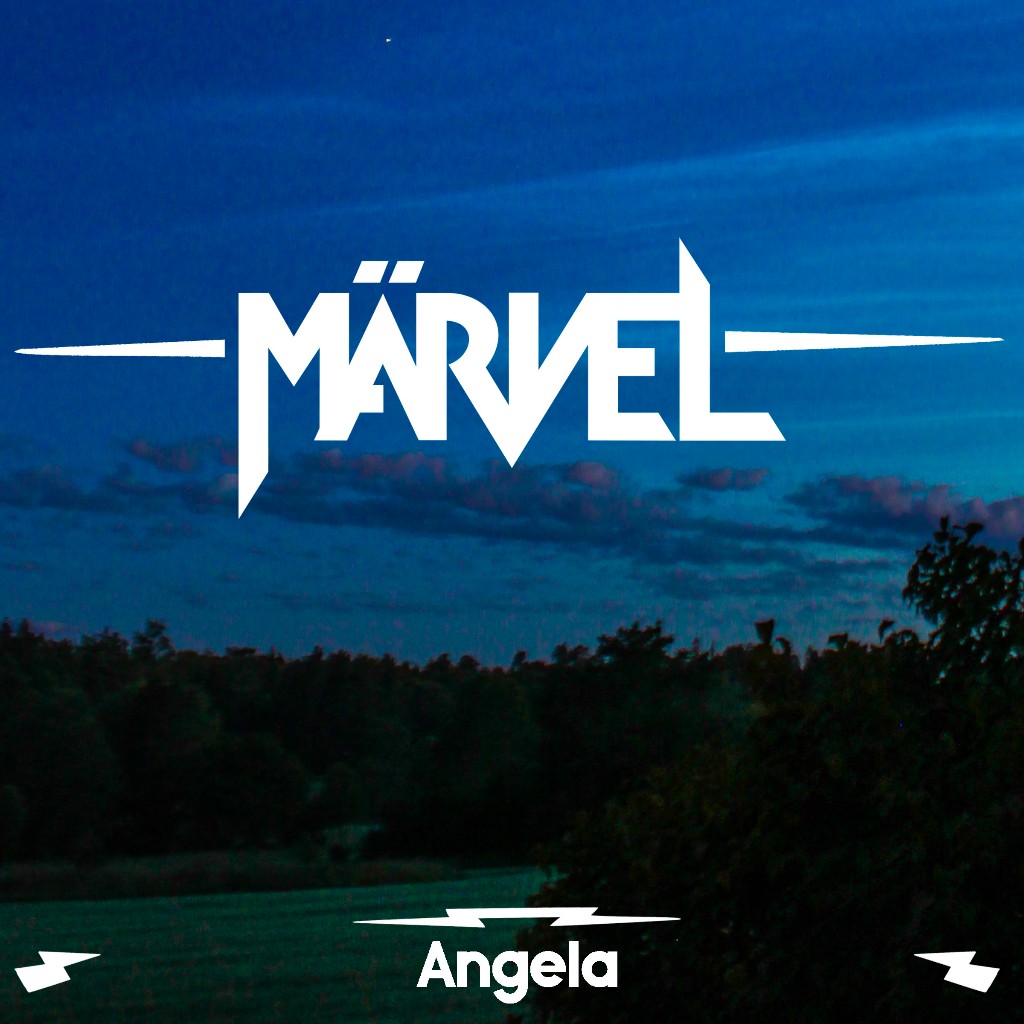 
Angela is the third single from the upcoming Märvel album ”At the Sunshine Factory”. The track is covering the subject of true love and separation in space, and according to the band the best way to do so is by exploring the fine art of rock’n’roll ballads. Without a doubt,  the band looks way back into history this time around,  and not only for their true love but also when it comes to production and sound. Using all the tricks to create their perfect ballad, Angela contains both an 80´s guitar solo and just the right amount of piano and choirs. Angela is the most memorable song to date from Swedish rock sensations Märvel. This track is for all the distressed lovers out there…

The album ”At the Sunshine Factory” is set for release the 6th of October on The Sign Records. The band have worked hard to create a ”larger than life” sound, building a studio of their own to get enough time to develop their songs to perfection. A cheerful production disguises a darker lyrical theme affected by today's world situation. Märvel, known for their contagious hooks, pop melodies and rock 'n' roll soul, have tightened the bow and made braver decisions to make this the stand out album of their career. The album's spine is still very much vintage Märvel, yet each of the twelve songs have got more of a character of its own. The Swedish rock veterans are set for new challenges and conquests. Märvel have never been this well equipped and ready to make a first and lasting impression on a new audience and deliver something fresh and virgin to their old fans. The band shines like never before.

”At the Sunshine Factory” is a self-produced album recorded by the band at studio Solskensfabriken. Mixed by Stefan Brändström at Dustward Studios and mastered by Magnus Lindberg. Märvel have been an active band since 2002.