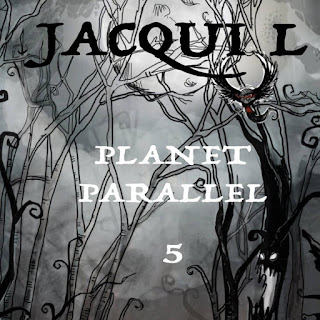 Australian prog artist Jacqui L has released her debut album that is a conceptual piece that has ten tracks of intriguing music that will capture your attention. She states that she is a scorpion/alien from the planet PP5, but let’s not hold that against her.

Starting with an a capella that did nothing for me, I thought that this was going to be a hard listen, but then comes the first song with its Middle Eastern sound and then it started to happen, “Frankenstein” got into my head and I had to hear more. “I’ll Covet” has a great chorus and is a pretty heavy track that I just loved from the start. As I continued to listen, the songs became better and better, maybe this alien was corrupting me through her music, you never know. With great songwriting and tight playing, this was continuing to draw me in and then I got to “Cold” which had a great ‘70s vibe to it and almost a Supertramp sound to the keys.

I was thinking that this was going to be some sort of pretentious tripe, but it really was a fantastic album from start to finish. The people from planet PP5 are coming, and they can take me as their slave, as long as I can listen to this over and over again.