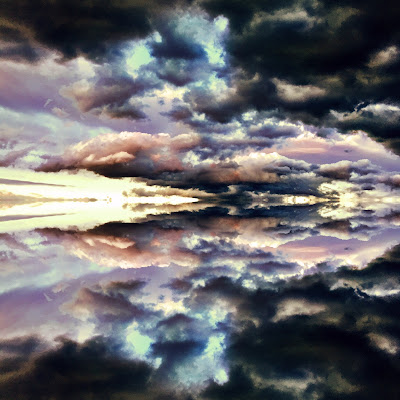 God damn, it was 100 degrees last week and snow on the mountain tops this morning. Fall has officially arrived. What’s this mean for Bandcamp Bonanza? I’ll tell you one thing, it means you can be certain there will be more bad ass albums presented as often as I keep my lazy ass copying and pasting the links. Listening is the easy part. All you gotta do is push play. GO.

Neoga Blacksmith – Chronontonius
I remember I first discovered these guys a couple years ago while I was on a business trip in Seattle and being completely blown away. To this day their last album is one of my most played albums in my bandcamp collection.
Another stellar output of heavy eclectic blues rock hypnotizing us with a sly, psychedelic twang, hair raising keys and mind numbing melodies. I would love for all their records to be available on vinyl.

The Miracle Mongers – Dumb Monsters
This one popped up on the feed a week or so ago and I was hesitant at first due to the band name being a little bit silly. Upon a full listen I was hooked and have been playing this one almost every day lately. It grows on you. The musicality is on point and with a little more exposure these guys have potential to be great. I’d like to see what they can do on stage to be honest.
Fat and doomy guitar tones spiked with proggy California feel-good groove. Favorite track: Oblivion.

Sanhedrin – A Funeral For the World
Debut album of the Year? For fans of everything heavy metal Sanhedrin will satisfy. The riffs are huge and catchy at the same time. Their description on their page is on point and I have been digging the shit out of this ever since it dropped.
A Funeral For The World celebrates all things heavy metal with a scorching metallic fuzz overlain by Maiden esque vocal chops and a groove factor off the charts. For any fan of metal, stoner, doom, or hard rock. This will go down as one of the strongest debut metal albums of 2017. Mark my words.

Widows and Crows – The Sins of Ravens EP
Wow, what a powerful display of heavy blues meets outlaw rock and roll. Definitely got my radar on these guys. Think Shawn James meets The Devil and the Almighty Blues. .

Taiga Woods – Taiga Woods
Pun intended in full. Doomed & Stoned website and blog brought this to my attention the week leading up to its full release. Billy Goat couldn’t say enough good things with the full on interview and breakdown of the album on the blog. I listened and I couldn’t agree more. This album is on fire.
Taiga Woods drives the green with this impressive debut album complete with reverb drenched fuzz, pop laced vocals, and hook laden chorus runs. The tumultuous riffs are progressively catchy and its psychedelic flair remains bogey free. Favorite track: Do What You Want.

Gin Lady – Electric Earth
I have been a huge fan of this band for some years now and soon to be proud owner of the latest album Electric Earth on vinyl. On first listen I was a bit taken aback as I was sort of expecting something different. What I did not expect was how much the album grows on you and reminds you of the softer side of the 70’s classic rock sound. And look at that artwork!!!
Electric Earth exposes Gin Lady's aged rock roots with a new, modern masterpiece. The tuneful southern twang erodes the landscape with 'organ'ic melodies and soothing classic rock riffs that pay homage to a musical era fermented by 50 years of sunshine and water. It's as if the Allmans and the Doobies found out they were blood brothers separated at birth and made a record in celebration.

The days are getting shorter and the air is crisping up as its approaching my favorite time of year. As with every season, the music gives us comfort against the changing temperature and waning sunshine. Until next time I’ll try and keep the bandcamp fire stoked.