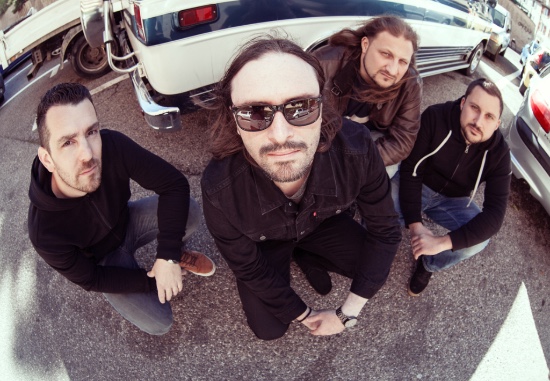 This September will see the official release of Join Hate, the explosive new studio album (and third in the canon) from French rock and rollers, Rescue Rangers.

Since their formation in 2007, for lead singer and guitarist Pascal Mascheroni every day since has only served to heighten and advance his near talismanic-like qualities as a songwriter. A long-serving student and practitioner of classic rock, stoner metal and hardcore punk, after performing at a local show in Marseilles with desert rock nonconformist Nick Oliveri, the band were invited to join Mondo Generator on tour across North America later that summer. Deep in the process of writing and recording new material at the time, Mascheroni gladly obliged and in return asked Oliveri to lend his vocals to the song ‘Creeper, The One Who Creeps,’ on Rescue Ranger’s brilliant 2012 album, Manitoba.

As fellow kindred spirit and stoic campaigner of high octane rock’n’roll, it was following a performance on stage with the former Kyuss/QOTSA bass player in LA that he was introduced to another cult luminary and equally enamoured Rescue Rangers-supporter in Page Hamilton. By request the band has just this month returned from an extensive tour supporting Hamilton’s legendary NYC noisemakers Helmet across France and are currently readying themselves for the release of their brand new studio album this September on F200 Records.

Produced by Hamilton, Join Hate is the French quartet’s third release and an out-and-out treat for fans of heavy rock and electrifying song writing. Ballsy, voluminous and best of all stacked with promise, for anyone just discovering the band it’s an ear opener, and for those already in the know, a real statement on just how far they have progressed since day one.

Join Hate by Rescue Rangers is released on 1st September 2017 through F200 Records. 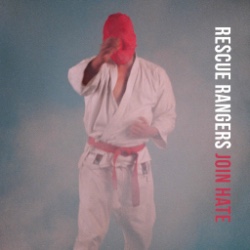 Produced by Page Hamilton
Recorded and mixed by Nicolas Tchakamian