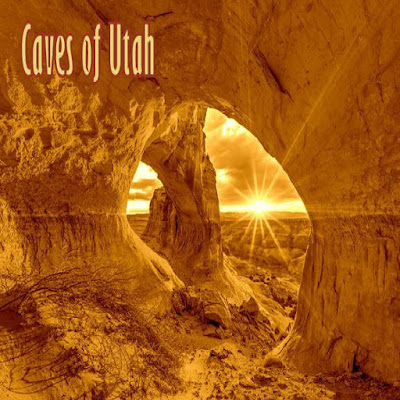 The album cover making the cover of today’s bonanza takes you to another place. Personally I love the high desert landscape as it puts me at ease. We have a variety of styles featured today all of which also put me at ease in a way that only music can.

BJ Wilbanks – BJ Wilbanks
BJ Wilbanks was recommended by a friend on facebook and I ate it right up. Ordered the vinyl after a few full listens as it just has that sound that yearns for crooning away on the turntable.
Soulful, countrified southern blues screaming total class while gently tugging the heartstrings of authentic Americana meets rock n roll. Fans of Chris Stapleton take note.

The Teskey Brothers – Half Mile Harvest
I was sold right off the bat with these guys. I would normally have ordered the vinyl, however I’m sort of on a new budget trying to get my finances organized and really pushing myself to hold back on the vinyl buys. But even though it’s quite pricey to import from Australia, it is well worth it. Right off the bat you get a bit of an Allman Brothers blues vibe, but with perhaps a bit more soul injected. I played all the albums from The Teskey Brothers repeatedly the other day upon discovery. You should too.

Caves of Utah – Caves of Utah
Caves of Utah is a project by a somewhat prolific artist it turns out after diving in further to the band.
This Billy Fridrich dude is quite prolific. Just as his other project Axis/Orbit piqued our attention with its garage/psych/rock amalgamation, Caves of Utah blister the sunset with a rather melodic approach. The cave walls are etched with metallic solos, sun stained vocal croons, and tinted with a film of grunge as the diversity between each song carries its tone into the desert horizon.

Slingshot – A Period of Reflection
This popped up on my bandcamp feed the other day and seemed worth checking out. Boy was I glad I did. Being released in 2013 normally has me scratching my head wondering how I haven’t heard of them yet, and offered at name your price the band was off to a great start. Fast forward to multiple listens from the 2 full lengths offered up and my mind was completely blown. Be sure to listen to their latest one as well. Top quality stuff guys!
Slingshot rear back the whip and let loose a progressive cannon of heavy groove propelled by quality song craft, soaring riffs and a golden vocal rasp. This ain't your everyday stoner rock folks. This is something special. Mindblower alert!!

Void Commander – Shrooming Window
Shrooming Window is an interesting concept and a killer piece of music at that. The tracks are massive on this baby. It starts out extremely fuzzy with an occult like doom vocal, high on low end and as the album progresses the psychedelic elements begin to peak just as coming into a trip off a bag of shrooms. This is still hovering in my wishlist at the current time, again budgeting is a bitch, but you should give this your full attention. It really gets better the deeper and deeper into the trip

Hope you enjoyed this edition of Buckys Bandcamp Bonanza and see you in another week.