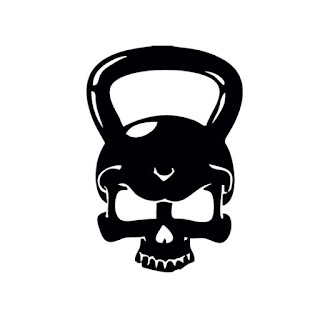 Whether hot off the press, repress, bench press, or just finally made its way to your wallet to unleash the vinyl buying euphoria, bandcamp offers not only unlimited streaming, high quality digital downloads and the ability to seamlessly review, promote and share your favorite albums with the world, but you can double down and have the available physical format shipped right to your door. Today I’ll share a few recent repetitions of physical items that are either in route or arrived to my vinyl lair and are now object of worship and maintaining the physic of my collection. 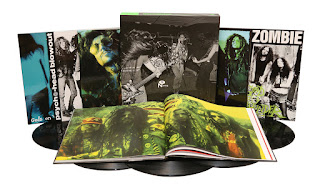 First up we have this stellar box set that just recently found its way to bandcamp. As described on bandcamp:

“It Came From N.Y.C. is the most exhaustive attempt so far to document the band’s wondrously ugly birth. Get reintroduced to White Zombie as New York noise-rock, a grotesque creation that clawed and threatened its way to crossover metal glory.

On June 3rd 2016, Numero resurrects White Zombie’s eternally out-of-print early EPs and LPs as It Came From N.Y.C. Spread across five LPs or three compact discs, all 39 tracks have been remastered by guitarist J. Yuenger and packaged alongside the original lurid artwork. The accompanying 108-page book painstakingly documents White Zombie’s punishing progression through scores of unpublished photos, period discography, a T-shirtography, and tales from the terrifying early years that stitch together the sordid story of a band whose true power eclipsed its mainstream heyday. White Zombie lives. Don’t be afraid.”

It appears I am the sole supporter on bandcamp minus those who may have purchased and not added to their collection. Silly kids. Anyhow, I was skeptical at first but after talking to several ambassadors in the vinyl scene it was confirmed this was legit and after pushing play on the stream I was hooked.

“I’m not a total punk rock aficionado by any means, but this is some filthy rotten street punk in the form of a collector’s item box set like no other. I had to pull the trigger. Verified by some of the truest and bluest vinyl ambassadors as being legit, White Zombie (pre-mainstream) has surprised me with an all-out punk rock assault, which documents the birth of the alt metal giant. This is great!!” 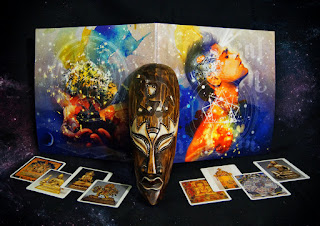 This was one that I missed out on initial run of limited physical apparel but was indeed clued in on the music. I did a full review back in my Sludgelord days and the effects of the album are still present. Killer album and the black vinyl repress is available right now. I also snagged the last cassette tape of their latest EP. Keep your eyes and ears pealed for the occasional band that takes their merch and artwork to the extreme. Super excited to finally possess one of these guys’ outputs in physical format.

I reviewed this bad boy back when it was released and can't find the link to review for the life of me. Re-bought on vinyl today "The music portrays a feeling of serenity within its masculinity. Each song is spiked full of latent fuzz, scented with that ever so pleasant NOLA groove which deserves the utmost applause by combining raw power and rhythm to the wickedly brain-fried absence of reality."

Cactus Black – Midnight at the Crossroads 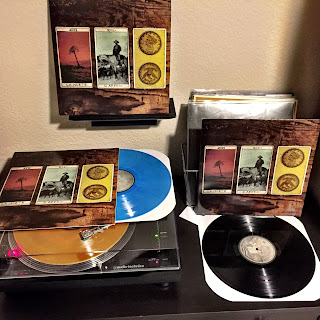 I’ve been a big fan of these cats since discovering their debut album ‘Las Cruces’ a couple years ago. They’ve put all their stuff out in physical format and I am proud to say I own them all. The new one is unmistakably a listen to behold. It takes a dedicated listen to really grasp onto the storylines involved, but man; it will grow on you and currently sitting at one of the better albums out this year. The vinyl sold out fast but I think there are still versions available out there. I went with the 3 disc bundle which includes the blue, orange, and black versions. The black version is still available at the Grimtale Records website. CD available on bandcamp.

Cactus Black have really stepped up their game with this epic slab of wax this go round the storyline is even more intense, the surf rock meets psych punk remains vivid and the acoustic outlaw blues smolder with emotion. Demands your full attention.

Zig Zags – Running out of Red 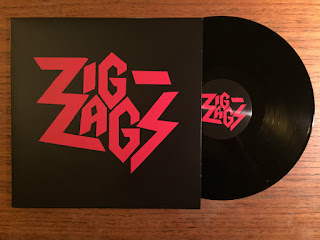 Zig Zags are a band I have always been intrigued by yet I never broke down and bought their physical media. That is until yesterday. I saw their newest single 7-inch purchased by a fan I follow on bandcamp on my feed, and I gave it a spin. Well that spiraled into me going back and checking their catalog and sure enough, their last album is still available on 12” LP format and a double listen confirmed I HAD to have it along with the 7” single. You have to double up to save a couple bucks on shipping right? Spend an extra $8 to save $2 is the motto. Anyway, if you look at Zig Zags catalog you’ll notice every fucking release is sold out. You know why? Well, multiple reasons I would guess, the number one reason being the music is sick!

I've listened to these guys on and off for a while. Today finally marked the day where I pulled the trigger. The high octane stoner punk fury runs the red to the brink of extinction. Unrelenting thrashed out grooves launch like rockets from scum stained mosh pits occupied by bikers and punks determined to reach space by way of the almighty riff. 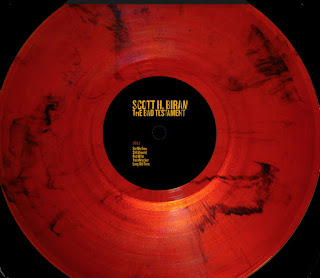 Bloodshot Records is perhaps to coolest record label in the area of outlaw country, punk country, traditional country and alternative hard country acts in the business. Superb taste and Biram is no exception. His latest album The Bad Testament is a good testament to the state of the country music scene. Although you won’t find Scott at the scene, he’ll be at the back of the bar with all of us, smoking down shots of whiskey and nursing wounds from the battlefield of rock and roll. Check it out and get on the vinyl. It won’t last long.

A little bit of outlaw, little bit of heartache, whole lot of honky tonk, a touch of hard rockabilly blues and a big ass-whooping slab of heavy acoustic bliss. The Bad Testament carries on the trail forged by Nothin' But Blood with an all-out assault on the hard and heavy Americana meets deep throbbing desperado blues. This may be Biram's magnum opus record. Game over!

Take a deep breath; I know you’ve just been slammed with a superset of tunes. Don’t worry, your body will adapt after a few short workouts, it’s completely normal to be sore, out of breath, and lose your mind slightly with any new workout. The physical addiction is for real, but once you become acclimated your loved ones will see you in a new light, the things you once loved will drop down on the priority list and in turn, you gain a few followers on bandcamp and move along chipping away at every chance you get to snag the next limited vinyl. Don’t forget to stay hydrated. Summertime is coming you want your camp body in prime form.